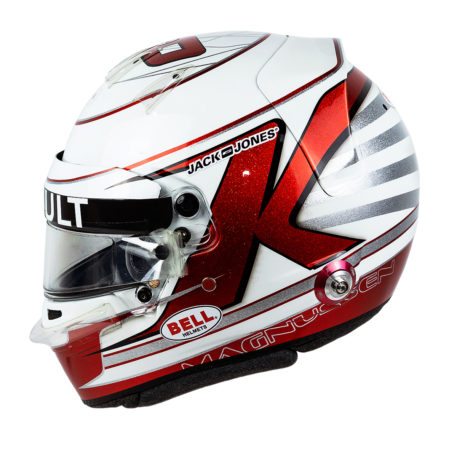 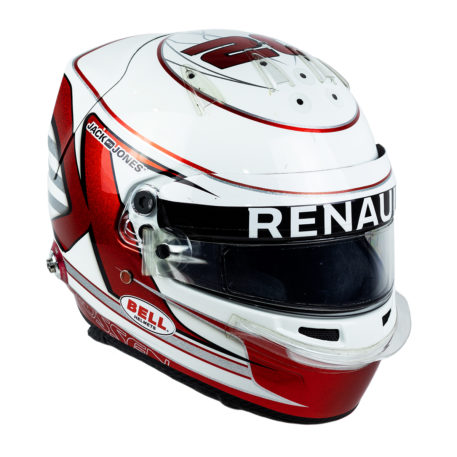 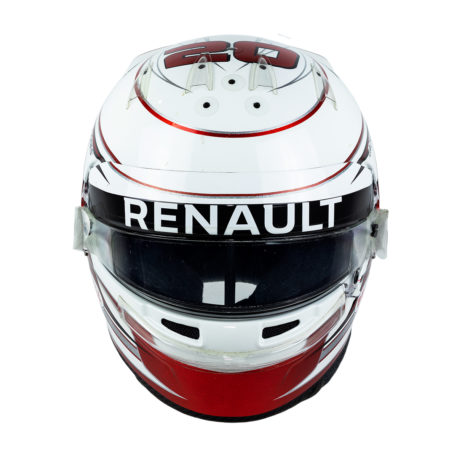 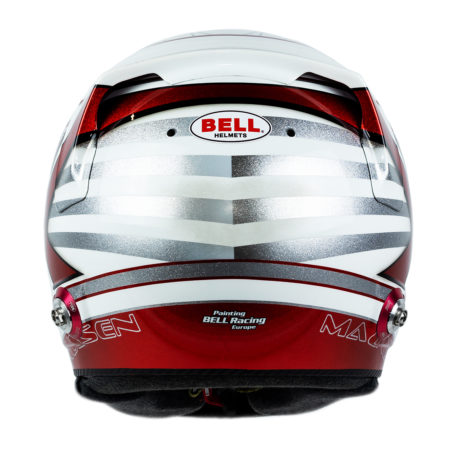 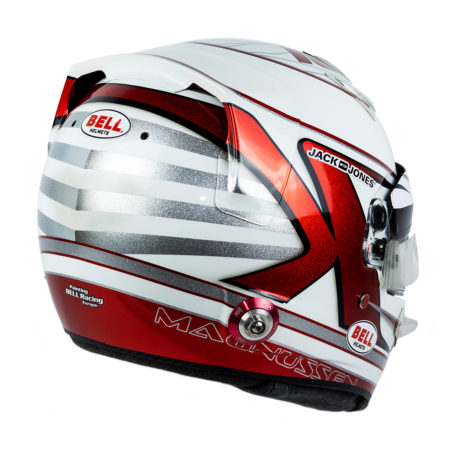 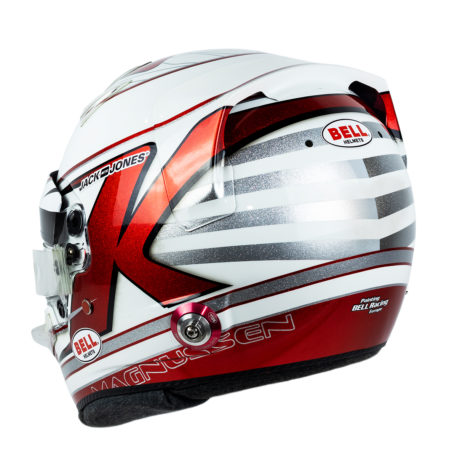 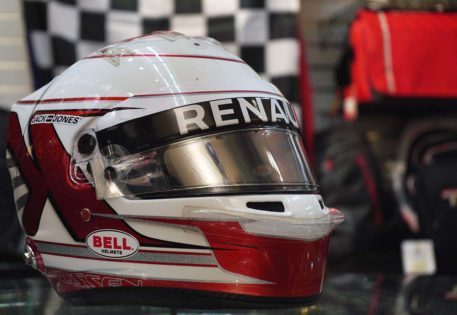 Bell HP7 helmet worn by Danish race driver Kevin Magnussen. It was used by Magnussen during the 2016 season while driving for the Renault Sport F1 Team. This was Magnussen’s only season with the team and “KMag” would score a season high 7th place finish with them in Sochi, Russia.

Magnussen famously exploded onto the F1 scene in 2014 with a 2nd place finish in his Grand Prix debut for the McLaren team. He has just finished his 5th full season in Formula One and was one of the stars in the popular Netflix Documentary series “Drive to Survive” filmed during the 2018 season where Magnussen finished 9th in the F1 World Championship.

This Bell Racing Europe painted helmet has a white base color and has a metallic red chin flash edged in silver.  This extends around the sides and bottom of the helmet and has Magnussen’s name in white outline lettering on either side. A silver band, edged in red, sits just above this. On either side are large metallic red initial ‘K’s’ that extends to join at the top around the back of the helmet. Also on the back are four silver chevrons and around the crown are two red/silver pinstripe bands. On the very top is Magnusson’s race #20 overlaying a silver graphic design. The visor bares a Renault sun strip and still has its tear-offs attached.

This is a stunning looking helmet that was worn by a current Formula One driver and would enhance any collection.