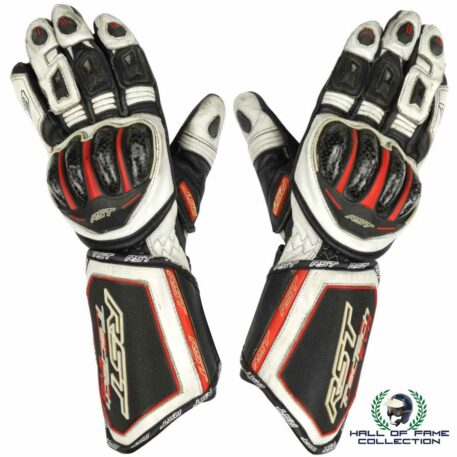 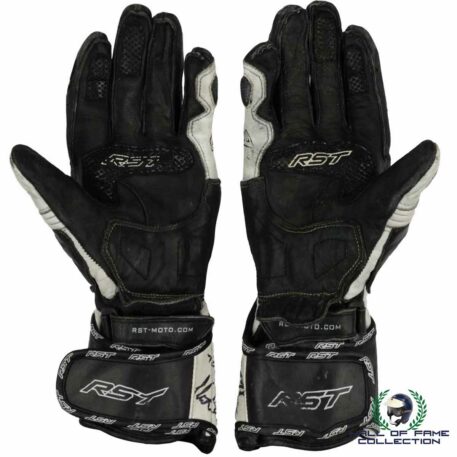 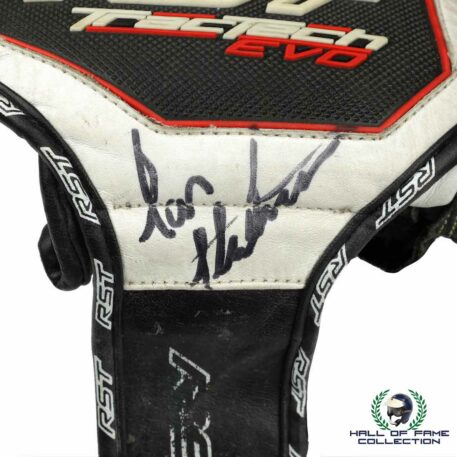 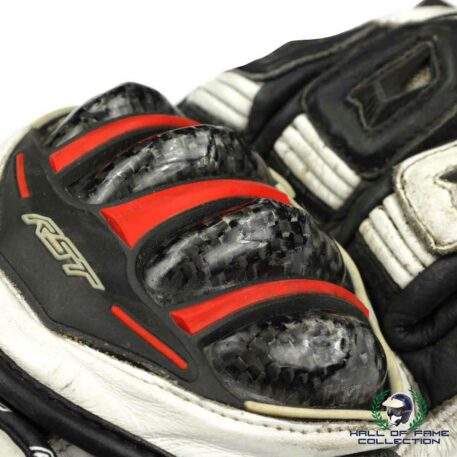 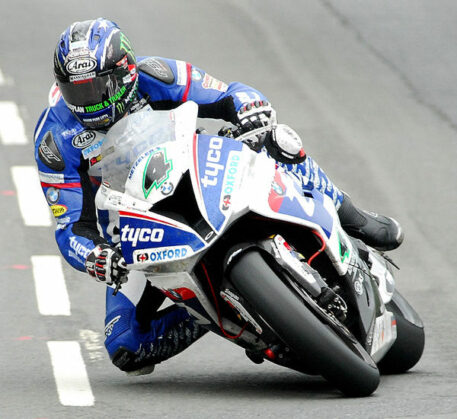 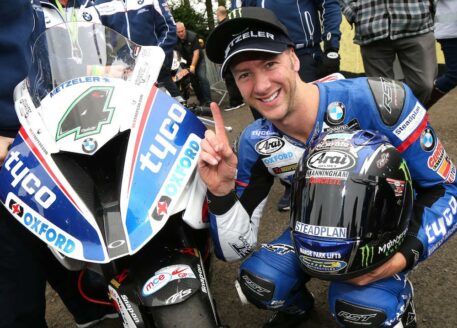 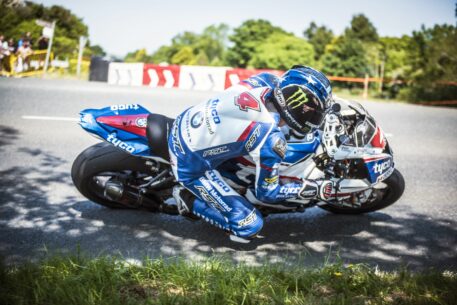 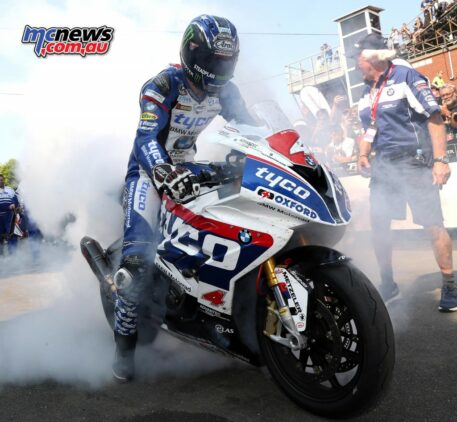 Race-used gloved worn by Brit Ian Hutchinson during the 2016 Isle of Man TT.

For 2016, he was contracted to ride Tyco BMWs for the Superbike and Superstock classes, with a return to Keith Flint’s Team Traction Control Yamahas for the Supersport class at North West 200, Isle of Man TT, and Ulster Grand Prix.

Hutchinson and Dunlop arrived on the Isle of Man amongst the favourites to take the honours in the main races at the 2016 Isle of Man TT. A week’s worth of fine weather during qualifying, saw Hutchinson power his TAS BMW S1000RR Superstock machine to a new lap record, beating the previous one set by John McGuinness on a Superbike the previous year. However, the time recorded was unofficial as it had been set in practice. The opening Superbike TT race saw Hutchinson and Dunlop at the head of the field from start to finish. Hutchinson trailed Dunlop throughout, although he did manage to record two laps inside the previous course record. Hutchinson eventually finished second to Dunlop by 19.06 seconds after 226 miles of racing.

On Monday 6 June, having secured a win on board the 600 cc Yamaha YZF-R6, Hutchinson made it two wins in a day with victory riding the 1000 cc BMW in Superstock TT. In a race which he led from the start, Hutchinson broke lap and race records.

On 8 June ‘Hutchy’ also took victory in the second Supersport event of the TT week, his fourth consecutive Supersport win at the 2015 and 2016 TTs, amassing a points-total to win the Joey Dunlop Trophy, a TT Championship, for the second year running.

The gloves are signed by Hutchinson and come with a Certificate Of Authenticity.