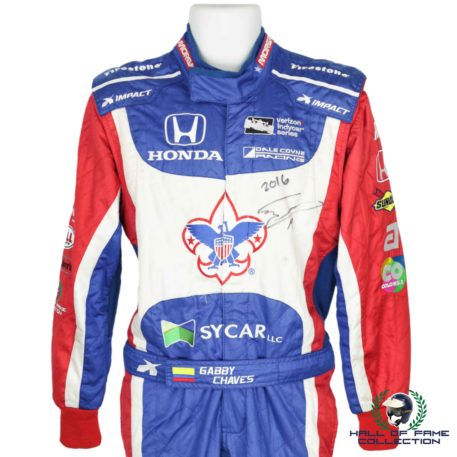 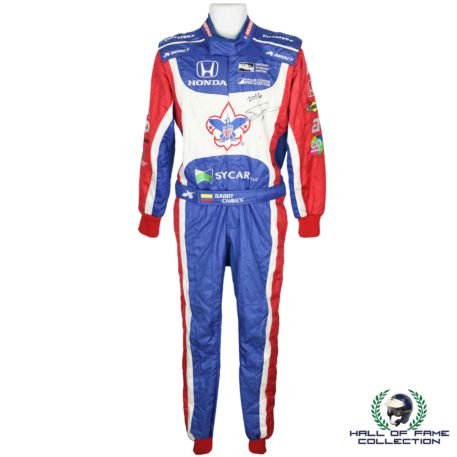 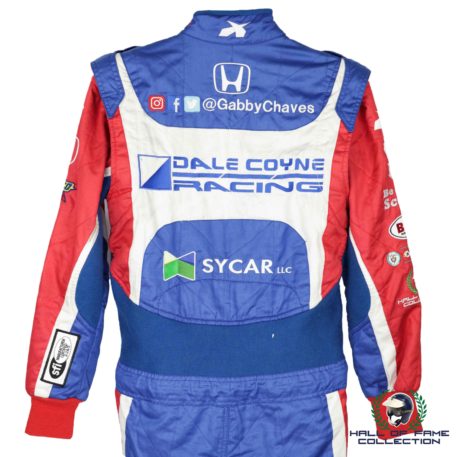 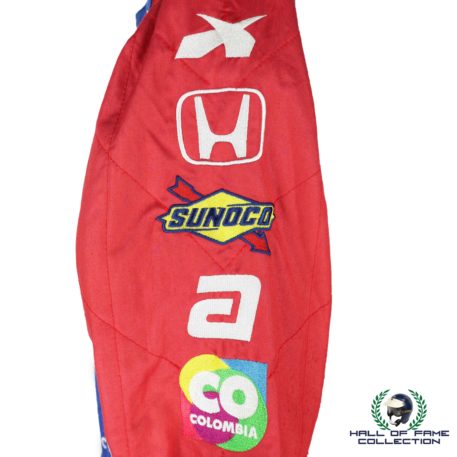 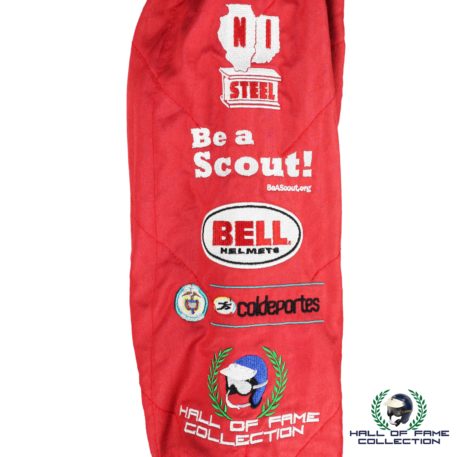 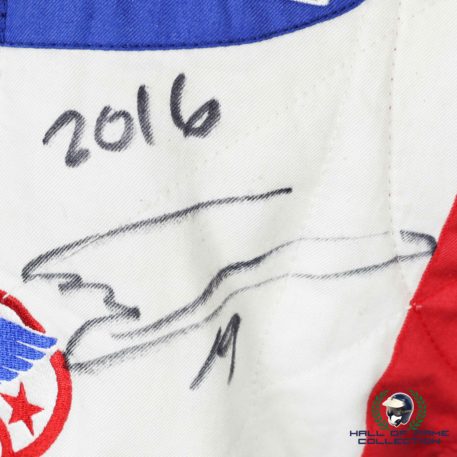 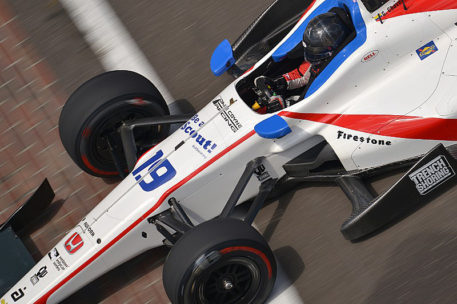 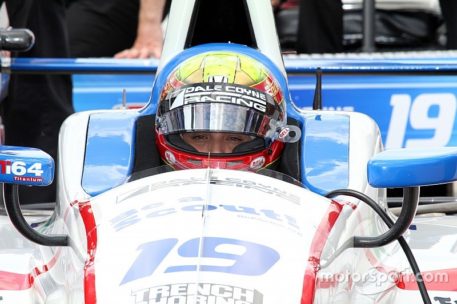 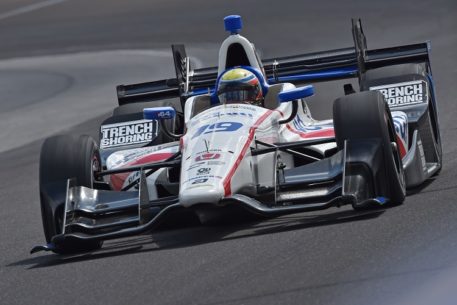 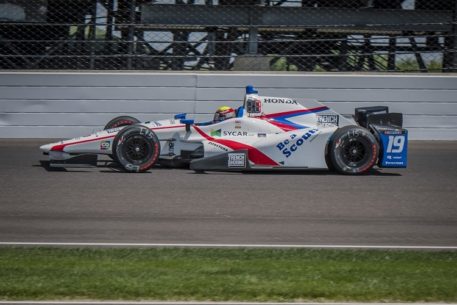 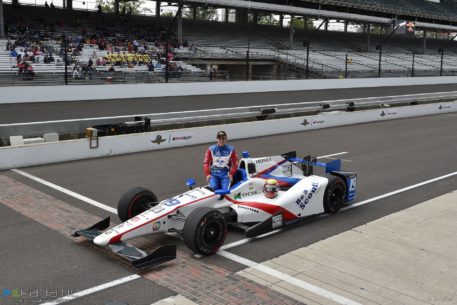 Gabby Chaves is a Colombian-American racing driver, currently competing in the WeatherTech SportsCar Championship and the Michelin Pilot Challenge. He raced in the IndyCar Series and is the 2014 Indy Lights Champion. The Colombian drove part-time for Dale Coyne Racing in the 2016 season, with a best result of 12th in race one of the Detroit Grand Prix in Belle Isle . In 2017, Chaves joined Harding Racing for the Indianapolis 500, Texas and Pocono races.

This very distinctive suit is in blue, white and red and has our Hall Of Fame Collection logo embroidered on the right arm along with other sponsor logos for Bell Helmets, Sunoco and Honda among others. Chaves’s social media information is embroidered across the back, along with the Dale Coyne Racing and SYCAR LLC branding logos below this. Gabby’s name and national are embroidered on the waist belt.

Chaves has signed and dated the suit on the front in black marker.