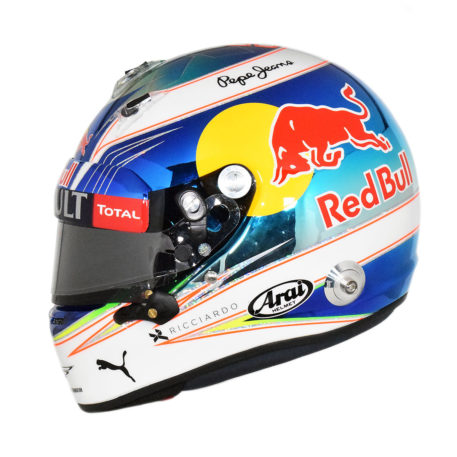 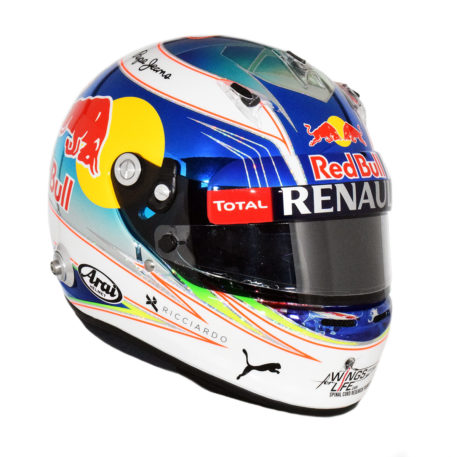 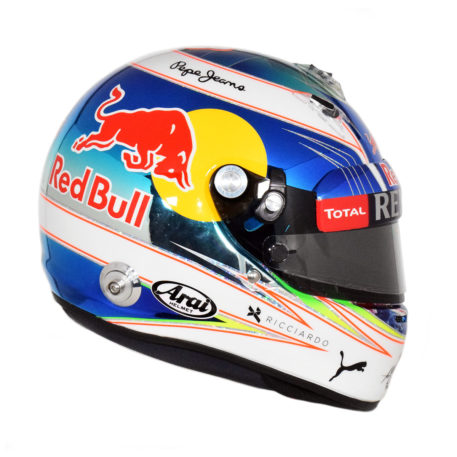 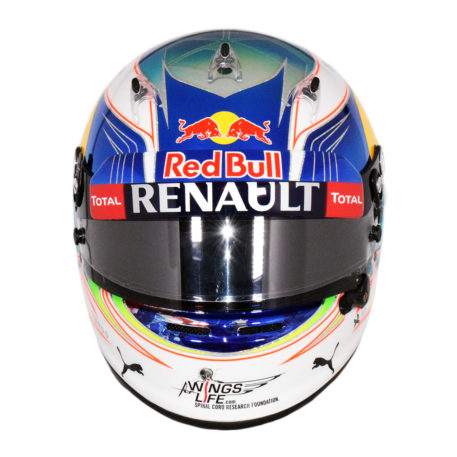 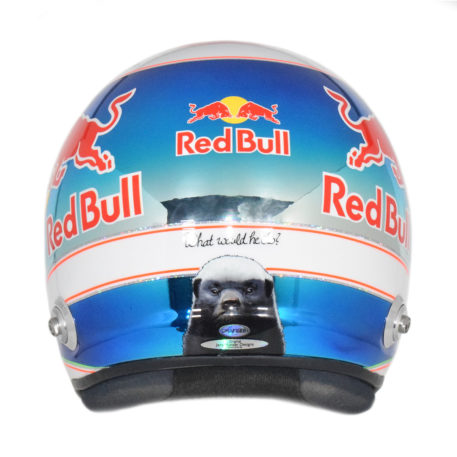 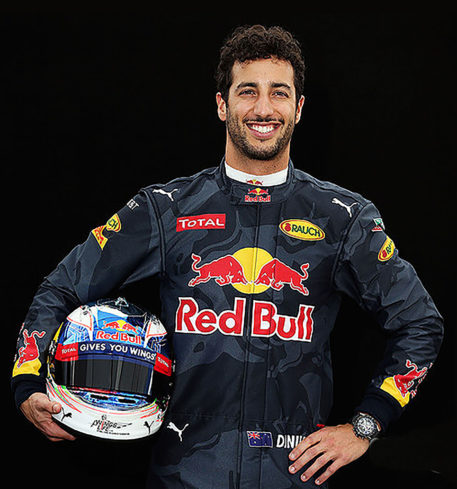 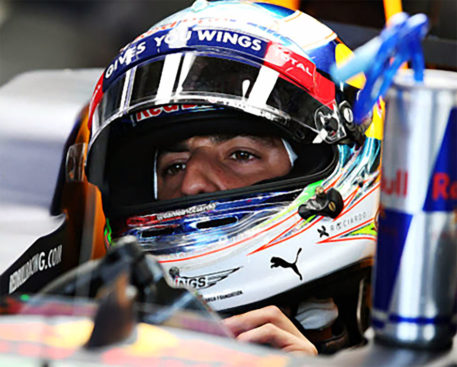 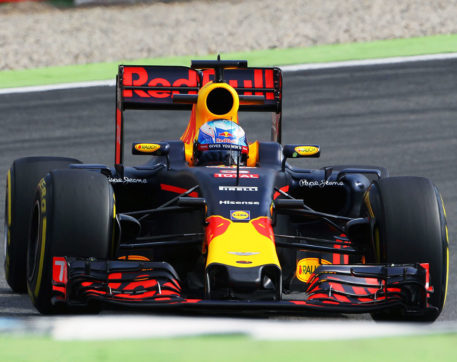 This Arai helmet was produced by the Jens Munser Design Studio for media/photographic use by Daniel Ricciardo and the Red Bull Racing team. It is an exact replica of one of the helmets Ricciardo would have worn during the 2016 F1 season in race situations. The helmet has a blue chrome finish over a white base. It features the ‘Honey Badger’ (Ricciardo’s nickname) image on the back. Above the picture are the words ‘’what would he do’’. It has the usual prominent Red Bull branding on its front, top and sides as well as Wings for Life, Puma and Pepe Jeans decals on the chin and sides respectively. The visor has team engine supplier Renault/Total on its decal strip.

This fabulous piece of F1 memorabilia would be a talking point in any collection and available at a fraction of the cost of a race used helmet.