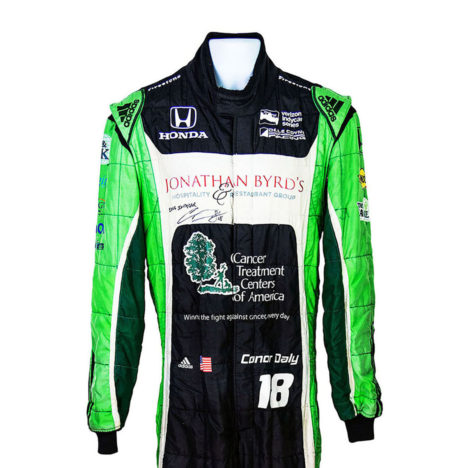 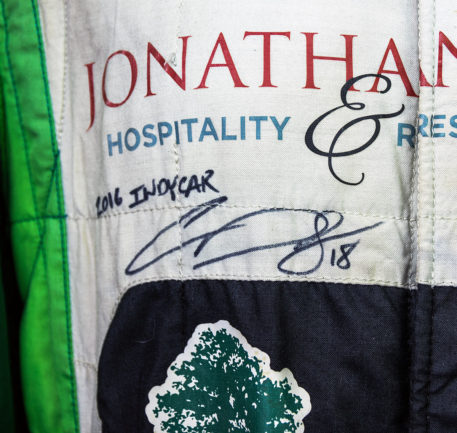 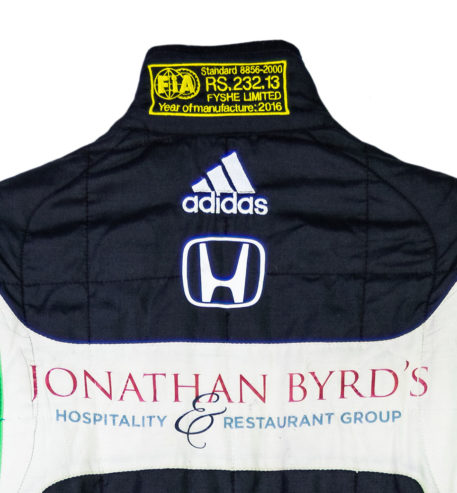 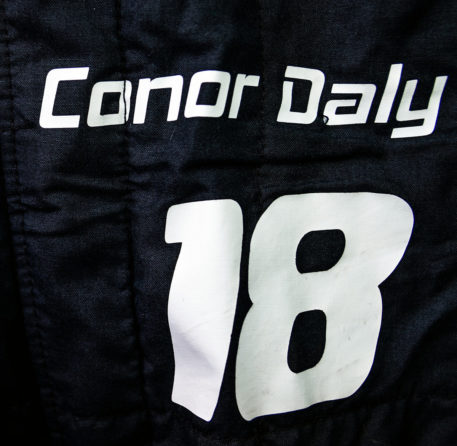 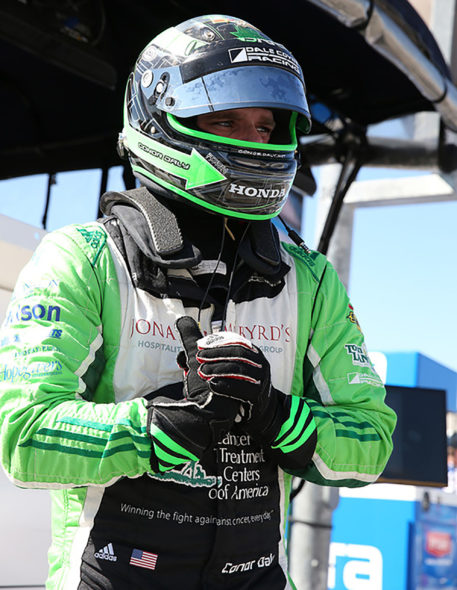 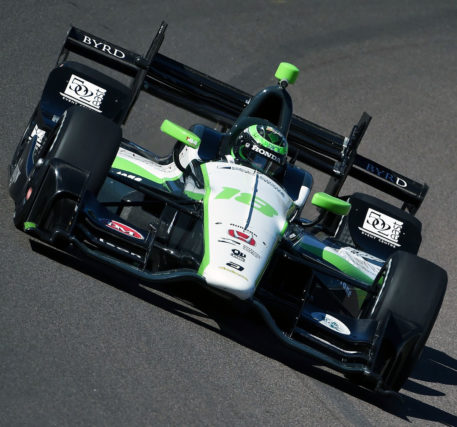 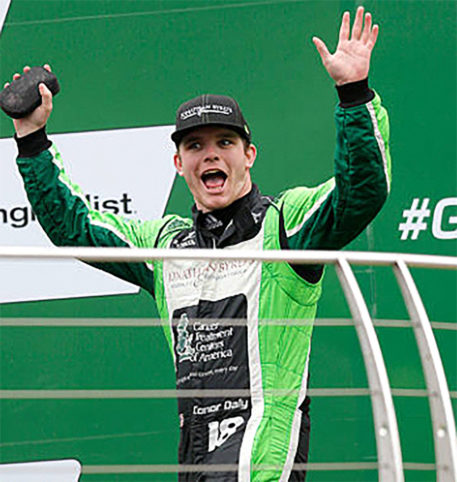 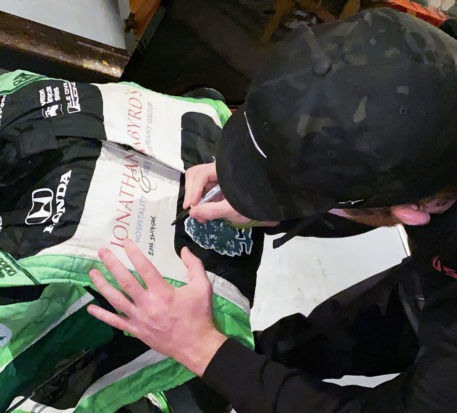 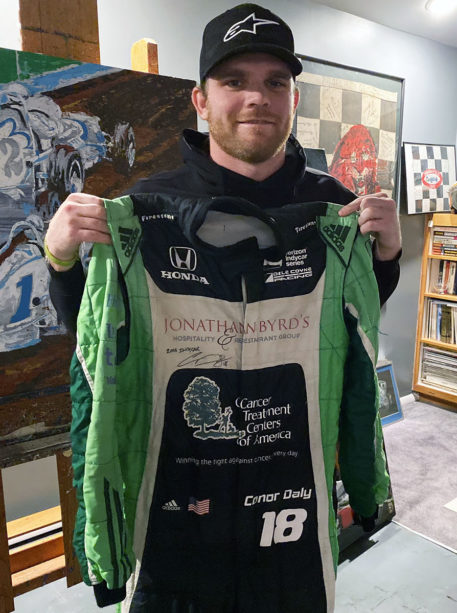 The suit is in the green, black and white colors of team’s primary sponsor Cancer Treatment Centres of America. Their lettering and logo, along with joint team sponsor Jonathan Byrd Restaurants Group lettering, are printed on both the back and front of the suit. Many other sponsor & suppliers’ logos can be found on the arms of the suit including Sunoco, Honda, and Firestone to name just a few. Daly’s name, race number and national flag are printed on the waist. This is a great looking suit worn by one of the up-and-coming young guns of the IndyCar series.

Conor Daly has personally signed and dated the suit and it’s also accompanied by a full Certificate of Authenticity.