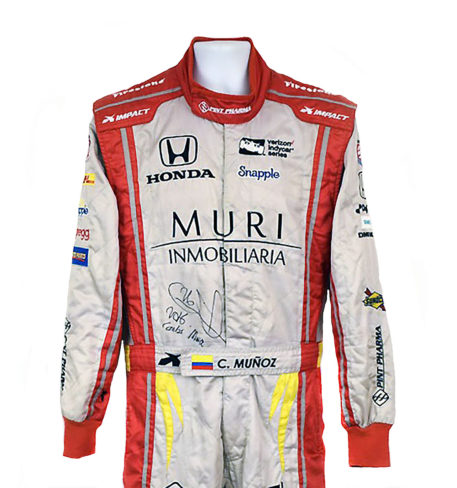 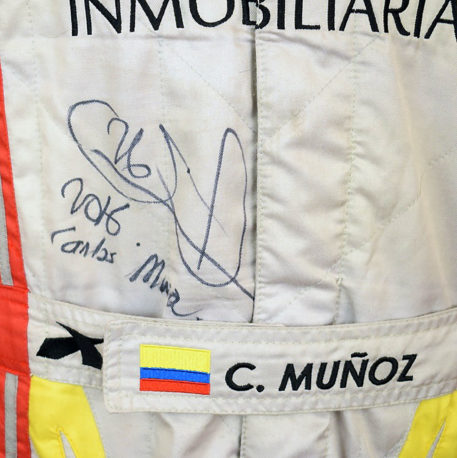 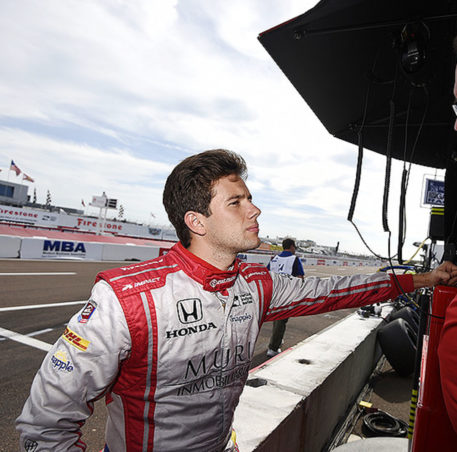 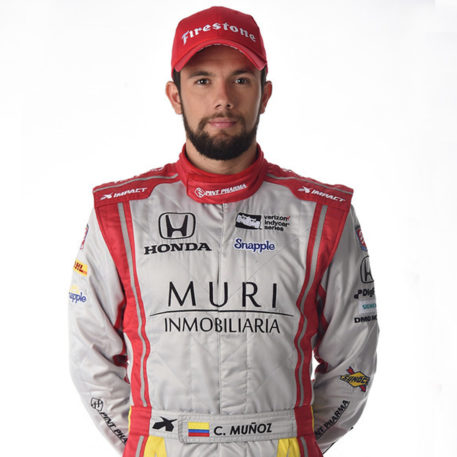 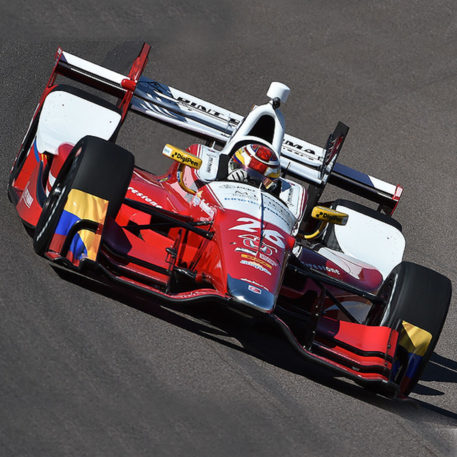 Impact race suit worn by young Colombian Carlos Muñoz while driving for Andretti Autosport during the 2016 IndyCar Series season. It has been photo matched as being used at the season’s first race, the Firestone Grand Prix of St. Petersburg. Muñoz is quickly making a name for himself as being one of the fastest drivers on oval race tracks. He’s has already had many good performances with a win in Detroit and seven podium finishes, including two excellent second places at the Indianapolis 500.

This light weight suit in silver-grey has red side stripes and yellow, blue and white flashes. It bares the major sponsor logos of Colombian company Muri and German pharmaceutical company Pint Pharma, as well as many other sponsor/suppliers branding logos printed onto the suit sleeves.

The suit has been personally signed by Carlos Muñoz and comes with a full Certificate of Authenticity.