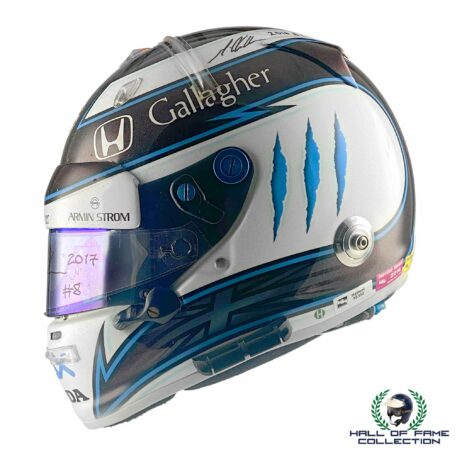 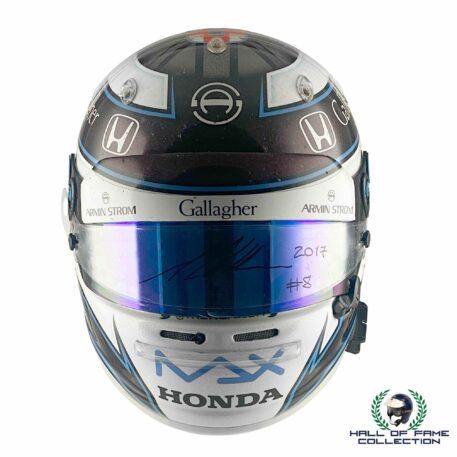 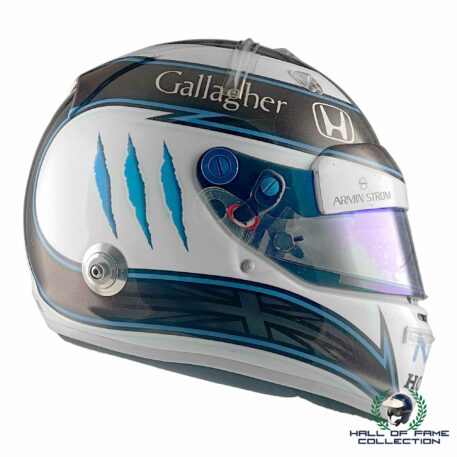 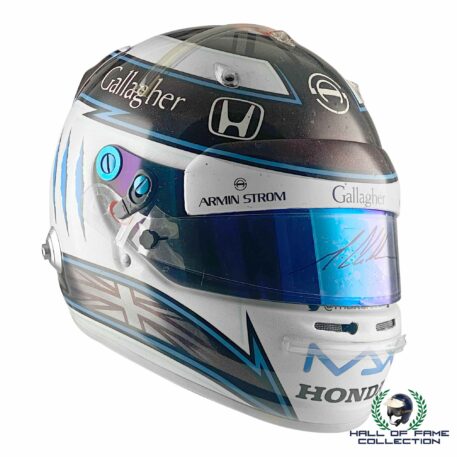 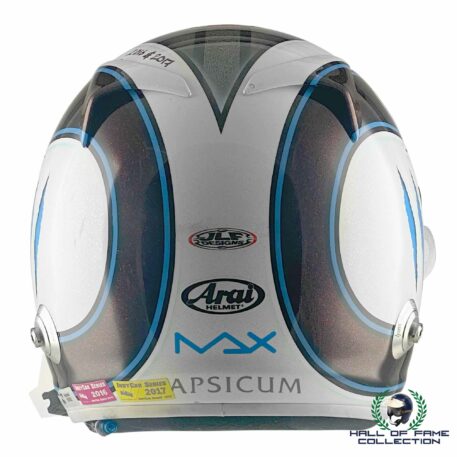 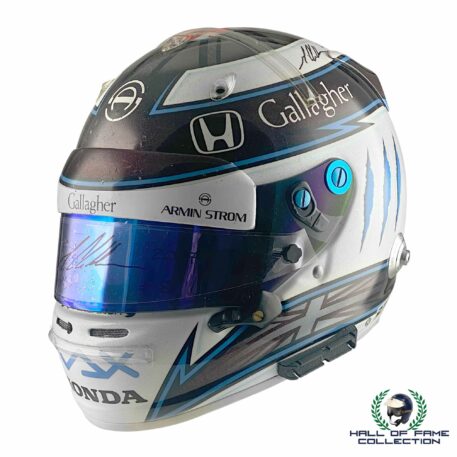 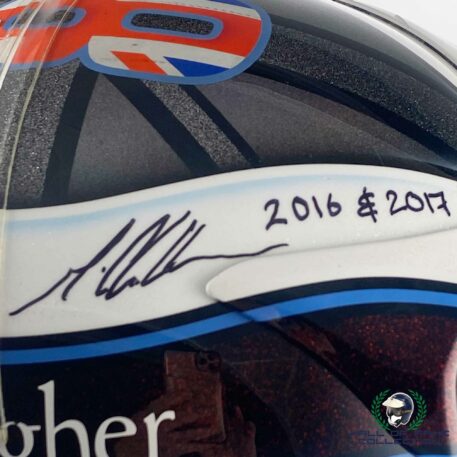 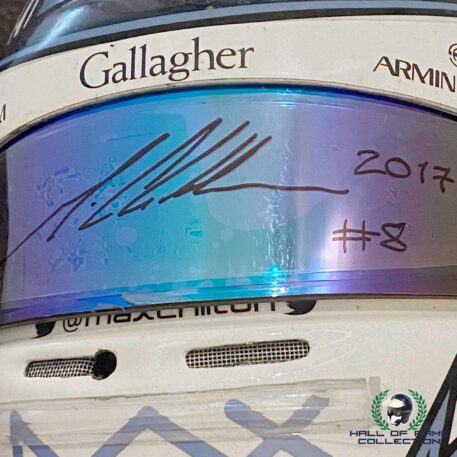 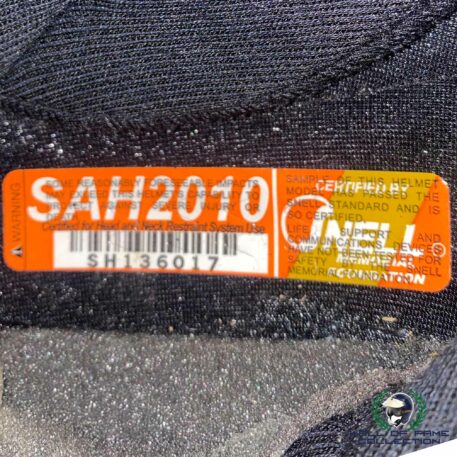 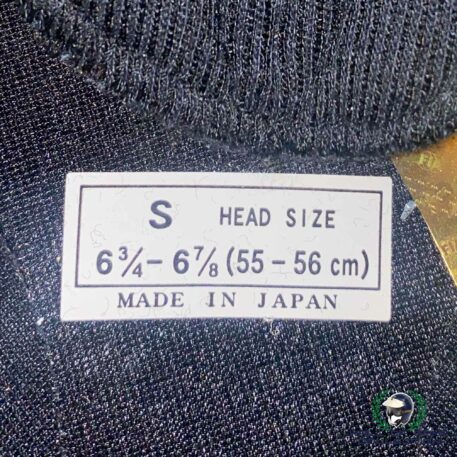 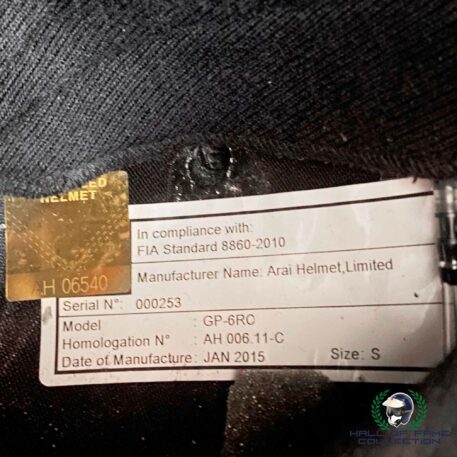 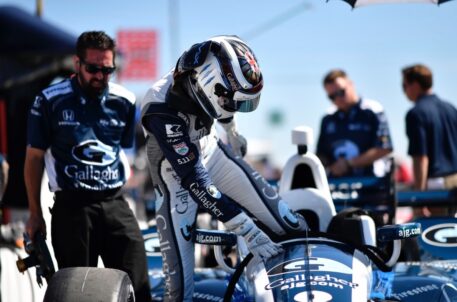 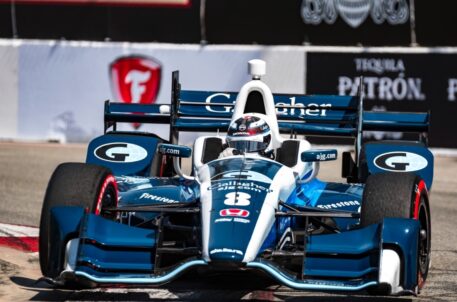 Max Chilton wore this helmet during the 2016 and into the 2017 IndyCar season.

Englishman Max Chilton made 35 starts over two seasons in Formula One — 2013 and 2014 for the Marussia F1 team — before going to the United States to pursue an IndyCar career.

After a season in Indy Lights, Chilton joined Chip Ganassi Racing for the 2016 season. He had the best race of his career in the Indianapolis 500 in 2017, leading a race-high 50 laps for Chip Ganassi’s organization before settling for the fifth finishing position.

Chilton spent four IndyCar seasons with Carlin, a team he drove for in the junior ranks (British Formula 3 and GP2).

The helmet is signed and dated by Chilton on the visor and again on the crown. It comes with a Certificate of Authenticity.