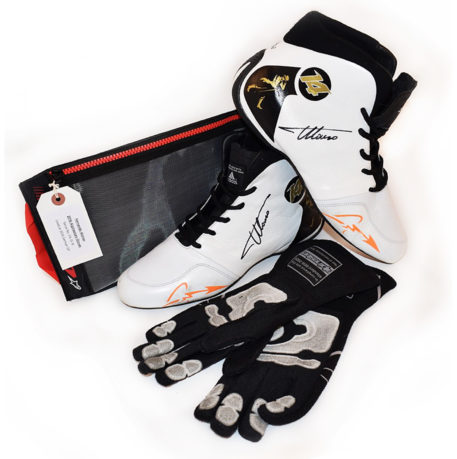 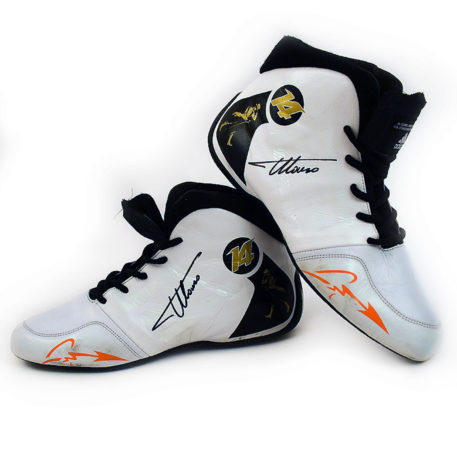 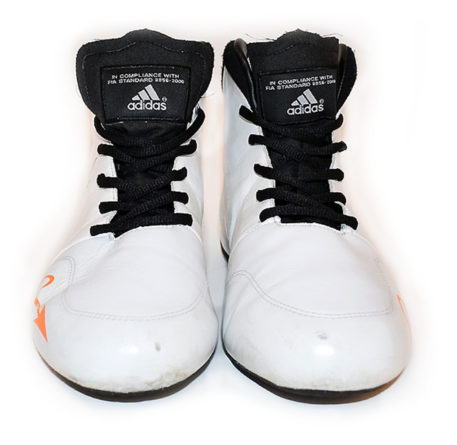 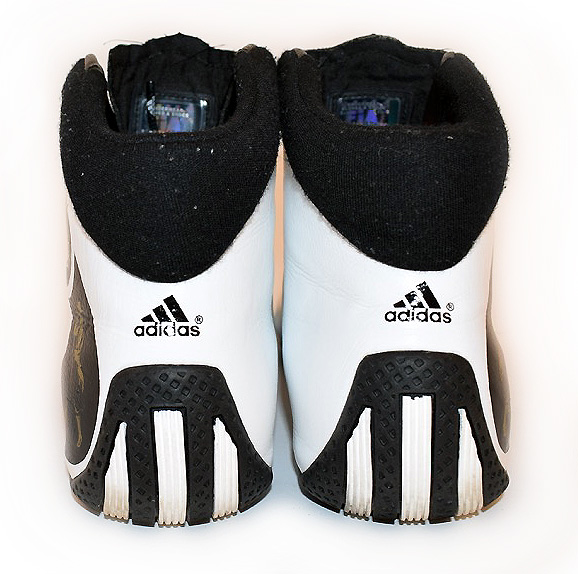 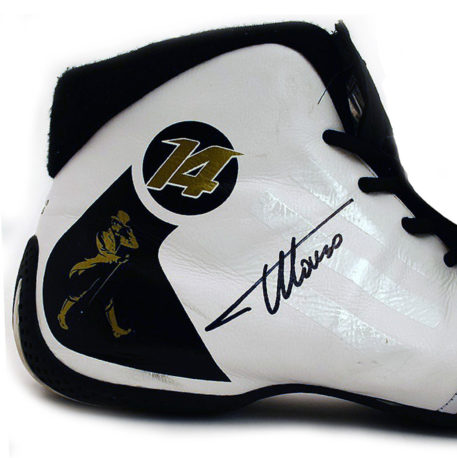 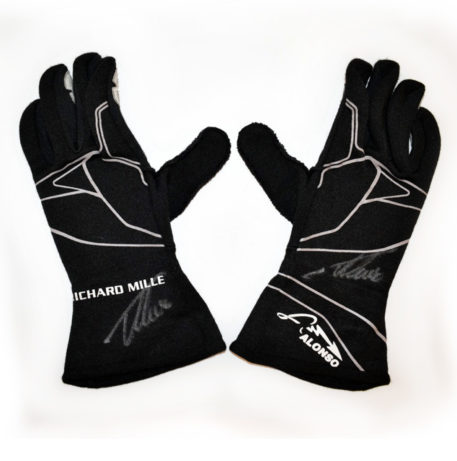 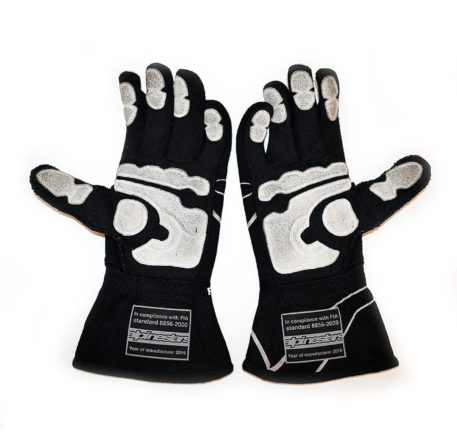 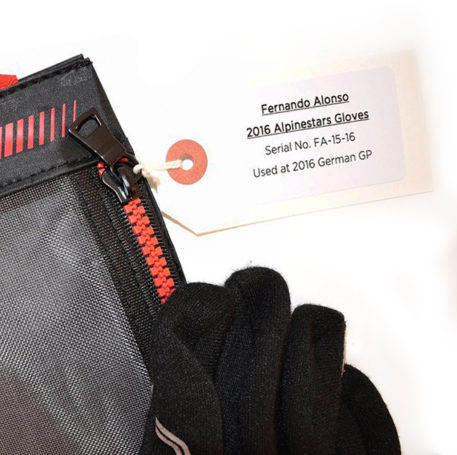 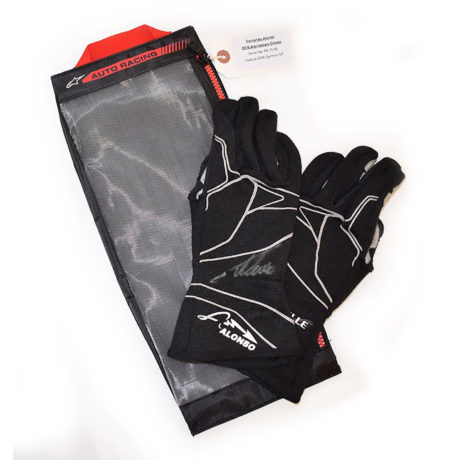 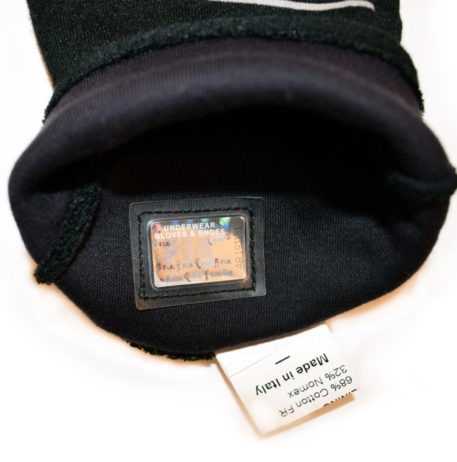 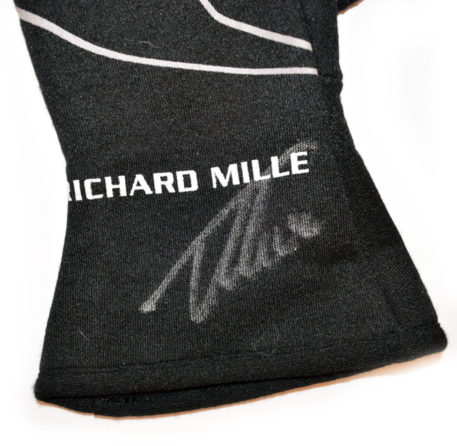 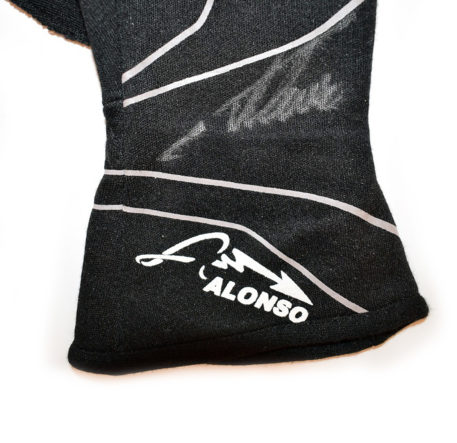 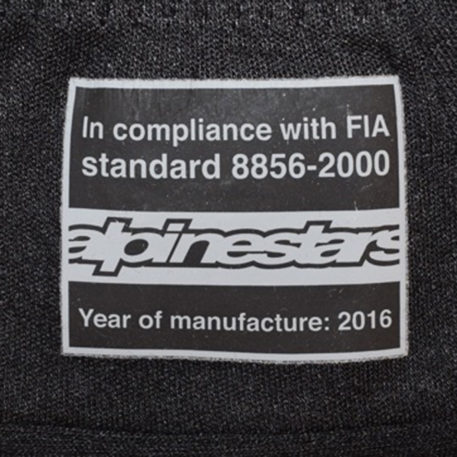 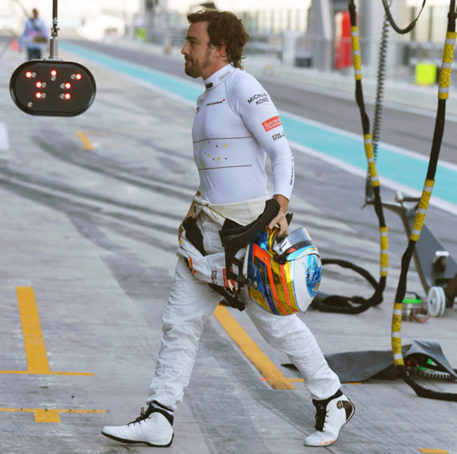 The AlpineStars gloves were used while Alonso was driving the McLaren MP4-31 at the German Grand Prix in Hockenheim. The all black with white piping gloves have the Richard Mille sponsorship logo and Alonso’s personal logo on individual gloves. Both gloves have been personally signed by Alonso.

The boots were used sometime during the 2017 Formula 1 season while was piloting the Honda powered McLaren MCL32. The white Adidas race boots have the Alonso’s personal logo in orange as well as Alonso’s race number 14 and the Johnnie Walker Whisky sponsorship logo in black and gold. Both boots also come Personally signed by Alonso.

Both boots and gloves come with a full Certificate of Authenticity.