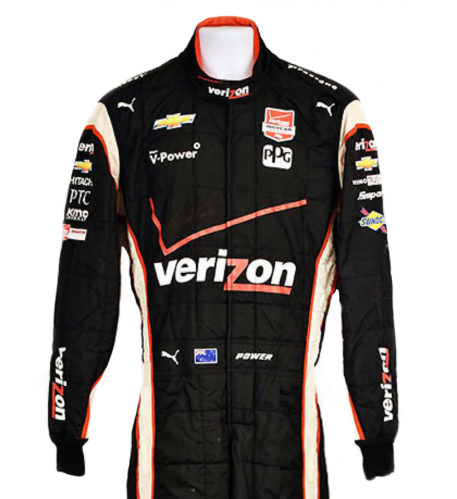 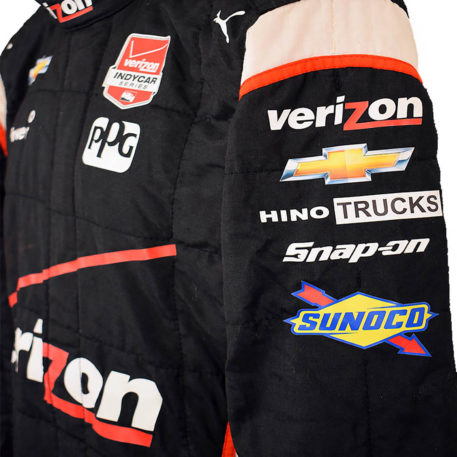 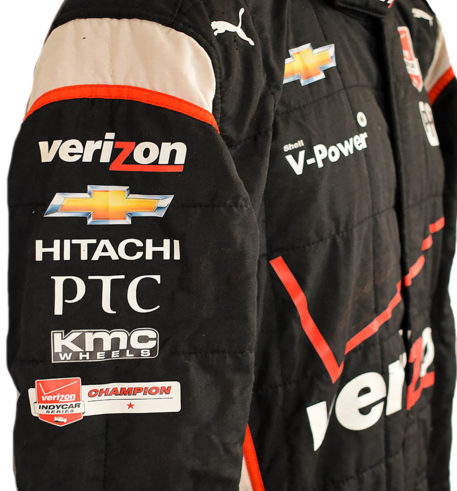 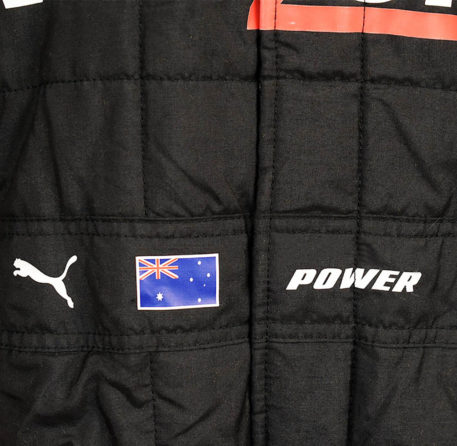 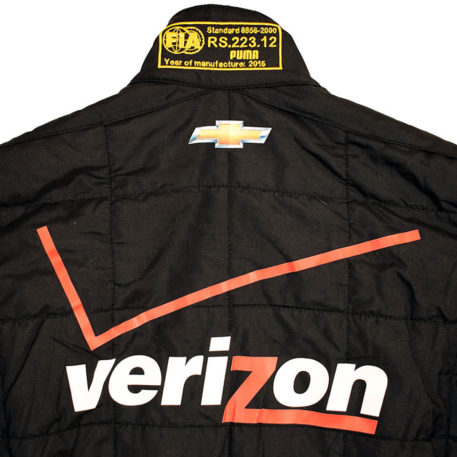 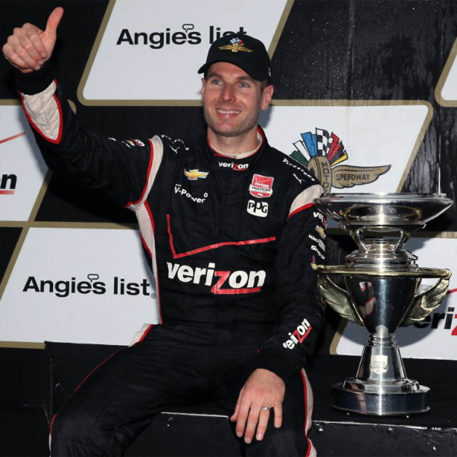 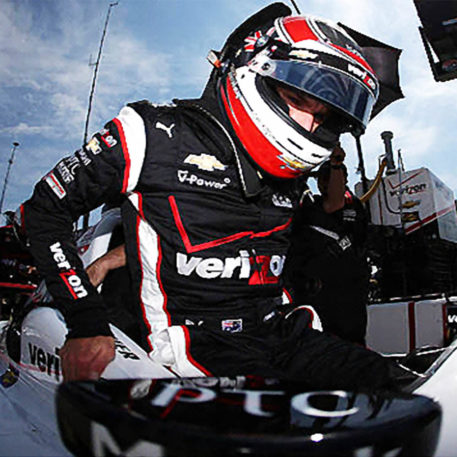 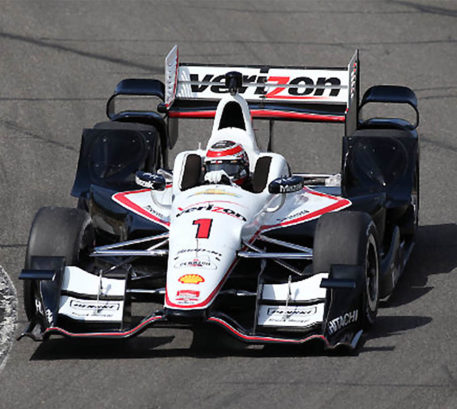 Power was going into the season as reigning champion but had a difficult year having several ‘without fault’ incidents that cost him many Championship points. He still managed to finish third in the championship after winning the Grand Prix of Indianapolis and also having five other top-five finishes.

This all-black Puma lightweight suit has a red-edged white stripe running down its side and on the inside of the arms as well. Powers Penske main team sponsor Verizon features prominently on the front, back, arms and neck. Team sponsors Hitachi, PTC and Hino Trucks branding logos are printed on both arms as well.

This is a great chance to add a spectacular suit worn by an IndyCar Champion and Indy 500 winner to your growing collection.