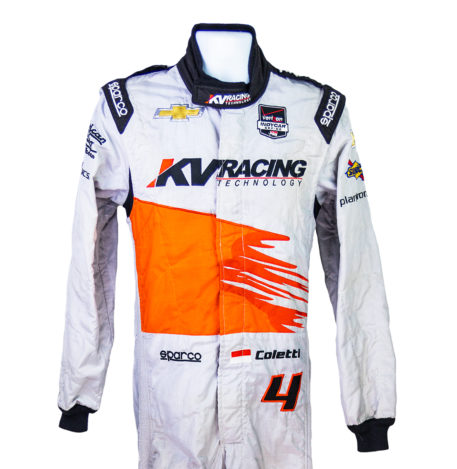 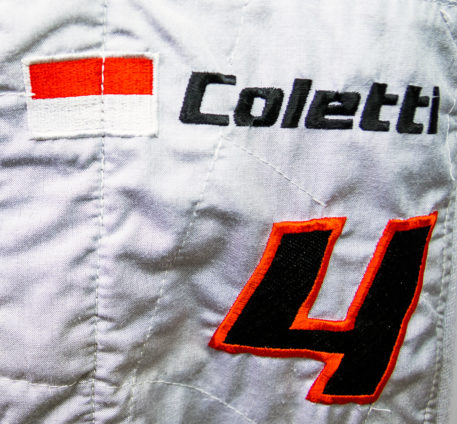 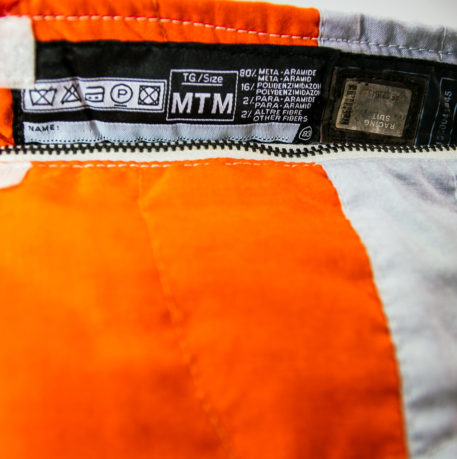 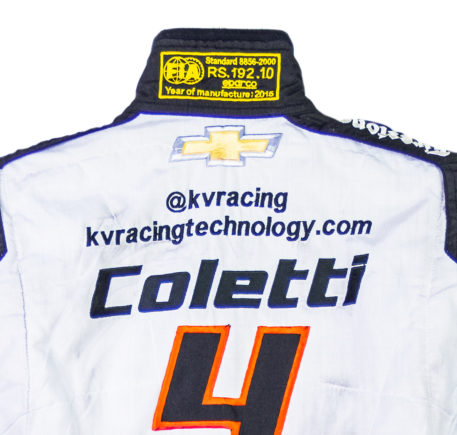 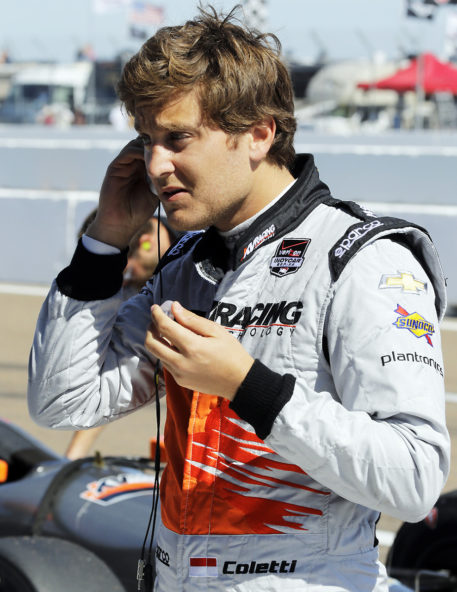 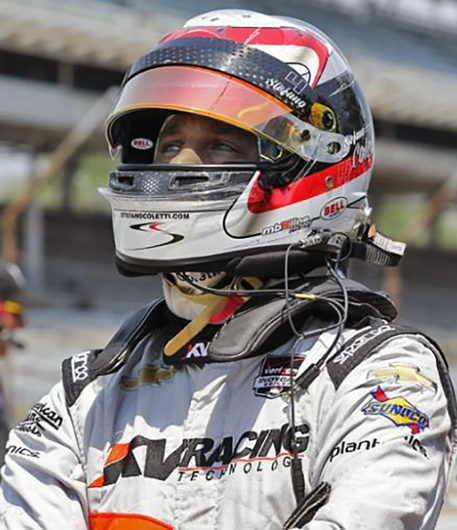 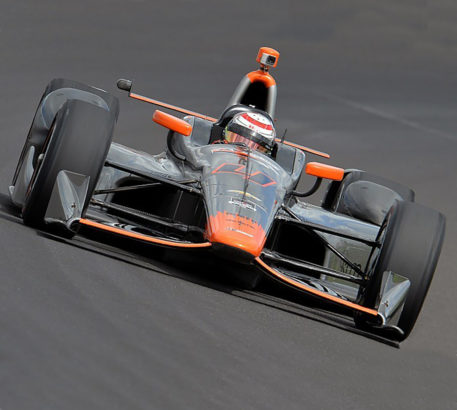 Sparco race suit race-worn by Monegasque Driver Stefano Coletti. Now better known as an endurance sports car driver, Coletti wore this suit in his one and only season in the IndyCar series while driving for the KV Racing Technology team in 2015.

The pale silver suit has an orange/red wide ‘splash’ design on its front, with the KV Racing Technology team lettered logo just above this on the chest. The lettering can also be seen on the suit’s black collar. The upper chest has the logo of engine suppliers Chevrolet as well as that of the Verizon IndyCar Series. The rear of the suit bares the KV Racing Technology logo as well, along with the team web address, Coletti’s name and the race #4. Both arms have suppliers’ branding logos including American Racing, Playstation, and Sunoco.