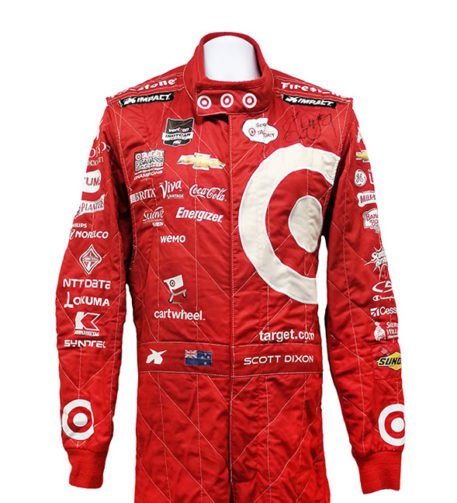 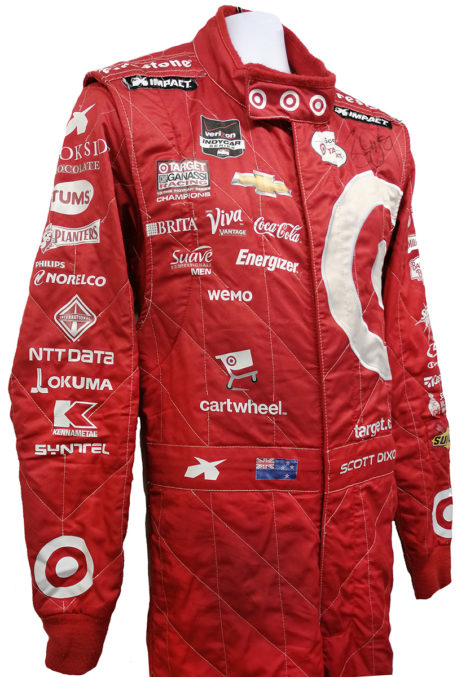 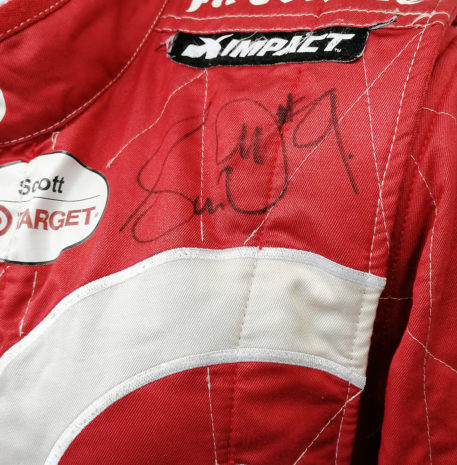 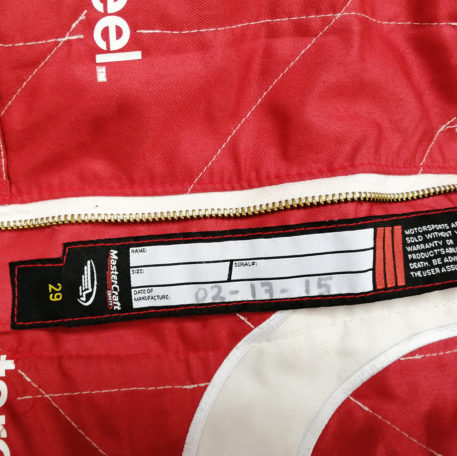 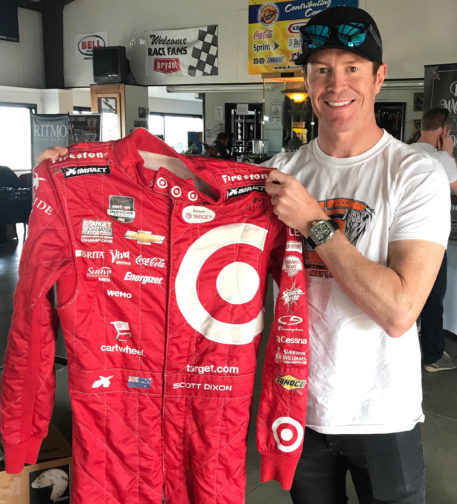 Race used and signed by the five times IndyCar Series Champion. This Impact suit was worn by Dixon during 2015 on his way to winning his fourth IndyCar Drivers Championship.

The ‘Target red’ suit has the Target ‘bullseyes’ prominent on the torso, arms and legs. it also has a multitude of  sponsor/suppliers branding’s printed on the chest and arms. Dixon’s name and his native New Zealand flag is printed onto the waist belt.

It has been personally signed on the upper left chest by Scott Dixon.