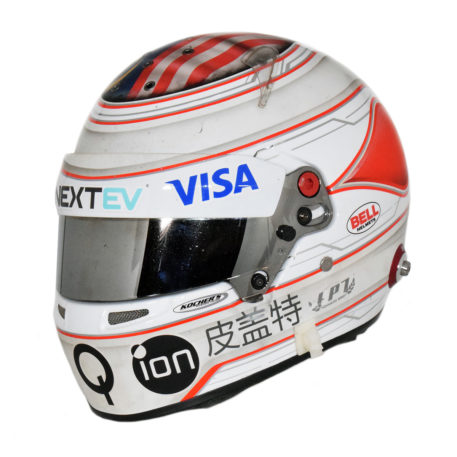 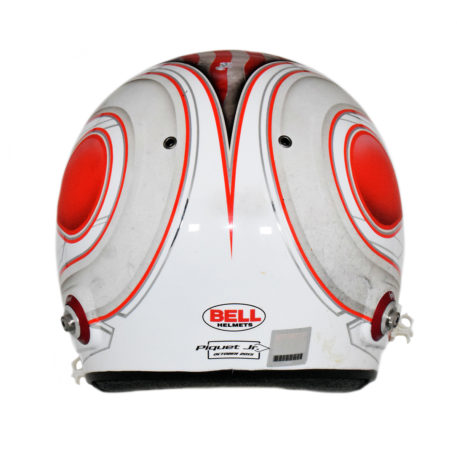 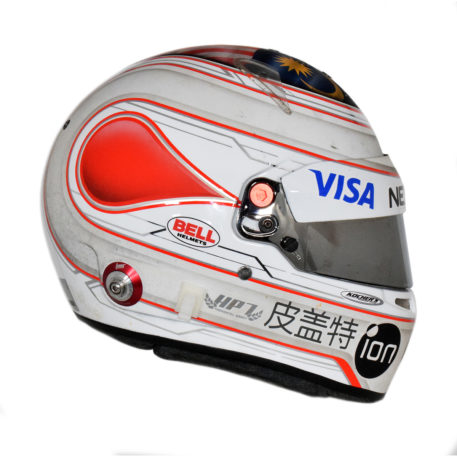 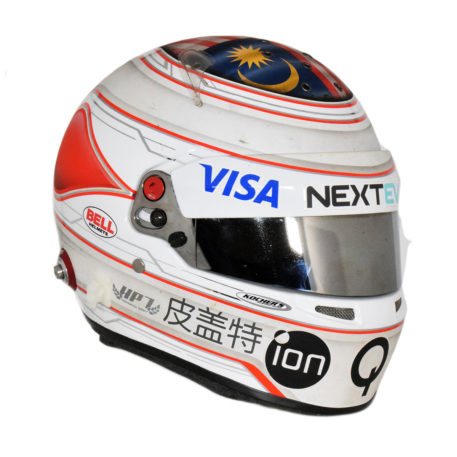 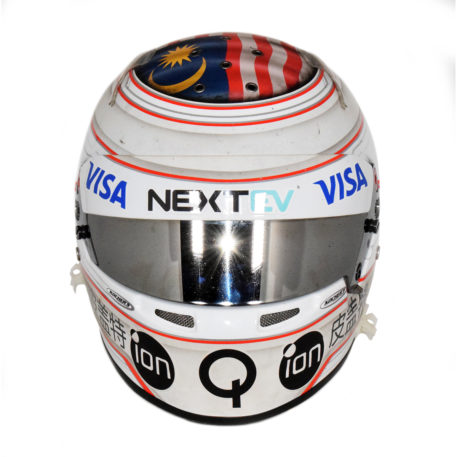 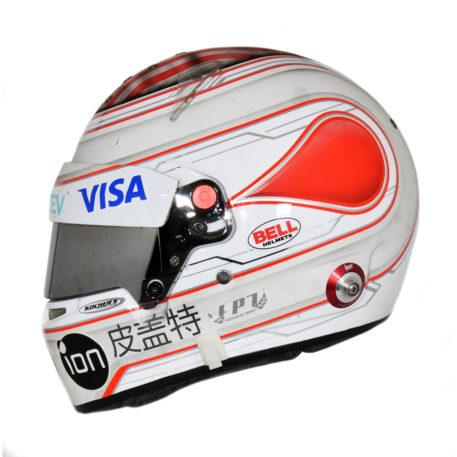 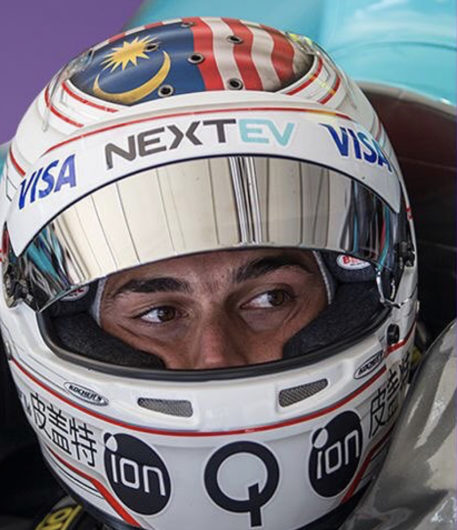 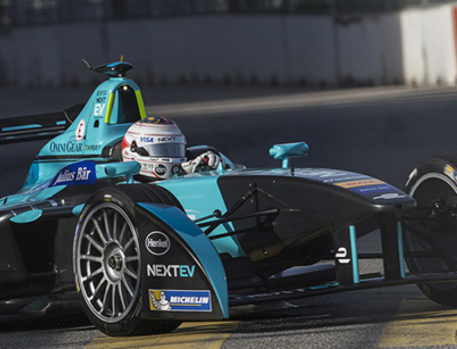 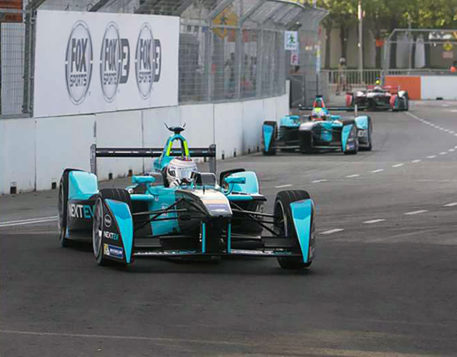 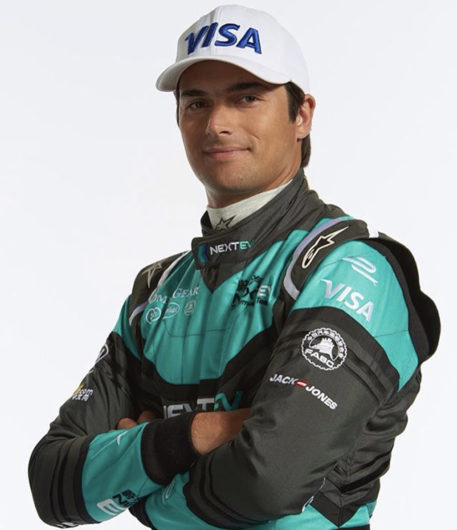 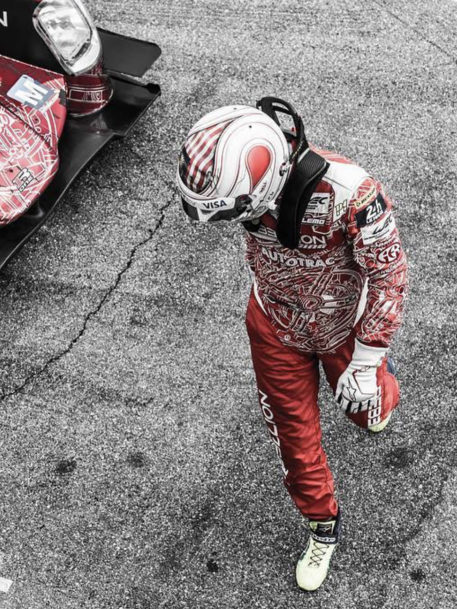 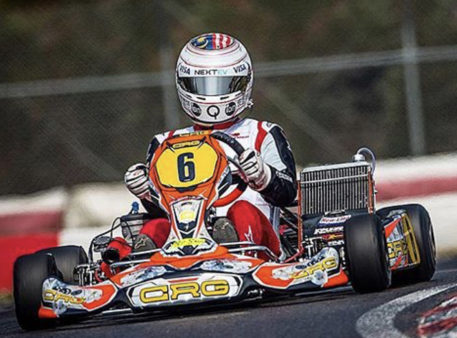 This helmet was used by Brazilian Nelson Piquet Jr, while competing as reigning champion in the second season of the Formula E series. Piquet Jr was driving for the NEXTEV TCR Formula E Team and was used at the 2015 Putrajaya ePrix in Malaysia. Piquet Jr, is the son of three-time Formula One world champion Nelson Piquet. He has competed in many disciplines of the sport including Formula 1, NASCAR, Sportscar, Indy Lights and Rallycross to name just a few.
The helmet can also be seen being used by Piquet Jr, while testing the 2016 Rebellion Racing R-One LMP car and at 2016 Karting events. The Kocher painted Bell helmet, has a white base color and features a tear drop shaped Malaysian flag on its crown. On both sides there is a florescent red ‘Piquet Tear Drop’ design, which also used to feature on his father’s helmets. There is and thick grey band edged in florescent red that runs around the bottom of the eye-port and curves around the back of the helmet to return back around the top of the eye-port. Sponsor decals from NextEV, Ion, Visa and HP have been applied. On the back there is a sticker donating the date of the helmet and the Formula E barcode tech sticker.

Don’t miss out on his rare opportunity to add a helmet from the popular Formula E Championship to your collection today as they rarely come available. COA Included.