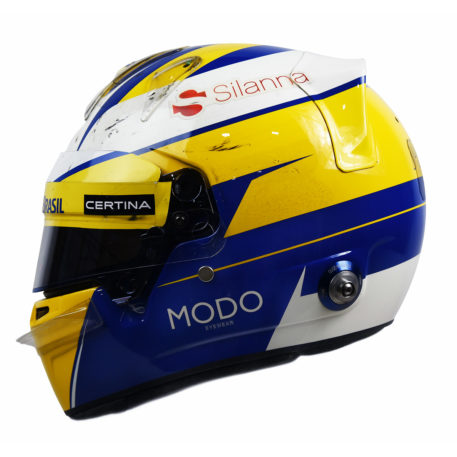 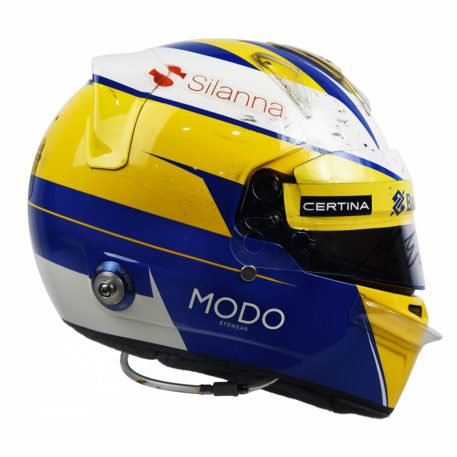 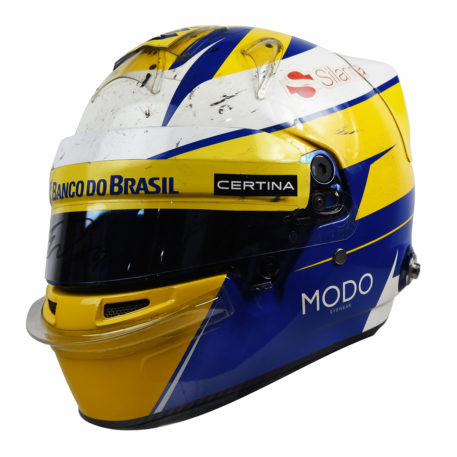 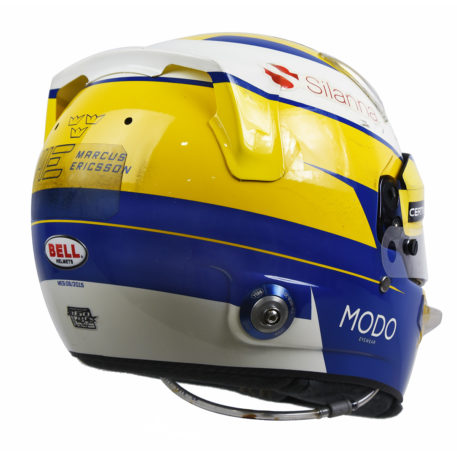 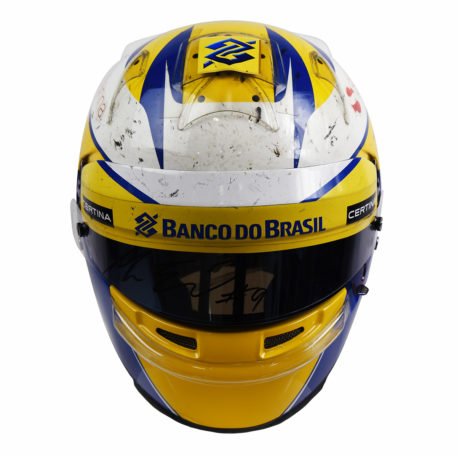 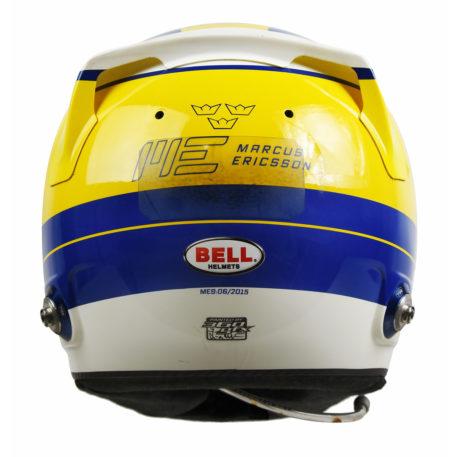 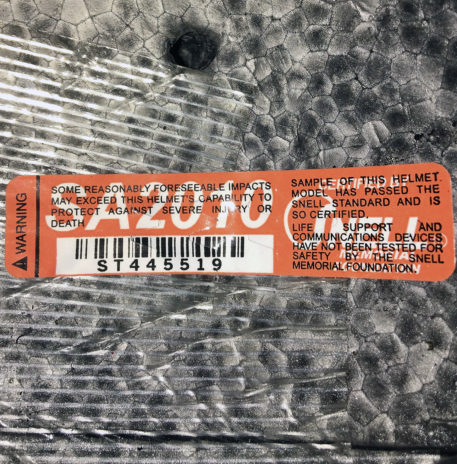 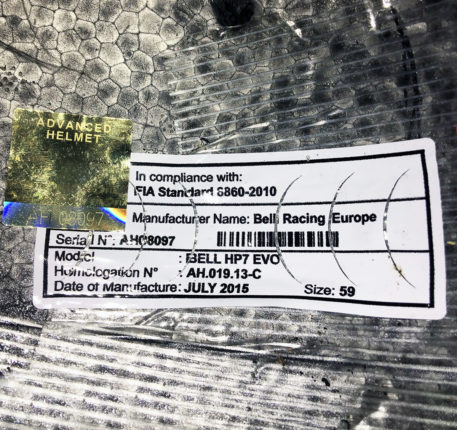 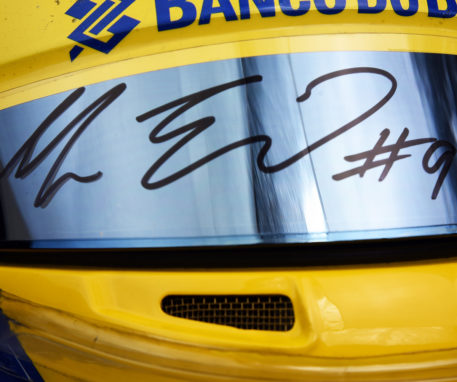 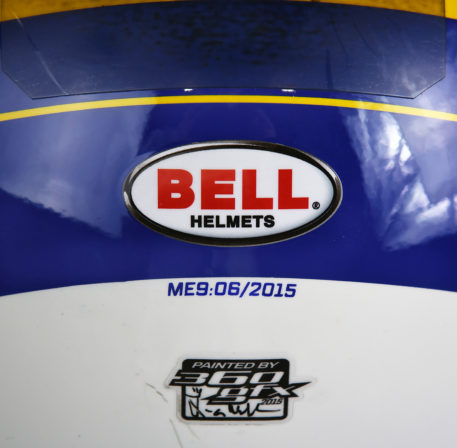 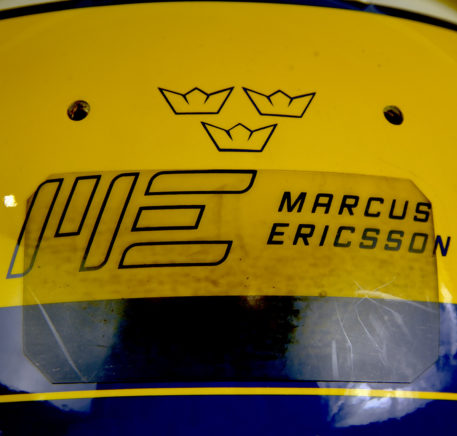 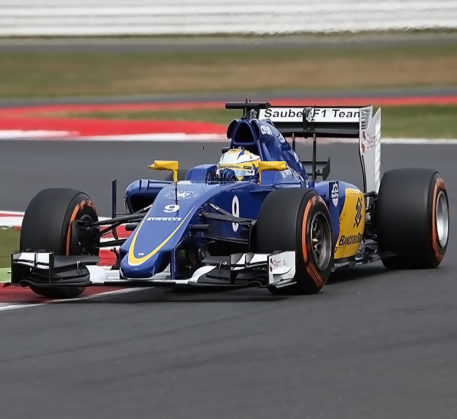 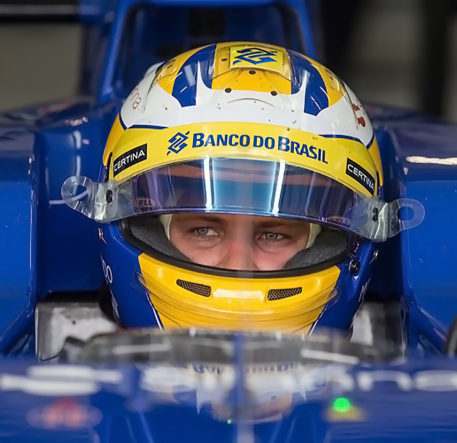 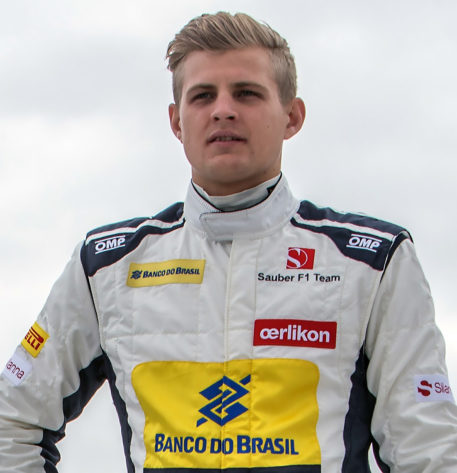 Fabulous looking Bell HP7 EVO helmet worn by Swedish driver Marcus Ericsson while driving in his first of four seasons for the Sauber F1 Team in 2015. The F1 star managed to notch five point-scoring finishes during the season. Ericsson has since moved on to compete in the IndyCar series.

The helmet shows heavy use and still bears the track grime and chips as is expected with repeated race wear. It was painted by 360 GFX in Ericsson’s home nation colors of blue and yellow. Its graphic design consists of a white band encircling its top, and within the band on either side are Silanna branding decals. The bottom rear of the helmet has a white half arrow image that extends around to the sides. To the back of the helmet is Ericsson’s name and personal logo and just above this is the Swedish national ‘Tre Kronor’ emblem. Just below his name is the helmet’s I.D. number which reads ME9:06/2015. There is Modo Eyewear brand lettering on both sides of the helmet and the visor has a Banco Do Brasil/Certina sun strip.

Marcus Ericsson has personally signed the visor and has also added his race #9 to the signature.