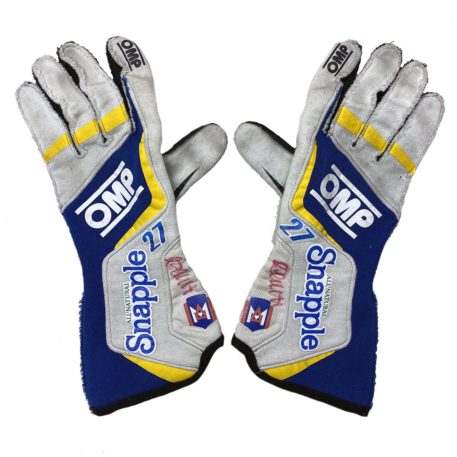 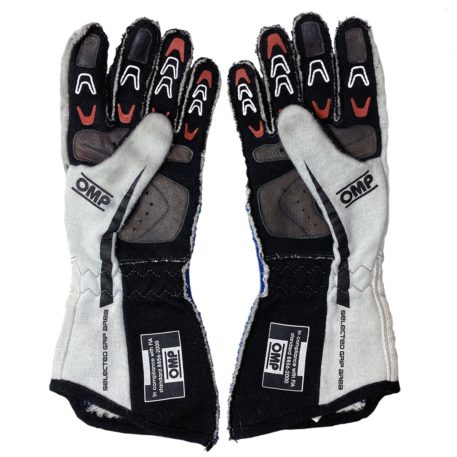 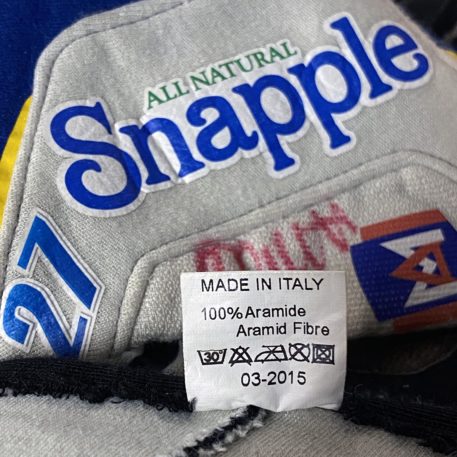 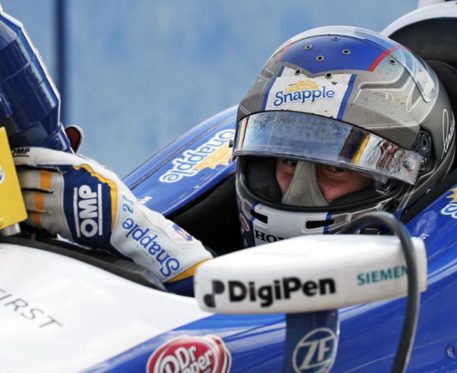 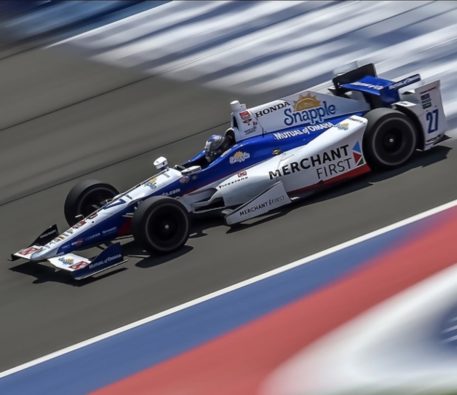 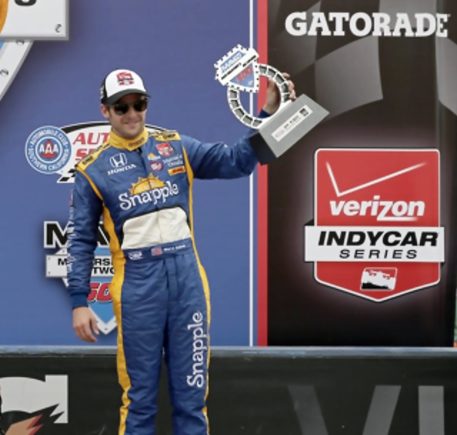 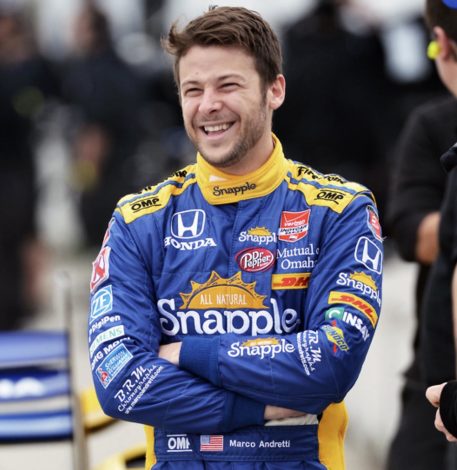 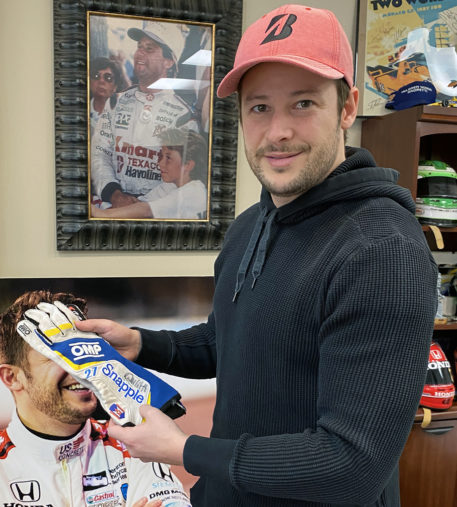 Pair of OMP race gloves worn by Marco Andretti while driving his Merchant First/Snapple sponsored car at the MAVTV 500 IndyCar race at the Auto Club Speedway in Fontana, California. Many will remember this race as being one of the best IndyCar races on record. There was an IndyCar Series record 80 lead changes in the pack-style racing that took place that day. While many observers applauded the event as being one of the most exciting races in IndyCar history, many others questioned the racing as being too dangerous. Andretti would have one of his best results of the season in the race, finishing on the podium in third place. He may well have won, if not for the race being called with a lap to go due to an accident on the very start of the last lap. These gloves were the ones used in the race and can be seen being worn by Andretti in the accompanying pictures.

The mainly light grey tops of the gloves have a blue section with yellow flashes that extend from the cuffs and over the knuckles and along the index finger. OMP branding logos are printed on the knuckle area and on the index finger and thumbs. There are yellow bands on the other three fingers of both gloves. Andretti’s race #27, along with major sponsor ‘Snapple’ lettering, are on the middle of the cuffs, along with his ‘MA’ logo on the inner cuffs. The palms are in black and have grey, red and white rubber gripper fabric embossed on them, and the cuffs also have printed FIA compliance labels.

The gloves, which were obtained directly from Marco Andretti and are both personally signed by him in red ink.