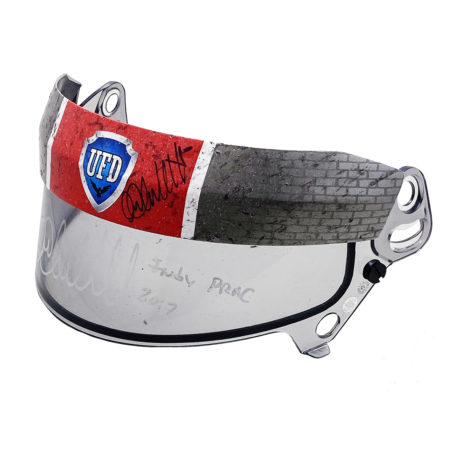 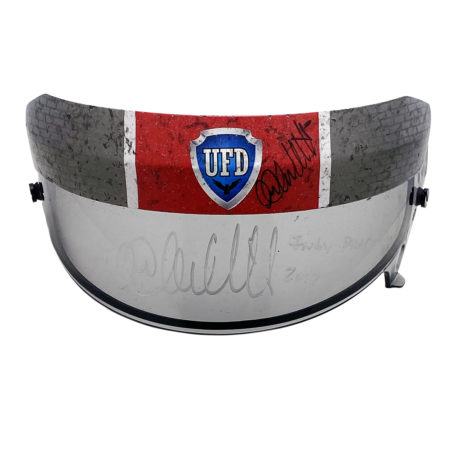 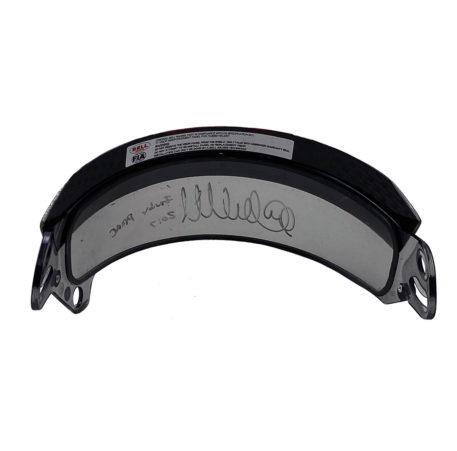 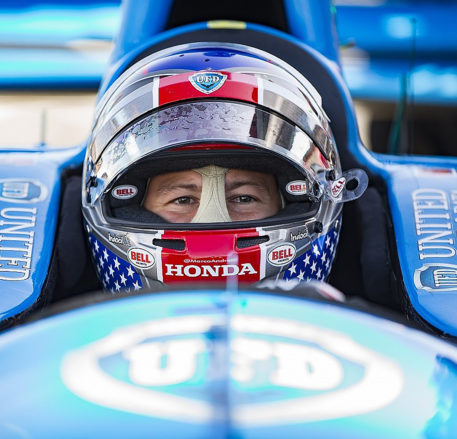 Original race-used Bell HP-7RC helmet visor complete with carbon UFD sponsorship panel, used by Marco Andretti. The visor was used at several races in 2017, including at practice sessions for the 101st running of the Indianapolis 500.

The carbon panel shows significant race use and incorporates Andretti’s helmet paint scheme including the famous red chevron and the yard of bricks which had been introduced into his design in recent years.

The helmet visor comes directly from Marco Andretti’s personal collection and has been personally signed by him and he has personally confirmed it was a visor used at practice sessions for the 2017 Indy 500.

Don’t miss out on this very rare opportunity to add a visor, complete with the rare carbon panel, into your collection.