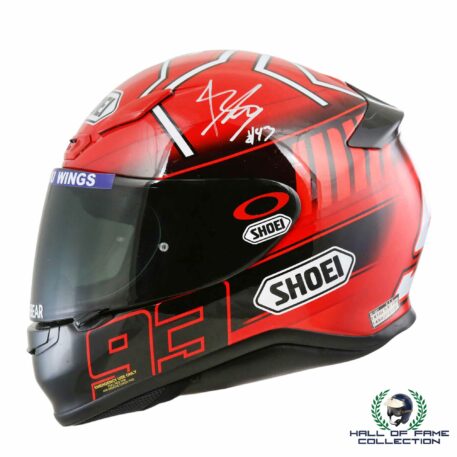 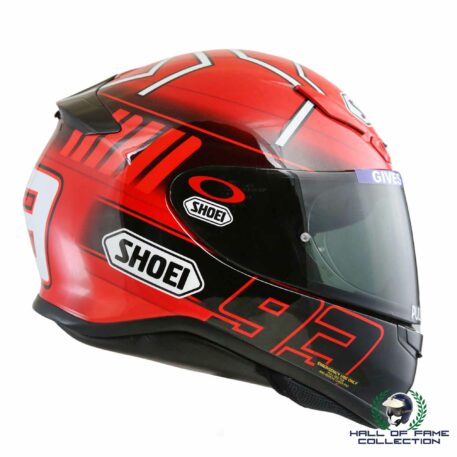 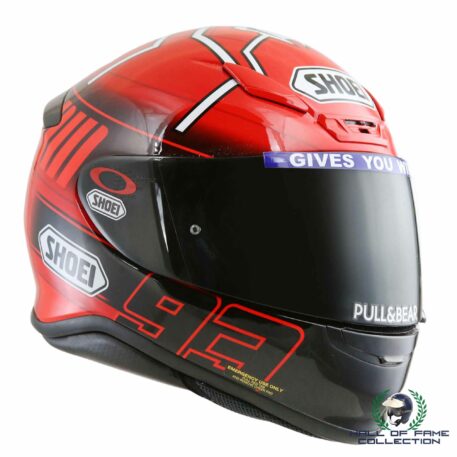 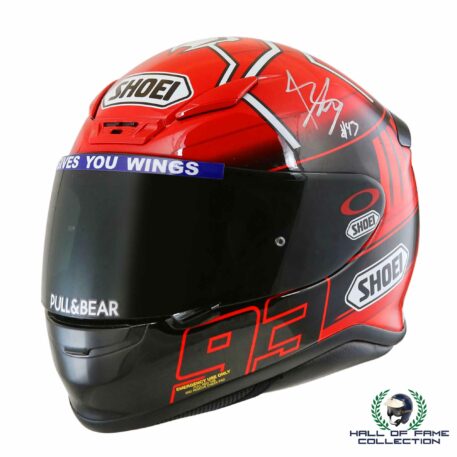 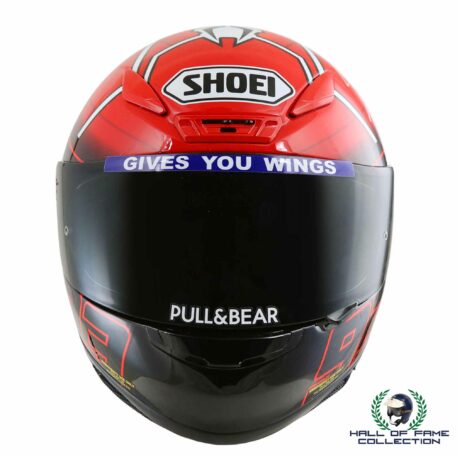 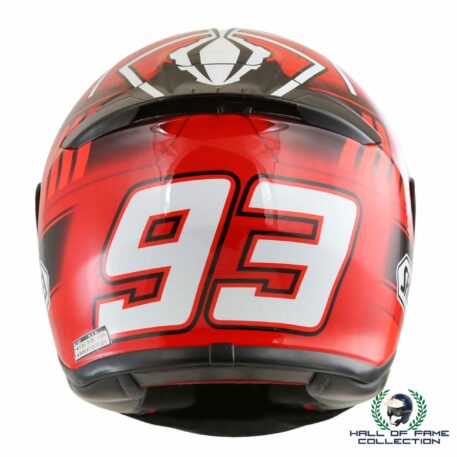 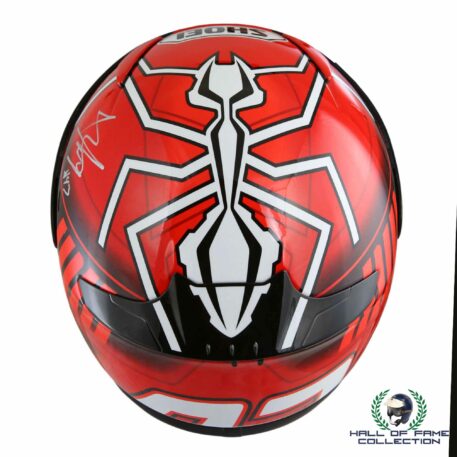 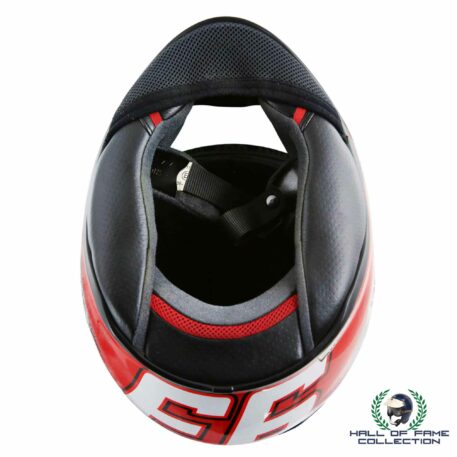 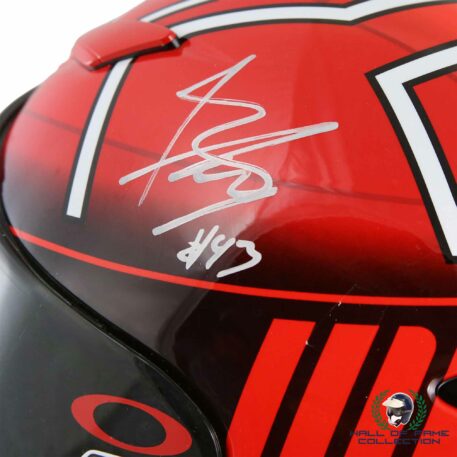 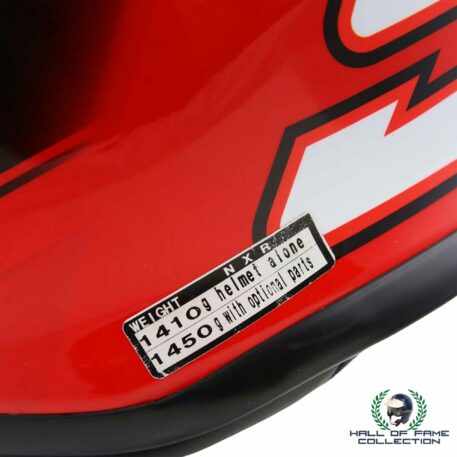 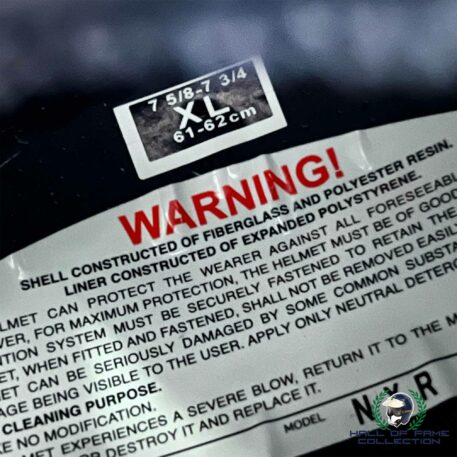 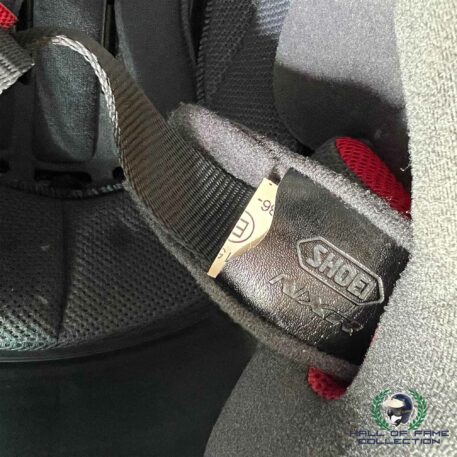 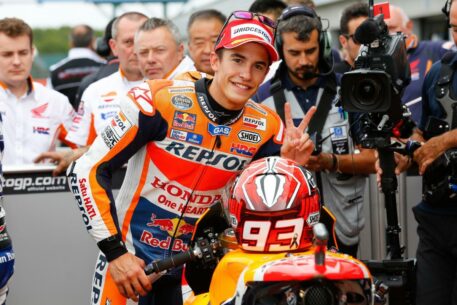 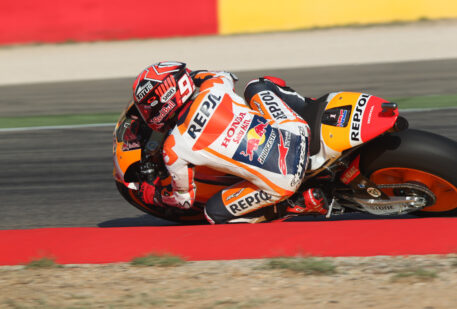 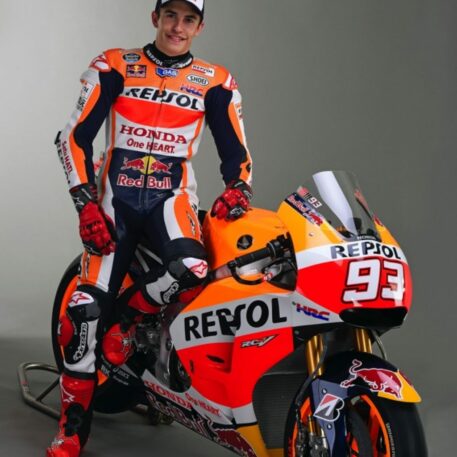 This Shoei helmet is a replica of the one worn by Honda Repsol Team rider Marc Marquez during the 2015 MotoGP Season. Marquez has signed his name and number on the side of  the helmet.

After winning Championships in 125cc and Moto2, the Spaniard burst onto the MotoGP scene in 2013 picking up 6 victories and the World Championship in his rookie season. In 2014 he repeated as Champion and in 2015, after a series of crashes, he handed the opportunity to Jorge Lorenzo who would defeat Marquez for the MotoGP title for the first time in his career.  2016 saw him back on top winning 4 more Championships along the way, capping the most dominant era in the sport’s history. In 2020 he suffered a crash in the first round that sidelined him for the season but in 2021 he came back scoring 3 wins out of 4 podiums.

The signed replica makes a fantastic collectible from the 8 x MotoGP World Champion.