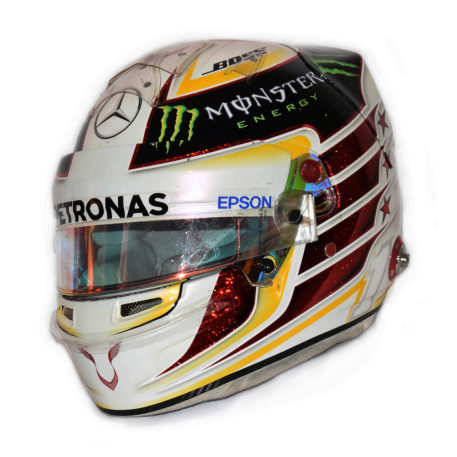 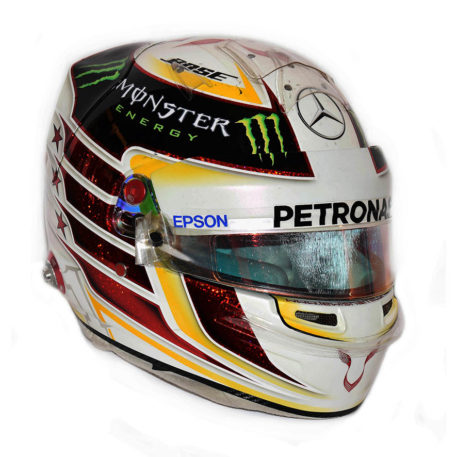 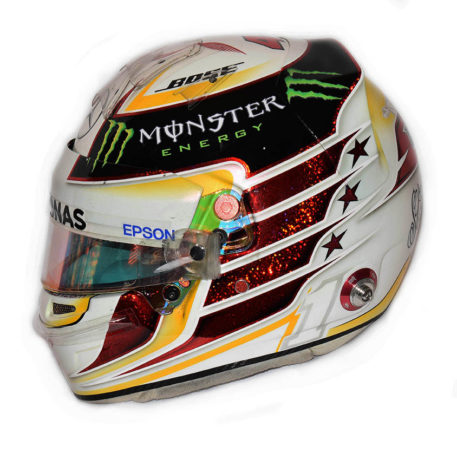 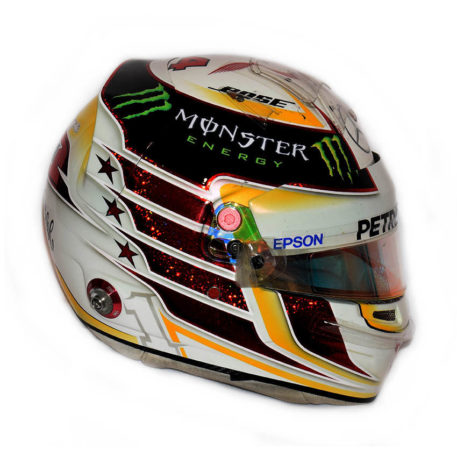 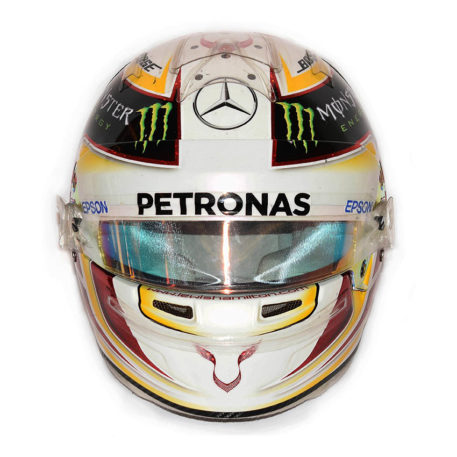 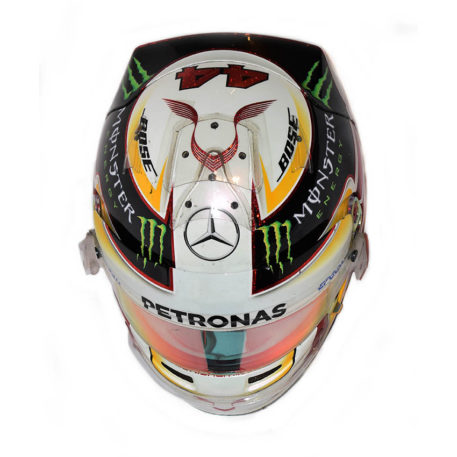 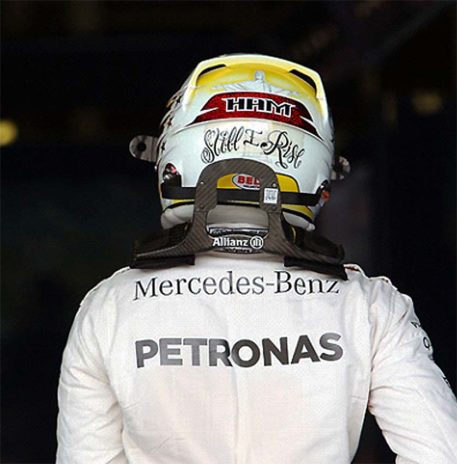 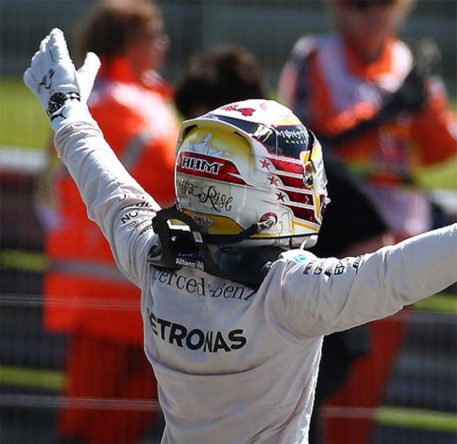 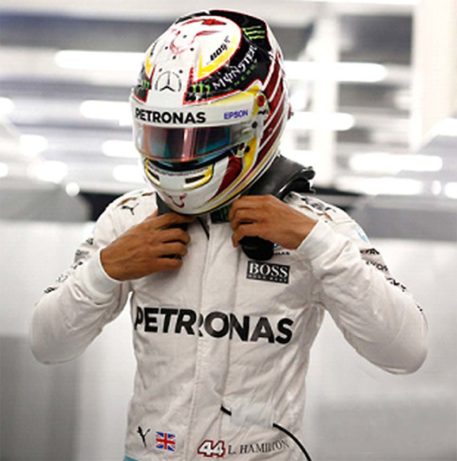 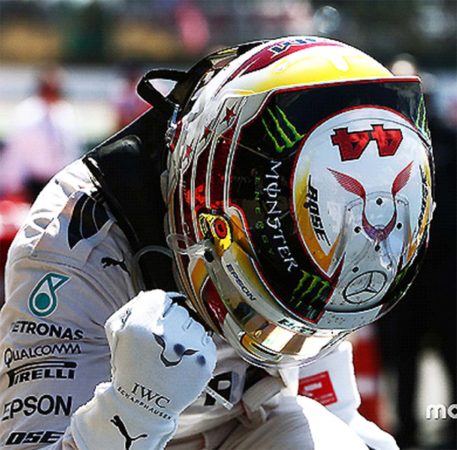 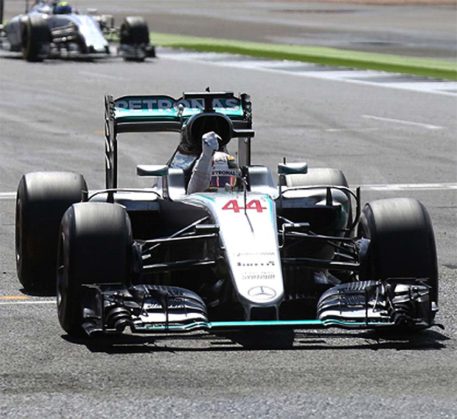 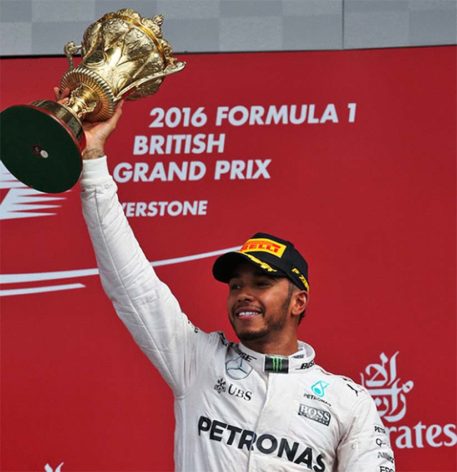 Bell HP7 EVO helmet worn by Lewis Hamilton during the 2016 British Grand Prix at Silverstone. Hamilton would dominate the event by qualifying on pole position, then leading from start to finish and winning the 52 lap rain-soaked event.

The helmet differs from Hamilton’s other helmet designs used during the 2016 season. For the British event Hamilton added an image of an open-armed Christ the Redeemer on the back of his helmet. The rest of the design is on a white base with metallic red side flashes and with a black ring running around the top of the helmet edged with yellow graphics. It has the three stars on either side signifying Hamilton’s three F1 Driver Championship wins to date. To the rear are the worlds “Still I Rise” and ‘Ham’ (an abbreviation of his name) in a red flash. Hamilton’s logos and race number 44 and all other major team sponsors logos decals are also applied.

The helmet shows signs of use with small chips and marks to the paintwork as well as track dust/grime in the upper air vent covers. The inner protection foam covering also has usage marks. The helmet comes with a Certificate Of Authenticity