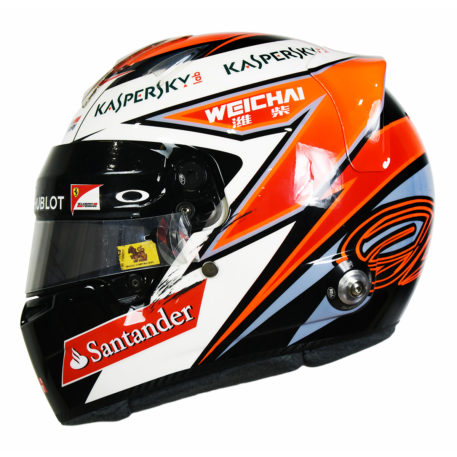 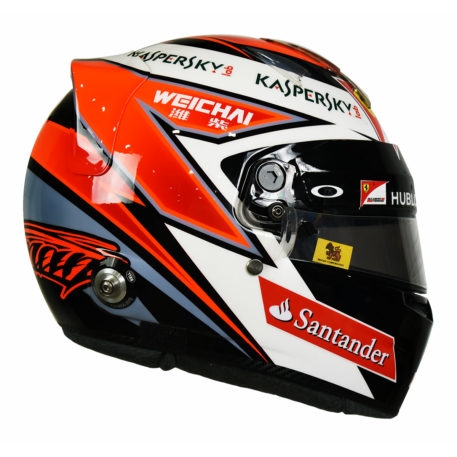 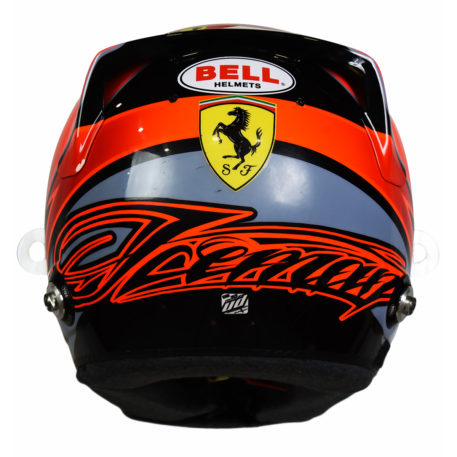 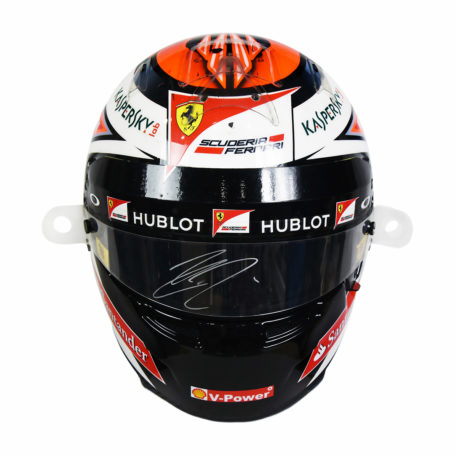 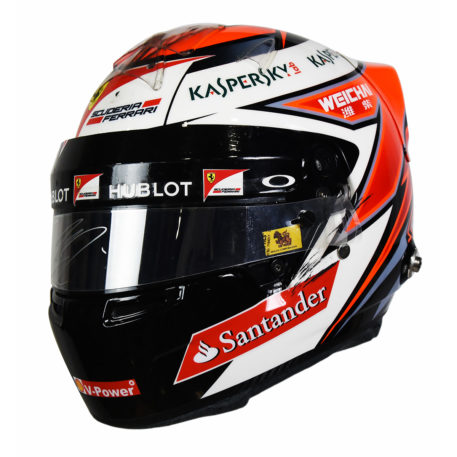 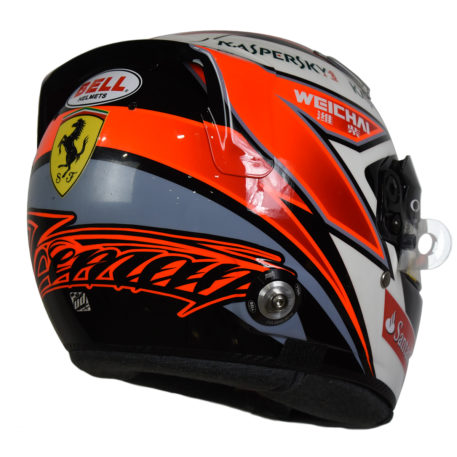 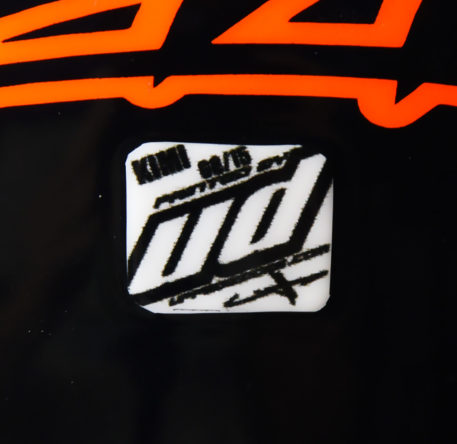 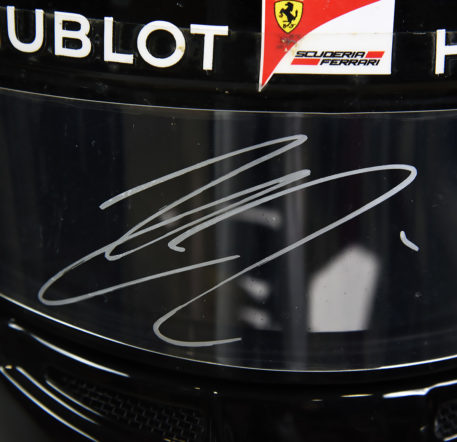 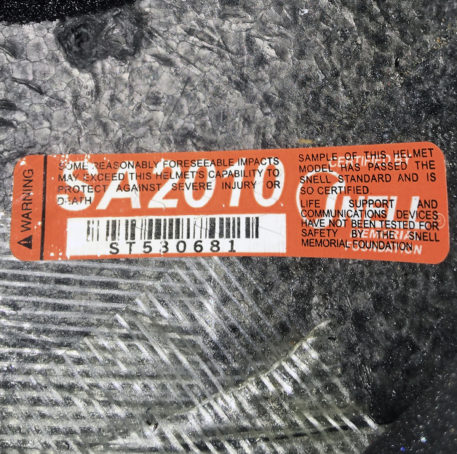 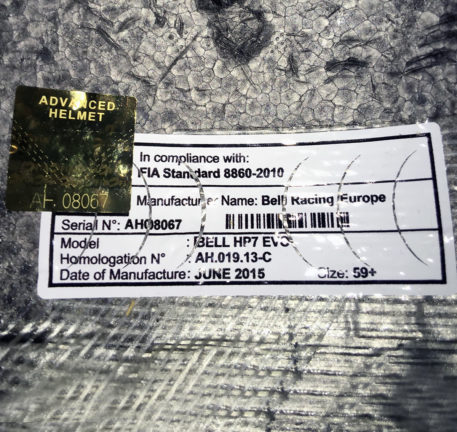 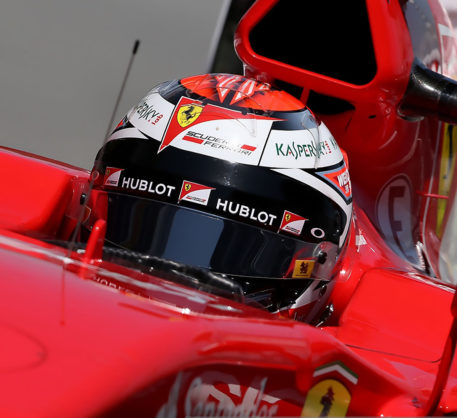 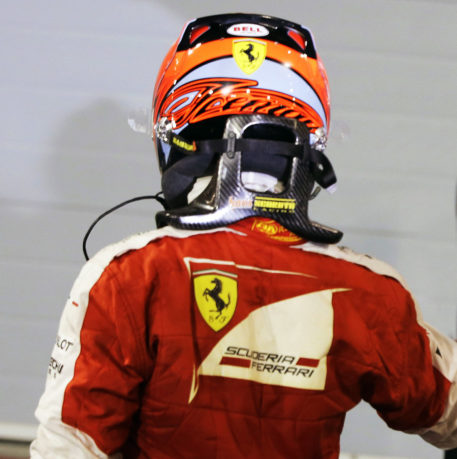 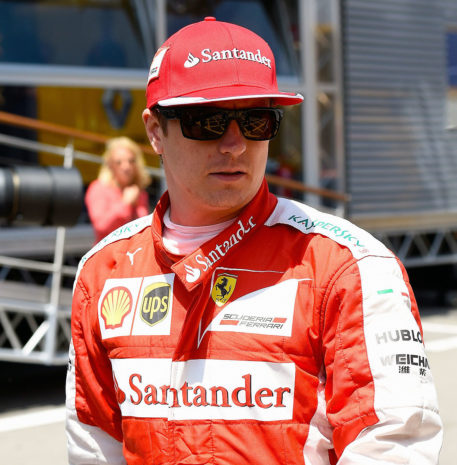 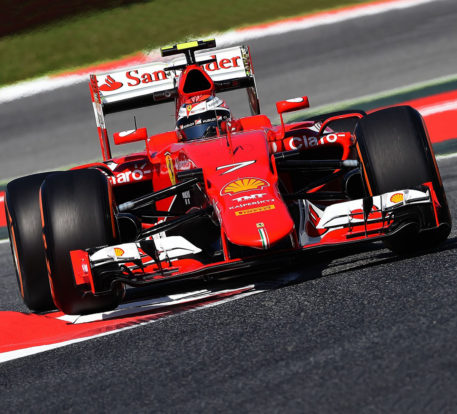 Fabulous Bell HP7 EVO helmet used by Kimi Räikkönen during the 2015 Formula One season. The Finnish driver wore this helmet for the Austrian and Hungarian Grands Prix. This is confirmed with official documentation from Bell Helmets Europe.

The helmet, painted by Uffe Designs, has a black base color, overlaid on the back with red and grey graphic bands and with the Ferrari ‘Prancing Horse’ shield. Below this is Räikkönen’s ‘Iceman’ moniker and his ‘flying bird’ insignia, that has been on his helmets throughout his career, is on the crown surrounded in red. Under this is a thick white band that has team sponsor Kaspersky lettering within it and a Scuderia Ferrari logo on the front. Both sides have Räikkönen’s race #7 in white with a smaller orange, black and grey #7 within which is sponsor Weichai’s lettering and logos. The cheeks and chin have applied Santander and Shell V-Power decals respectively. The visor bears a Scuderia Ferrari/Hublot black panel and Singha Corp decals either side. It also has tear-off strips still attached and the helmet comes as it was last used by the driver many consider to be one of the most popular drivers of all time.

Kimi Räikkönen has personally signed the helmet with a silver marker pen and it comes with a full Certificate Of Authenticity along with the Bell Helmet documentation and his original Bell helmet bag.

Räikkönen’s race worn helmets don’t become available too often and many times sell out fast. This one will undoubtedly become a centrepiece to anyone’s collection.