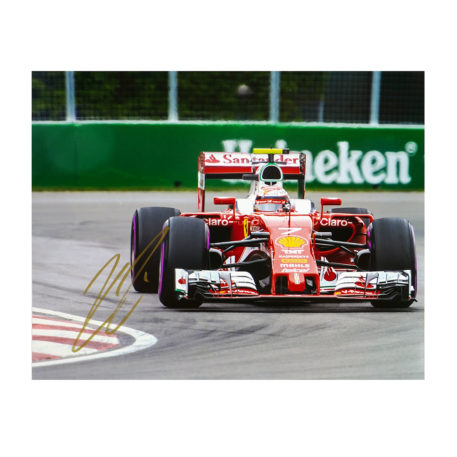 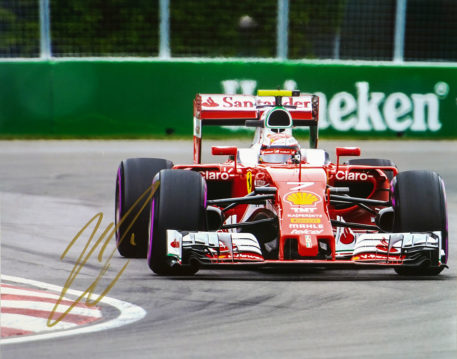 A superb 8 x 10-inch color photograph of Finnish Formula One star Kimi Räikkönen. The image has the 2007 World Champion Räikkönen cornering his Scuderia Ferrari V6 SF16-H during the 2015 F1 season. Räikkönen has personally signed the image in bold gold sharpie pen. F1 drivers’ signatures are now getting harder to obtain due to the increased security around the paddock areas at all F1 events these days. This is a unique opportunity to acquire this stunning image of a former F1 World Champion.

The photo comes with a full Certificate Of Authenticity.