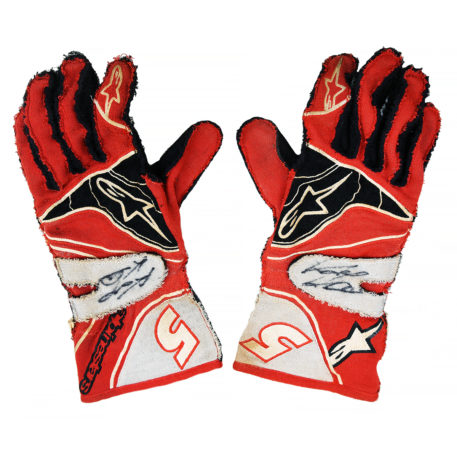 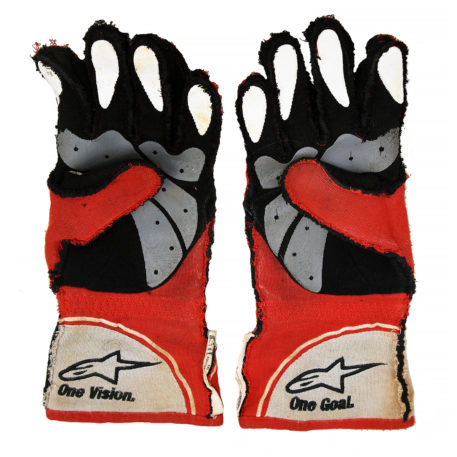 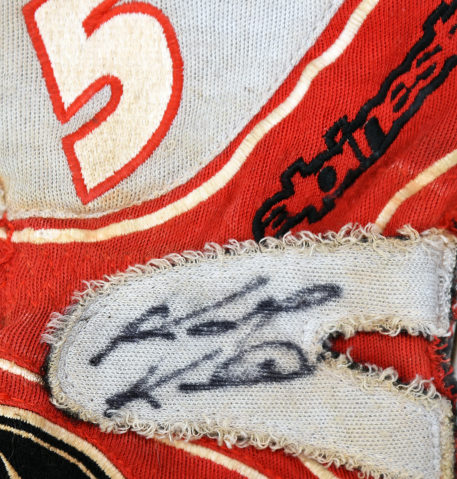 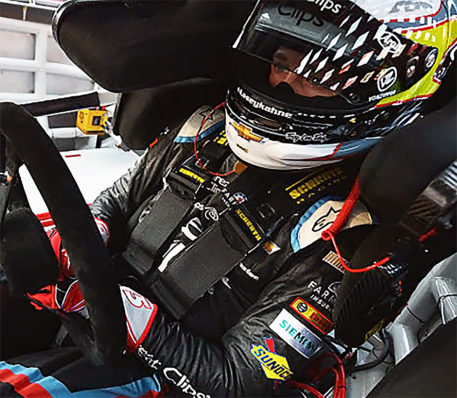 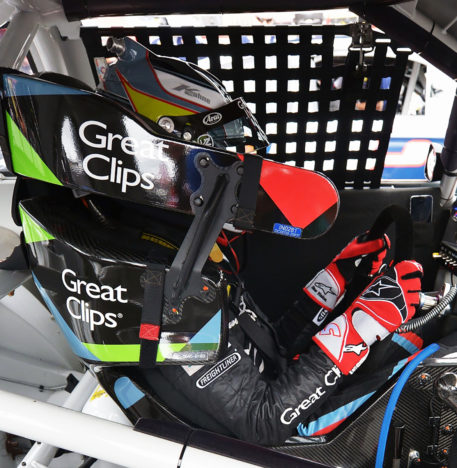 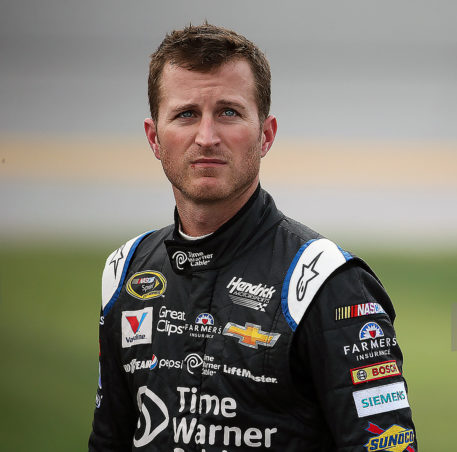 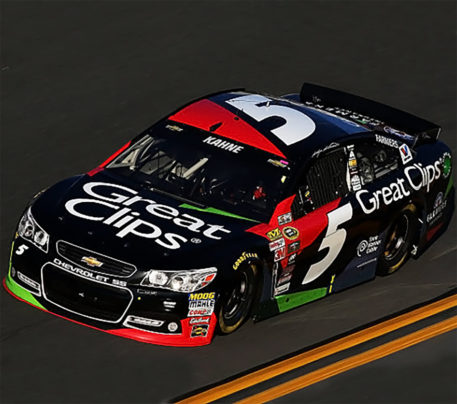 This pair of Alpinestars race gloves were worn by American multi-disciplined driver Kasey Kahne. The American NASCAR star used these gloves while driving for the Hendrick Motorsports team in the 2015 NASCAR Sprint Cup Series. He also informed us that it was a pair he last used at the Ohsweken Speedway in 2016 for two Sprint Car events. Kahne’s career spanned fifteen years and encompassed both NASCAR Sprint Cup and Xfinity Series, NASCAR Truck Series, and the modified tour, and many Midget and Sprint car events. Kahne was injured in a hard Sprint car accident at Williams Grove Speedway in 2019 and decided to retire from racing.

The red gloves have Kahne’s race #5 to the gray section on their cuffs and Alpinestars branding across the black knuckle area. The palms of the gloves have black inner palms that have gray gripper fabric to the hands and with fabric to the fingertips. Alpinestars ‘one vision, one goal’ adage, and trademark logos are to the cuffs. Both leather fasting straps have been personally signed by Kasey Kahne with a black marker pen. The gloves come with a full Certificate of Authenticity.