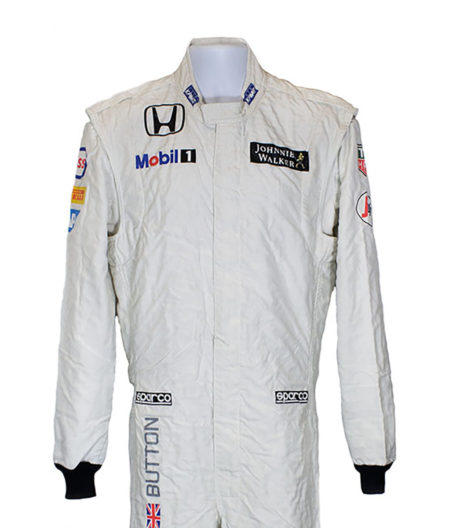 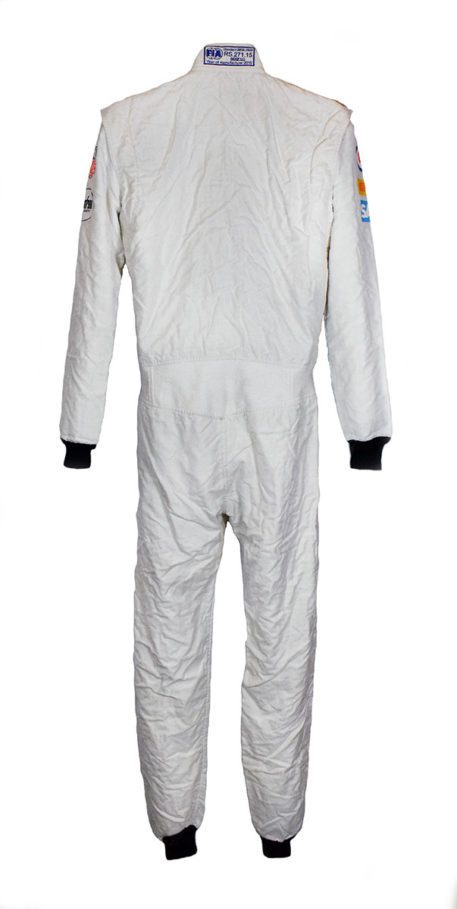 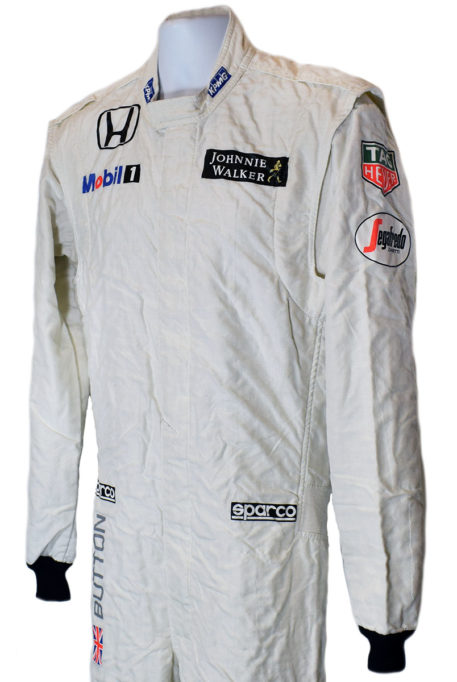 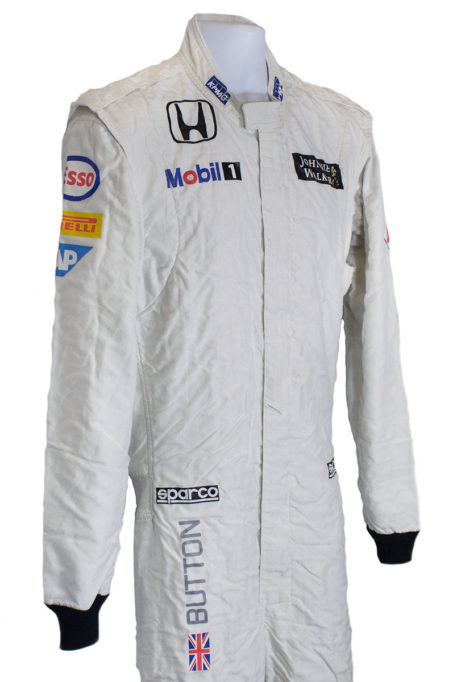 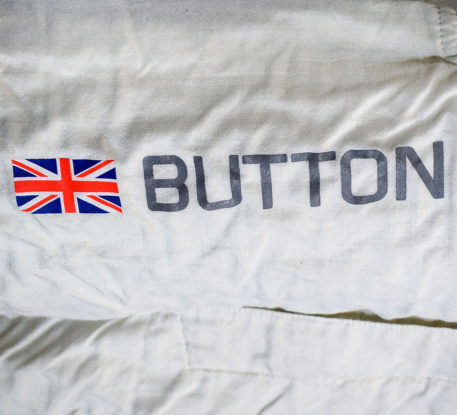 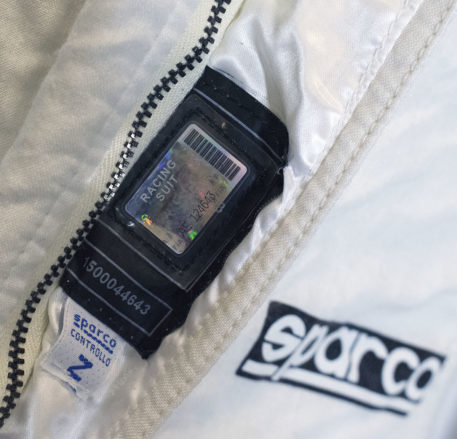 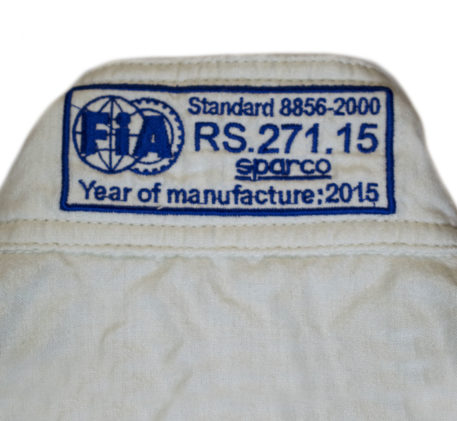 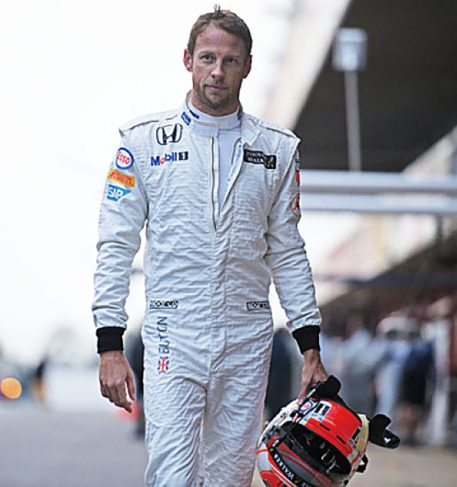 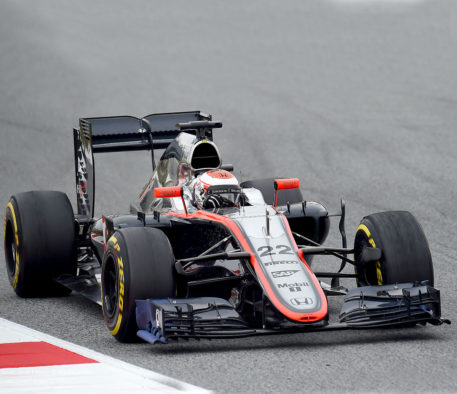 Original race suit worn by Jenson Button while driving for McLaren Honda. Button is a veteran of over 300 GP starts that include 15 Grand Prix victories, 50 podiums and the 2009 F1 World Championship.

The suit was race-used at the USGP, as well as at several other events, during the 2015 F1 season while Button was driving a MP4-30 for the McLaren Honda team. This classy all-white, with black cuffs, lightweight Sparco suit is almost a throw back to the early days of F1. Branding logos on the sleeves include Honda, Mobil 1, with Johnnie Walker branding logos on both sides of the chest and Tag, Esso, Pirelli, as well as other logos, printed on both arms. Button’s name and the Union Jack flag run down the left leg.

This is a great opportunity to own a race-used suit worn by a former F1 World Champion.