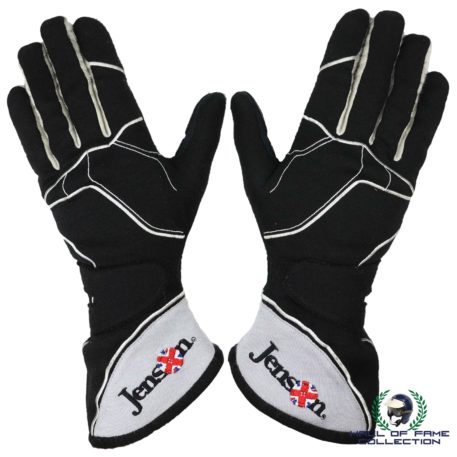 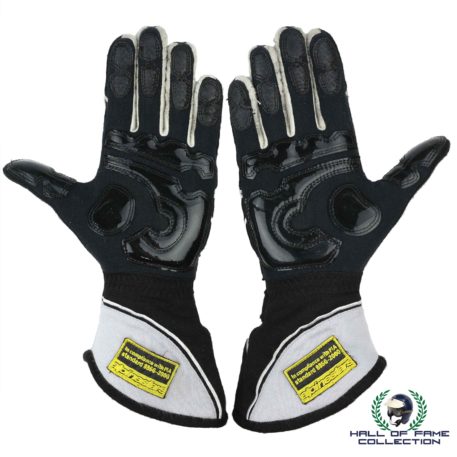 Pair of AlpineStars gloves worn by former World Champion Jenson Button. The gloves were used during the 2015 Formula One season where Button was teamed up with Fernado Alonso and drove the Honda powered McLaren MP4-30’s

The back of the gloves have silver piping and a grey section on their cuffs which have the ‘Jenson Button – Union Jack’  logo embroidered on them. The palms have black patent gripper rubber and the AlpineStars FIA-approved label on the cuffs.