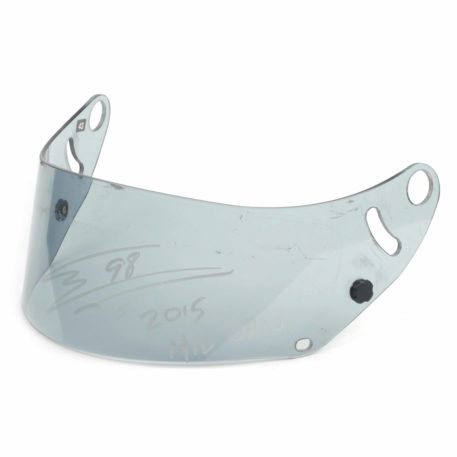 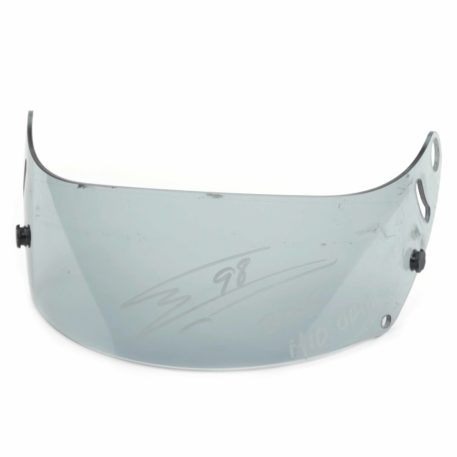 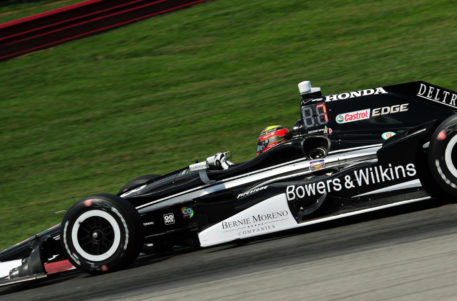 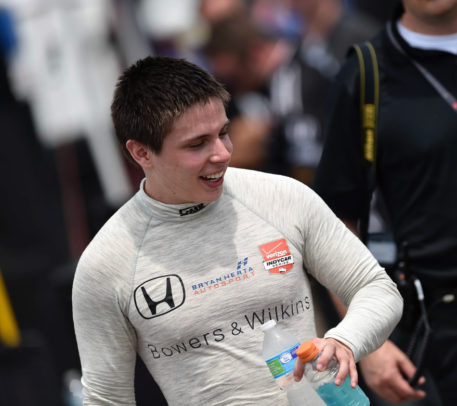 Race-worn and signed visor from 2015 “Rookie of the Year” Gabby Chaves. Chaves joined Bryan Herta Autosport to race full-time in the IndyCar Series for the 2015 season.  Chaves led 31 laps at the Pocono Raceway and had assumed the lead after leader and fellow rookie Sage Karam crashed, fatally injuring Justin Wilson in the process. Chaves led when the race was restarted with six laps to go but was passed for the lead. He was still on pace for his first podium finish when his engine let go with three laps remaining, bringing out a caution flag and effectively ending the race. The race was both Chaves’ first laps led and only DNF of the season. Chaves captured the “Rookie of the Year” title by 78 points over Stefano Coletti. However, due to a sponsor default, the team was unable to retain him for the next season.

This visor is hand-signed by the Chaves and comes with a Certificate Of Authenticity.