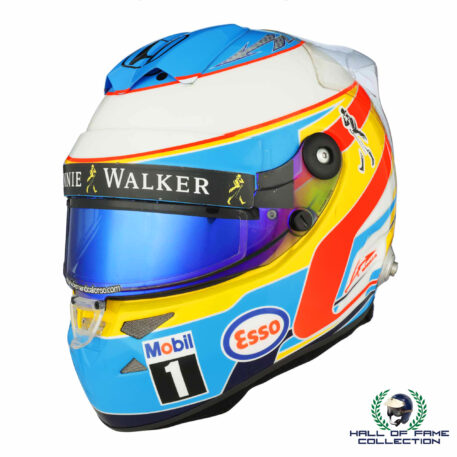 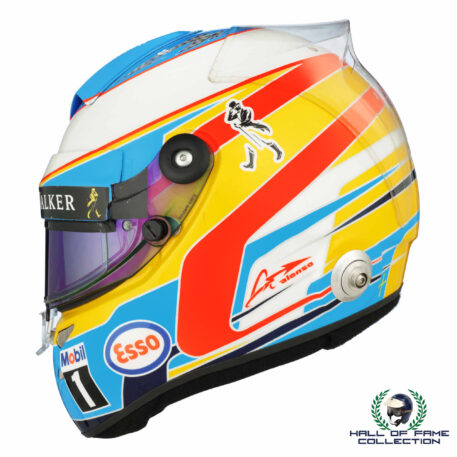 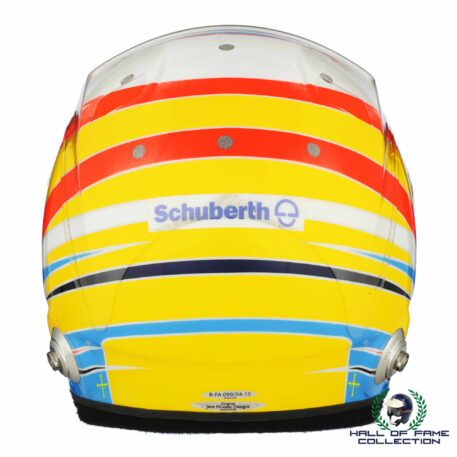 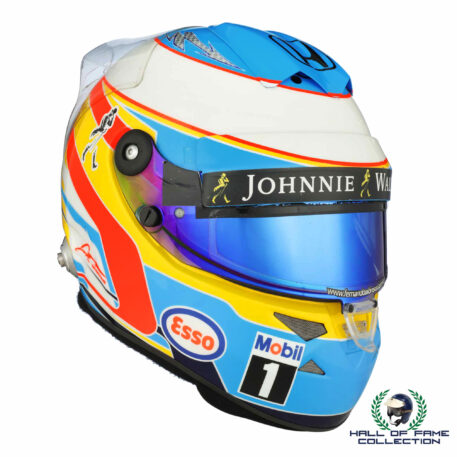 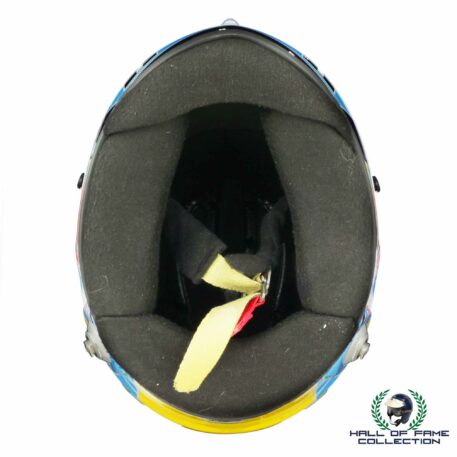 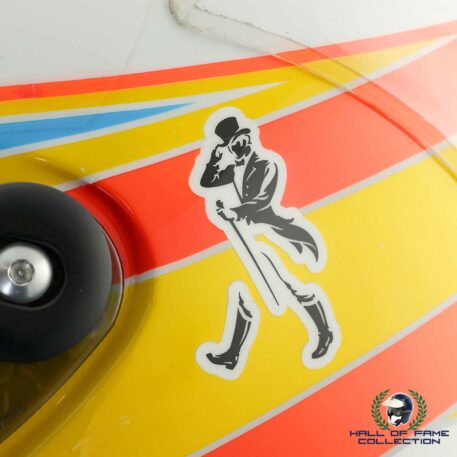 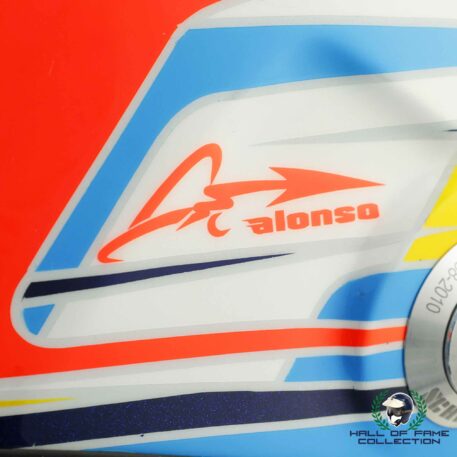 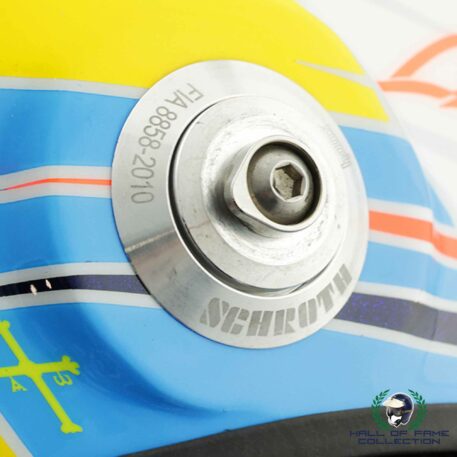 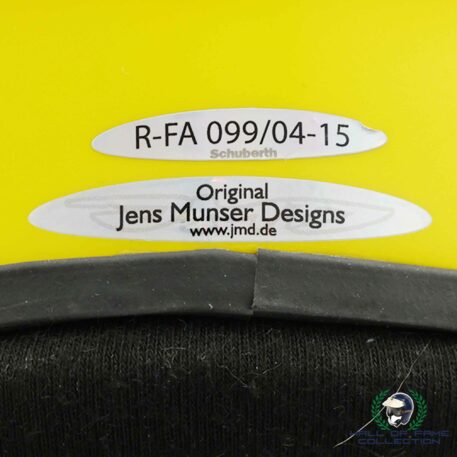 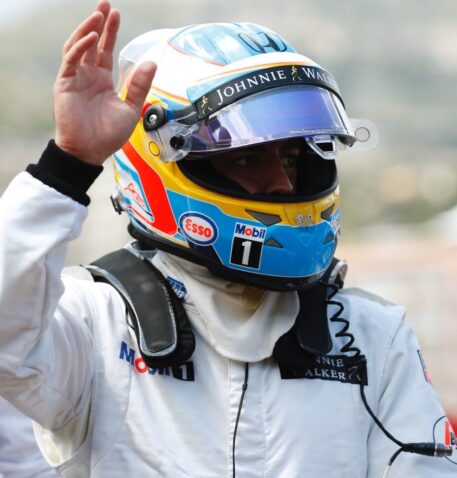 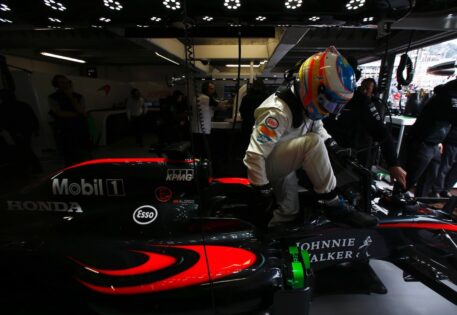 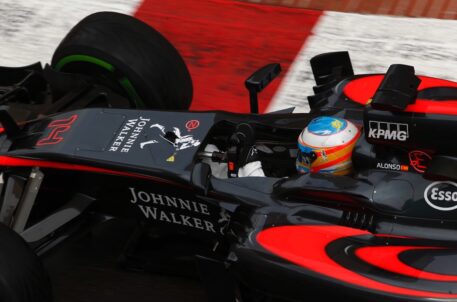 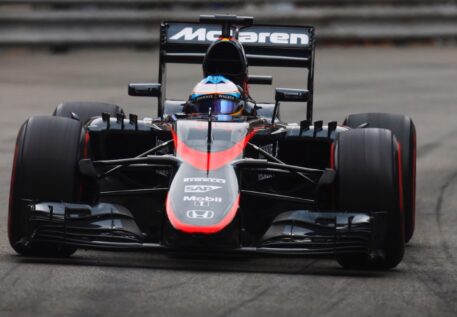 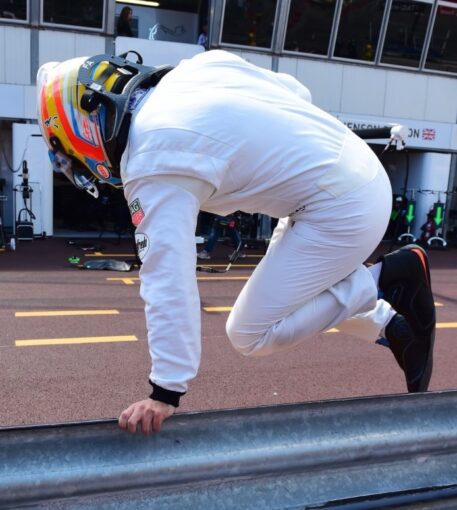 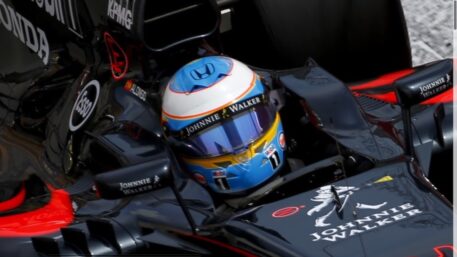 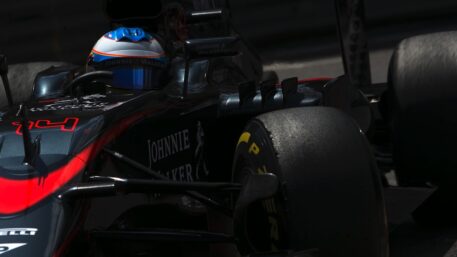 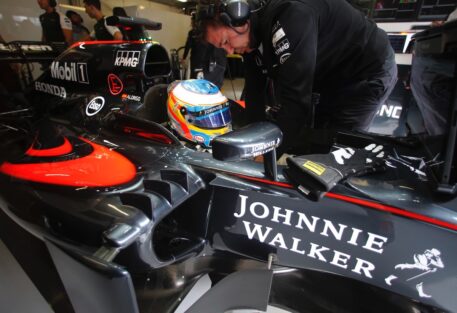 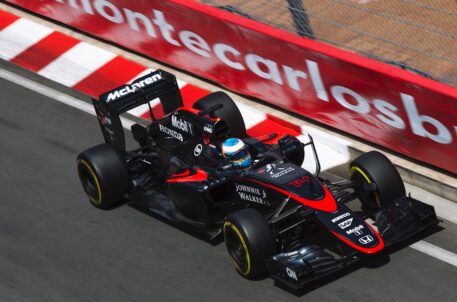 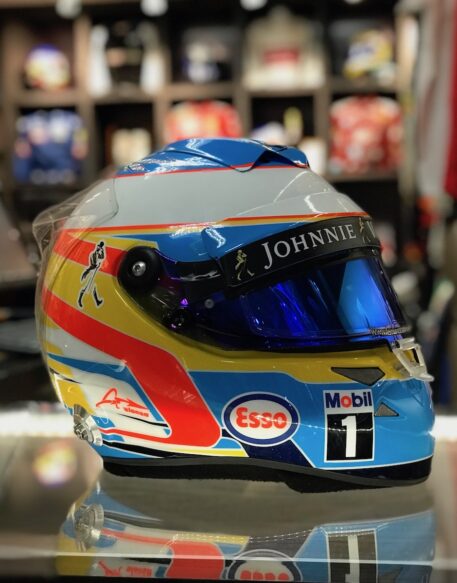 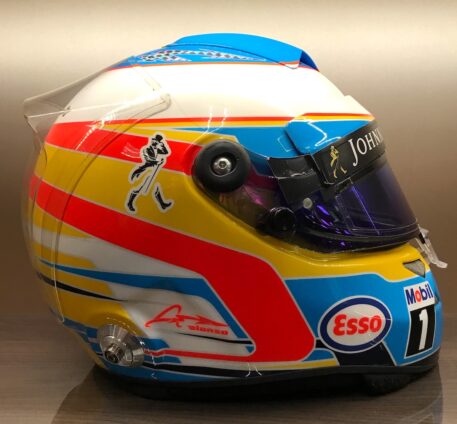 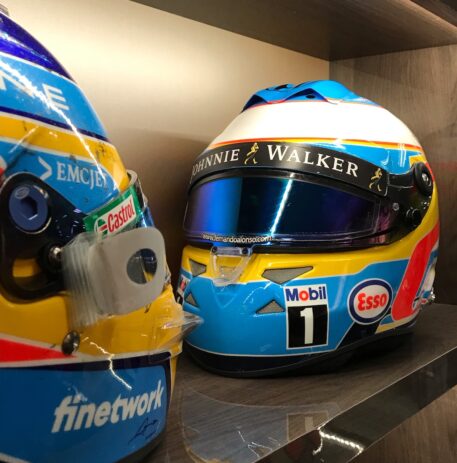 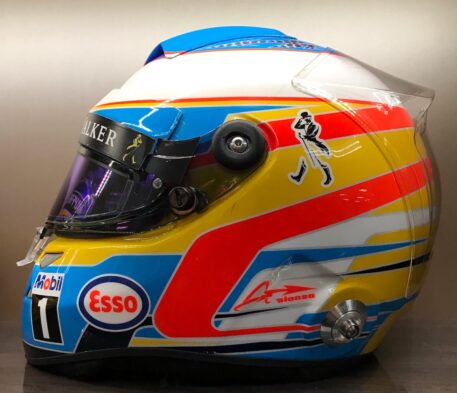 Race-used Schuberth helmet worn by Fernando Alonso during the 2015 Formula 1 season while driving for McLaren Honda. This particular Jens Munser Designs helmet was used by Alonso during the Monaco Grand Prix, and is painted in his now familiar colors representing his native Spain (red & yellow) and Asturias (light blue), the region he was born in.

Alonso had rejoined McLaren on a three-year contract from 2015 to 2017 after leaving Ferrari. He scored points twice in 2015: a 10th place in the British Grand Prix and a 5th in the Hungarian Grand Prix, while finishing 17th in the overall Drivers’ Championship with 11 points.

Alonso is currently competing for the Alpine F1 Team. He won the F1 World Drivers’ Championship in 2005 and 2006 with Renault, and has also driven for McLaren, Ferrari, and Minardi. With Toyota, Alonso won the 24 Hours of Le Mans twice, in 2018 and 2019, and the FIA World Endurance Championship in 2018-19. He also won the 24 Hours of Daytona with Wayne Taylor Racing in 2019.

Among the many recognitions during his career, Alonso was named the 2006 Autosport International Racing Driver of the Year. He was also voted the Indianapolis 500 ‘Rookie of the Year’ for his performance in the 2017 Indianapolis 500. He was inducted into the FIA Hall of Fame in 2017 for being a two-time F1 World Champion and again as a FIA World Endurance Champion in 2019. This made Alonso the first driver to have been inducted into the FIA Hall of Fame twice, which is a testament to his versatility and success as a driver throughout his career.