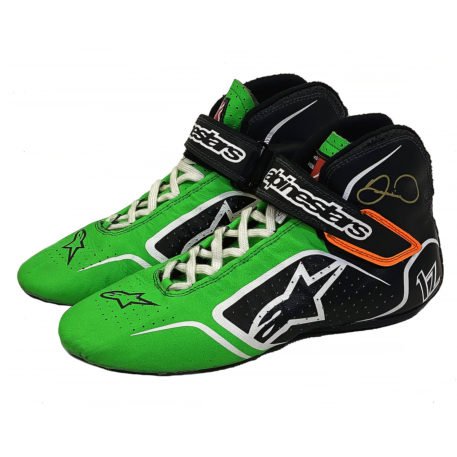 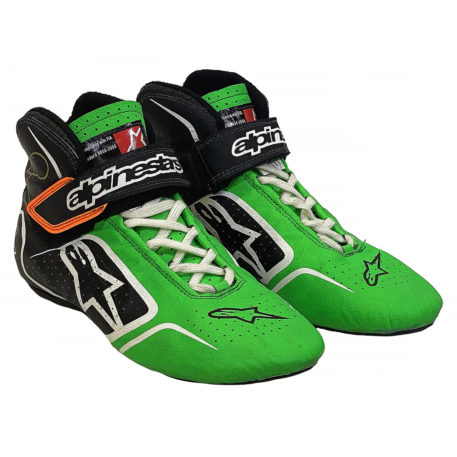 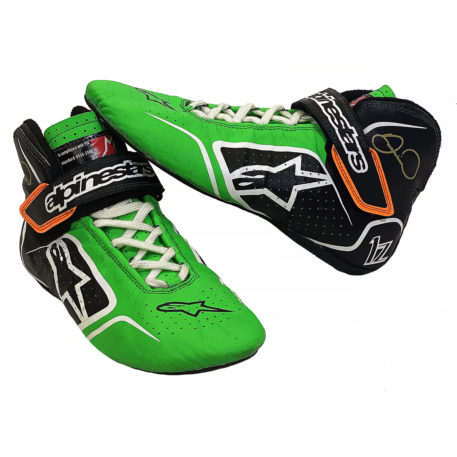 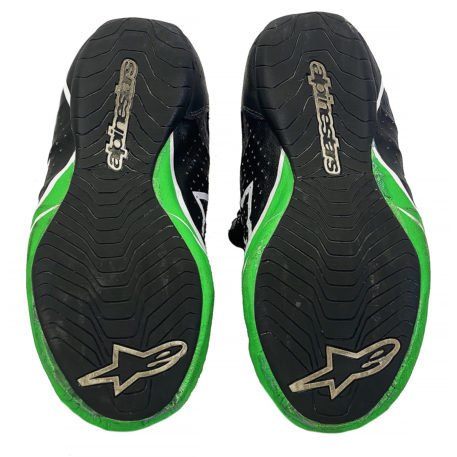 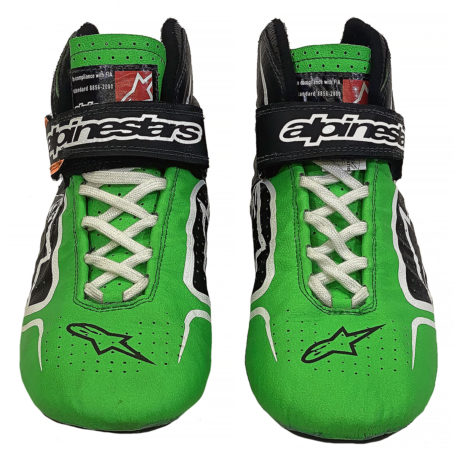 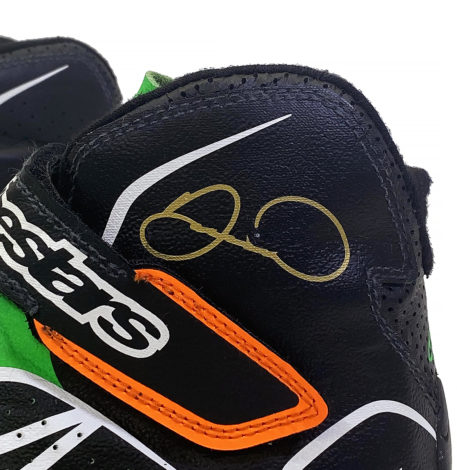 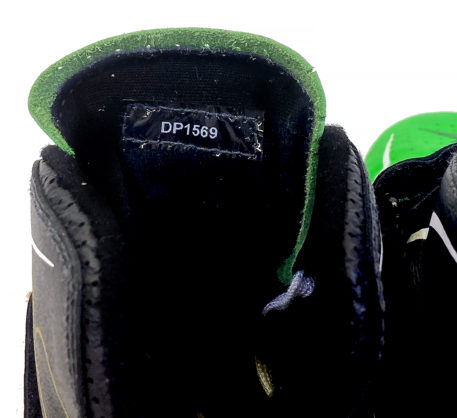 Pair of Alpinestars 1Z race boots worn by popular American race driver Danica Patrick. She used these boots during the 2015 NASCAR Monster Energy Cup Series. In a career that started in Sprint Cars and then transitioned into a very successful eight years in the IndyCar series, Danica made history by becoming the first woman to win a race in the history of top-level American open-wheel racing. She then switched to the demanding NASCAR Cup and Nationwide Series. In 2015 Patrick was in her fourth season of six driving for the Stewart-Haas Racing team where she was also the figurehead of her major sponsor ‘Go Daddy’, an internet domain registrar and web hosting company.

The boots have the fluorescent green and black colors of the ‘Go Daddy’ company. There are white flashes and Alpinestars branding logos on their sides. There are also gold printed Danica Patrick signatures on the outside ankle collars. The inner tongues of the boots have the driver order labels still attached.