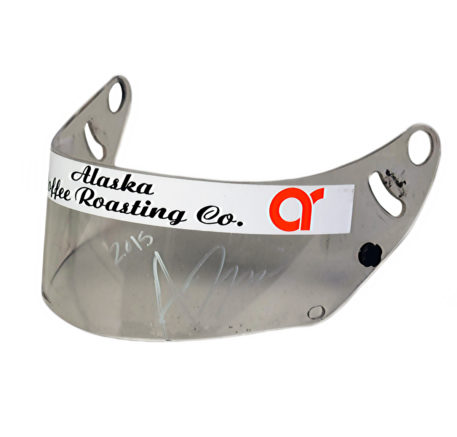 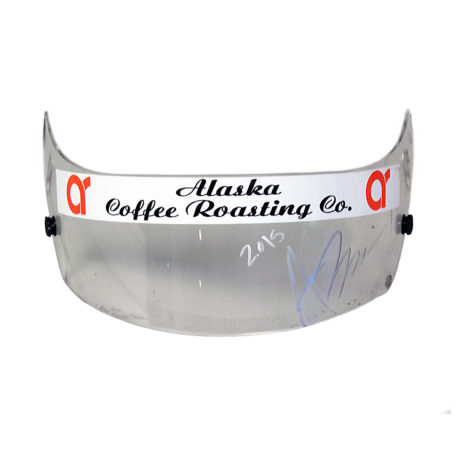 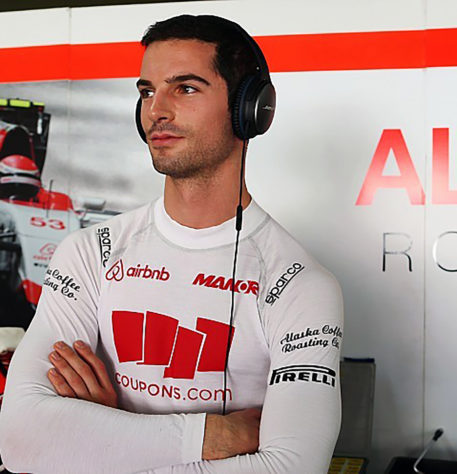 Visor used by American driver Alexander Rossi in 2015 while driving for the Manor Marussia Formula One Team. The visor has an Alaska Coffee Roasting Co. sun strip (a personal sponsor of Rossi), as well as Rossi’s red ‘ar’ logo on either side. It has also been personally signed and season dated by Alexander Rossi in silver Sharpie pen.