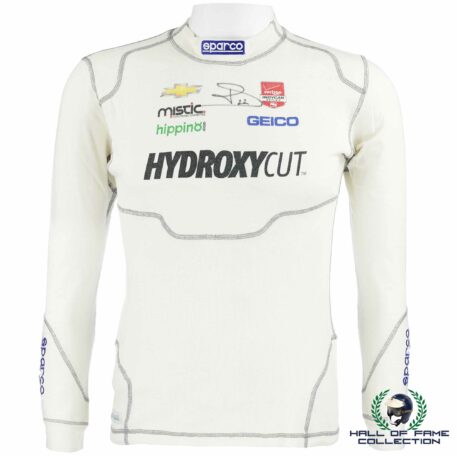 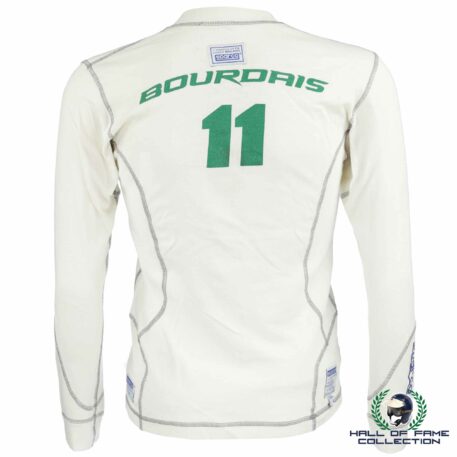 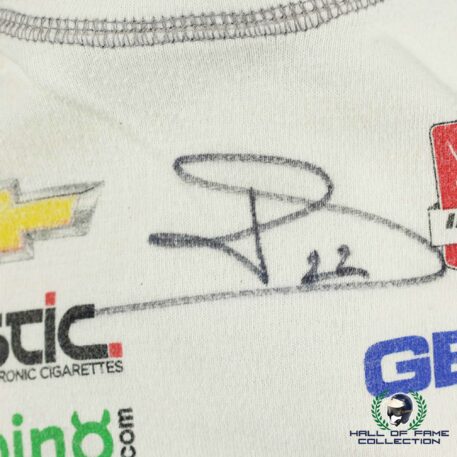 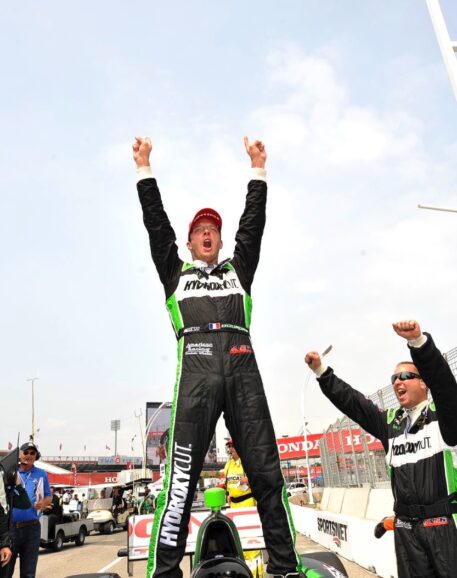 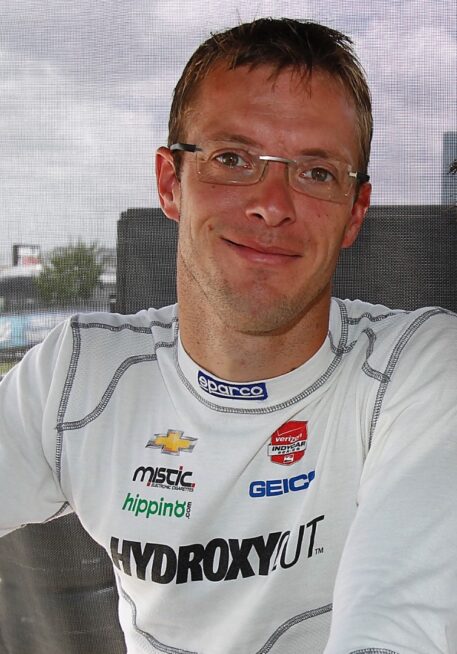 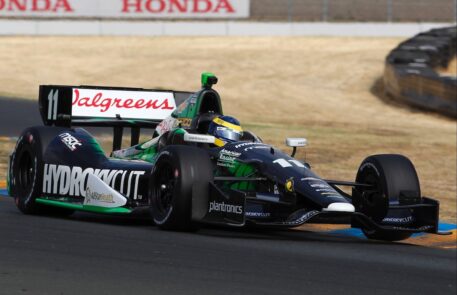 Race-used Nomex worn by French-born Sebastien Bourdais during the 2014 IndyCar season while driving for KV Racing.

After a fairly difficult previous season in IndyCar, by 2014 Bourdais broke through for two pole positions and one victory at the Honda Indy Toronto. By midpoint in the 2015 season, his second year driving for Jimmy Vasser’s KV Racing team alongside teammate Stefano Coletti, Bourdais’s stock steadily rose to top-20 status in the world drivers’ ranking.

The Nomex is signed by Bourdais and comes with a Certificate Of Authenticity.