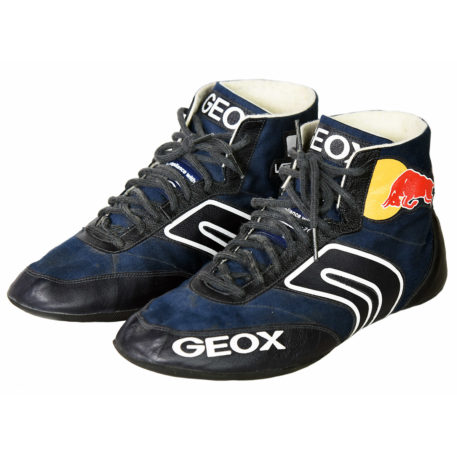 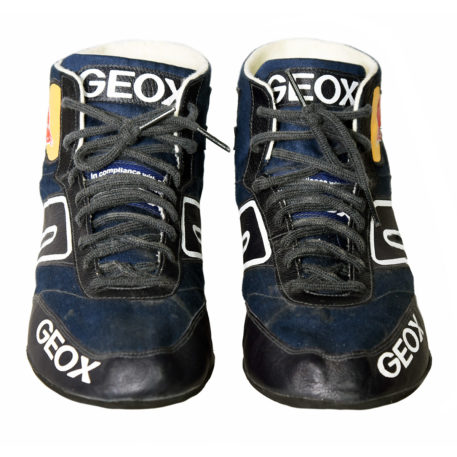 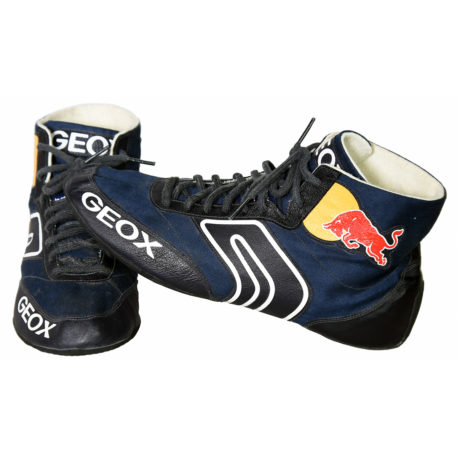 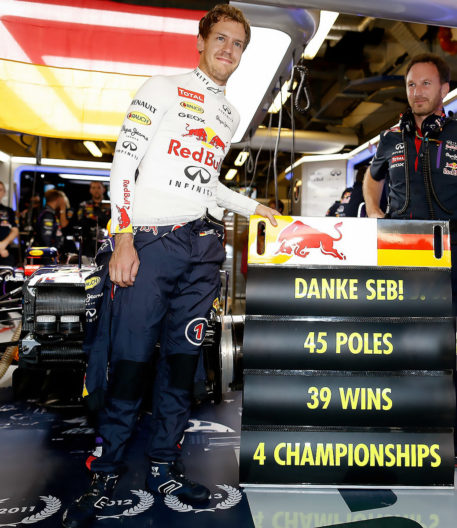 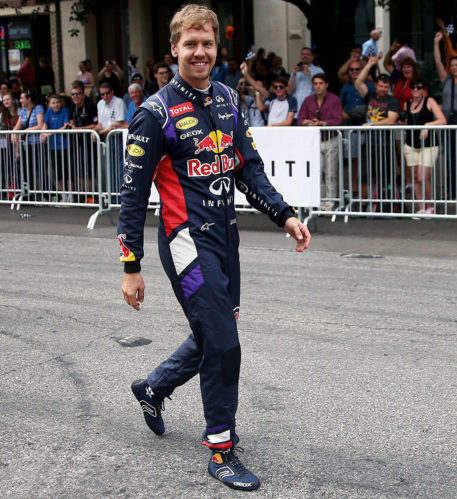 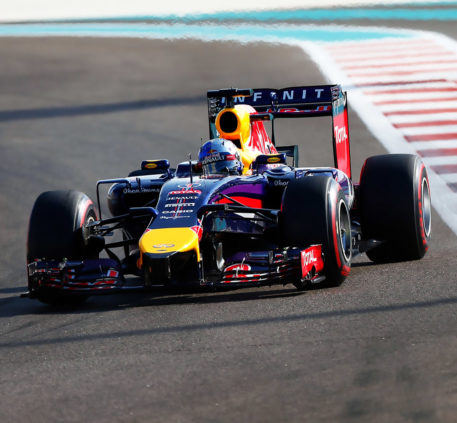 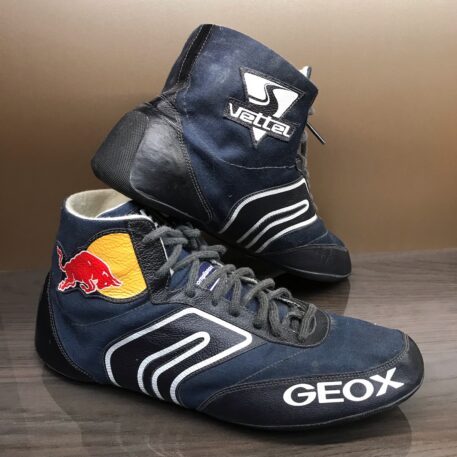 Pair of Geox Red Bull race boots worn by Sebastian Vettel in his final season driving for the Infiniti Red Bull Racing Team in 2014. After eight years with the Red Bull organization (two while driving for Scuderia Toro Rosso) and capturing four Formula 1 World Titles (2010 to 2013), the German driver decided to make his dream move and join the Scuderia Ferrari team for the 2015 season.

These very rare blue boots made from breathable fabric have black leather protective sections stitched around the toe, heel, and lace areas. The Geox branding stripes are on either side with the Red Bull ‘Charging Bull’ logo on the outside ankle sections. The inner ankle sections have Vettel’s personal ‘VS’ logo and name lettering printed on them.

These lightweight boots were race-used at several events, including the United States and Abu Dhabi Grands Prix.