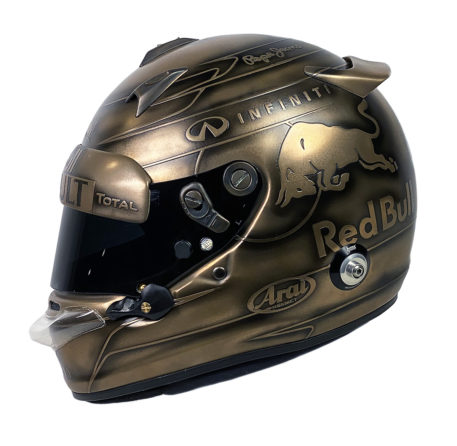 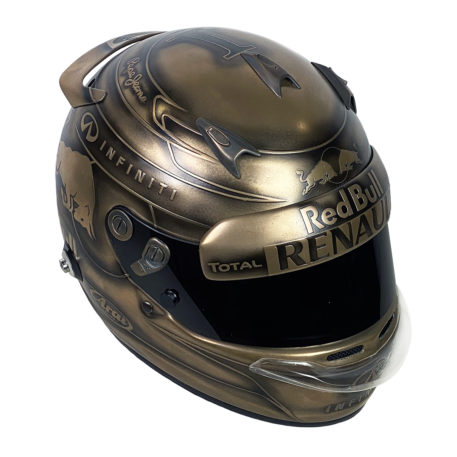 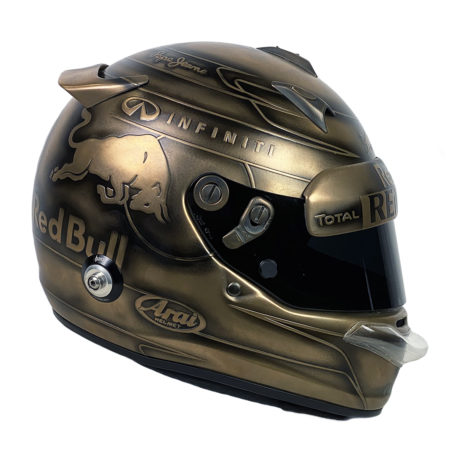 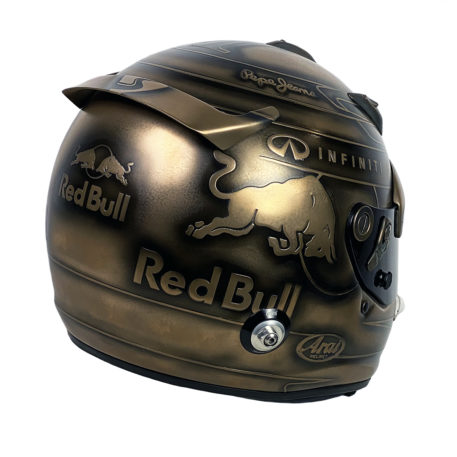 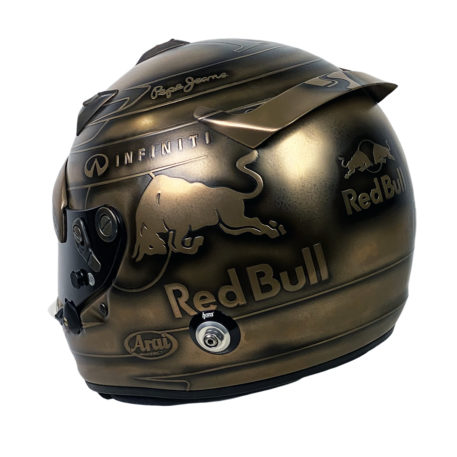 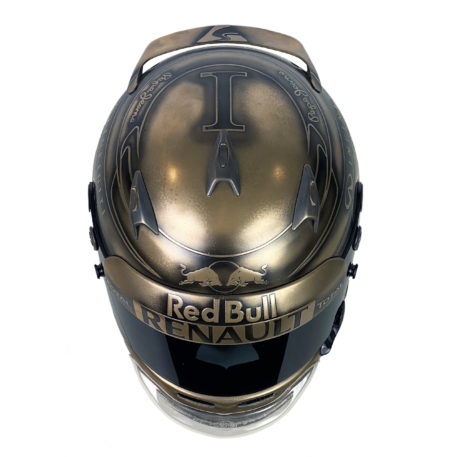 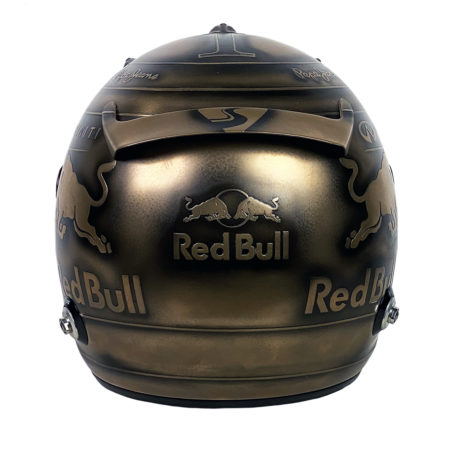 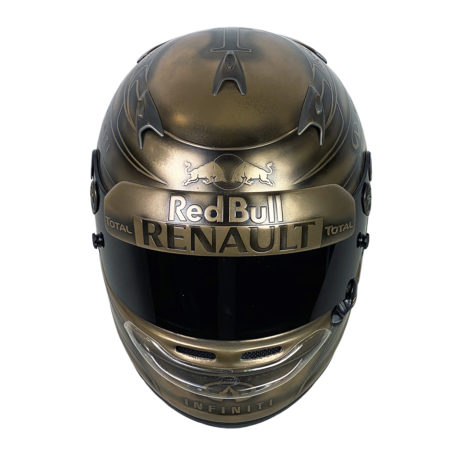 When reigning World Champion Sebastian Vettel took to the grid for the 2014 Monaco Grand Prix, it was to be his 100th race for the Red Bull Racing Team. He asked his helmet designer, Jens Munser, to come up with a special design to mark the occasion. What JMDesigns created would go down in most people’s opinions as one of the greatest ever. Munser had worked on and perfected his idea of having a helmet that actually looked like it was cast from bronze metal. This jaw-dropping effect was to pay homage to the head protection gear worn by warriors throughout ancient history, and by one of the modern-day warriors of F1 racing.

Munser had only painted two or three of these ‘Bronze’ Vettel helmets: one for the German driver to use around the streets of the principality, which the four-time World Champion likely kept for his own collection, a back-up which apparently was prepared but not used at the German GP, and additionally this replica. Hall of Fame Collection is very proud to offer our clients this unique replica helmet. It is the exact representation of the race-worn original. Painted on an Arai GP6 model, it has all the markings of the race-used helmet including Vettels race #1, Red Bull’s ‘Charging Bull’ logos, Arai, Infinity, and Pepe branding logos raised in relief as they would be on a bronze casting. The visor has a bronze effect capping with Renault and Total raised lettering on it. It has all the fittings that the race-used helmet would have had, including vent covers, rear and chin air deflectors, visor lock and HANS post anchors. Vettel would also use the the same helmet during practice sessions for the 2014 Japanese Grand Prix before he retired it into the F1 history books.

To say this helmet is stunning would truly be considered an understatement. Do not miss this one-off chance to acquire this tremendous piece, at a small percentage of the cost of the original race-used helmet.

The helmet comes with a Certificate Of Authenticity and a copy of the original invoice when JMD was paid for the helmet can also be provided to the buyer if required.