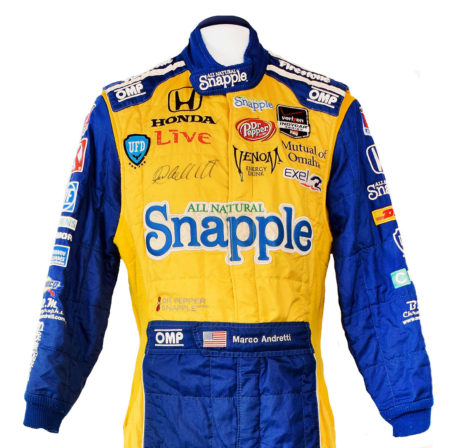 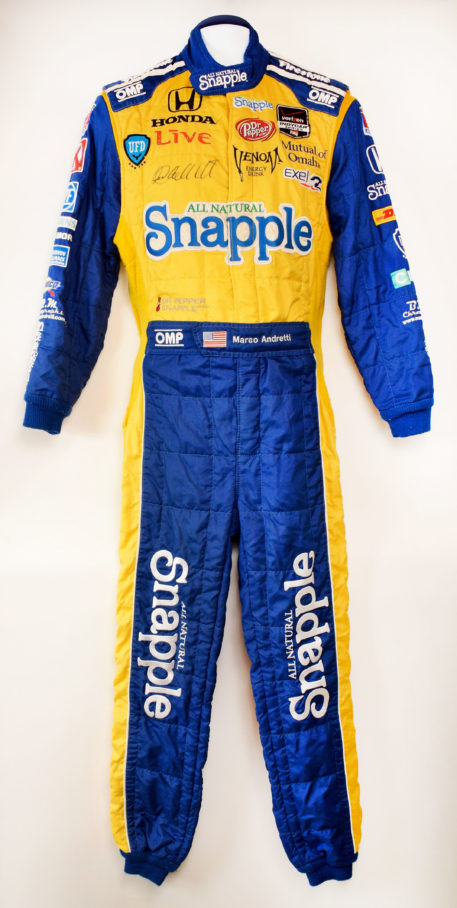 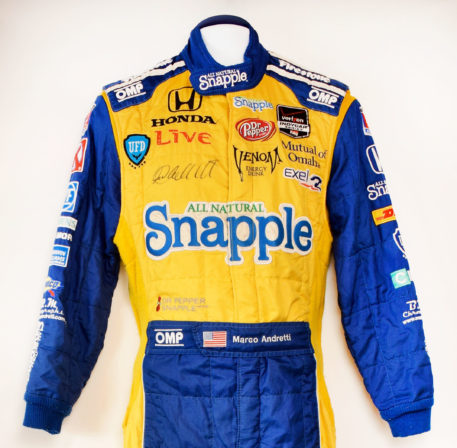 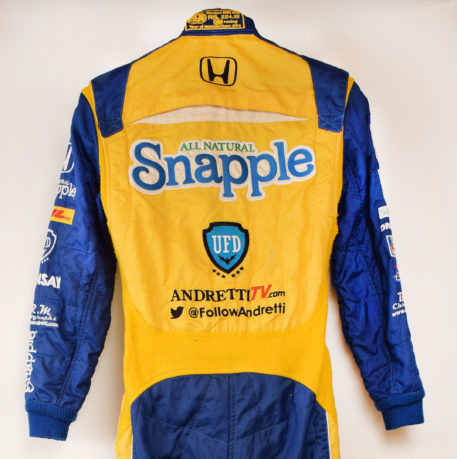 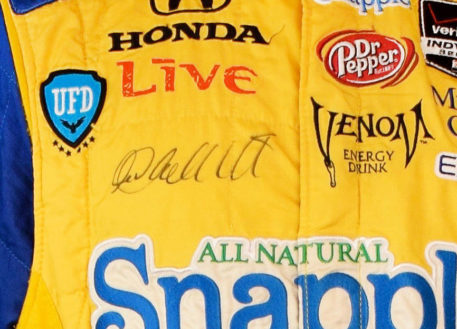 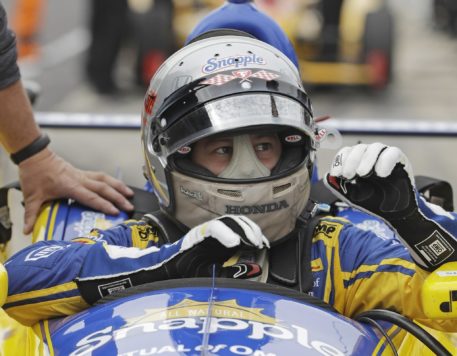 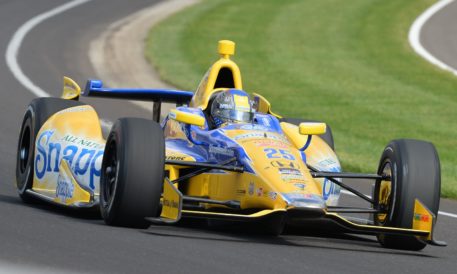 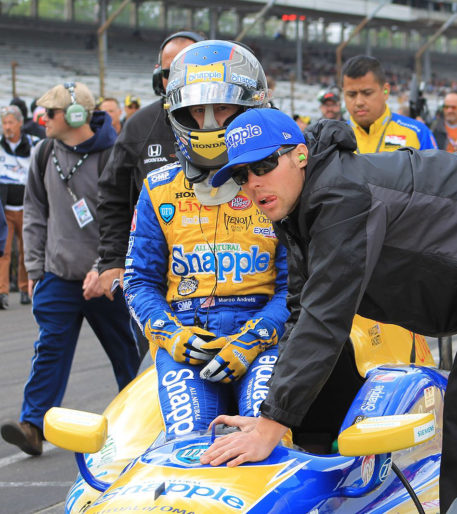 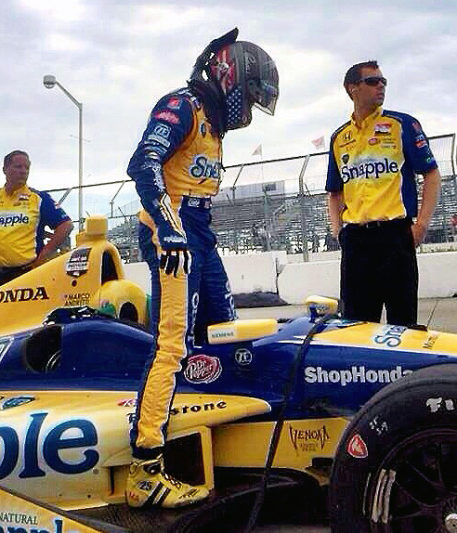 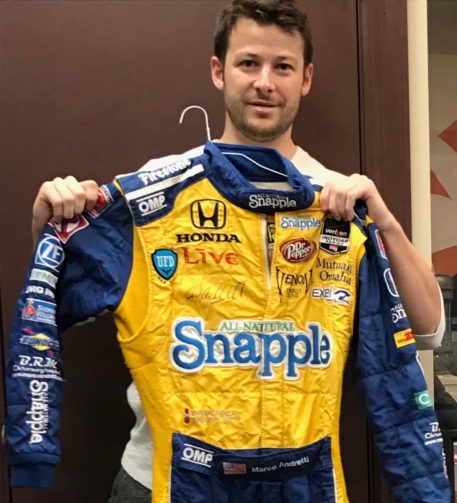 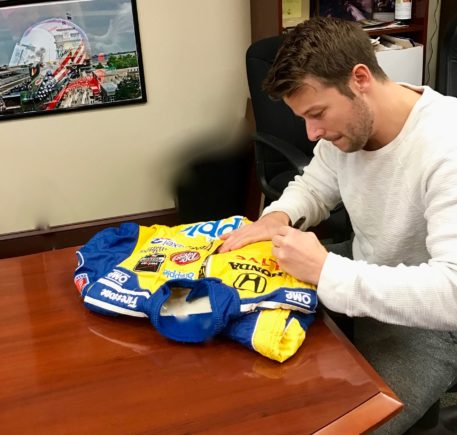 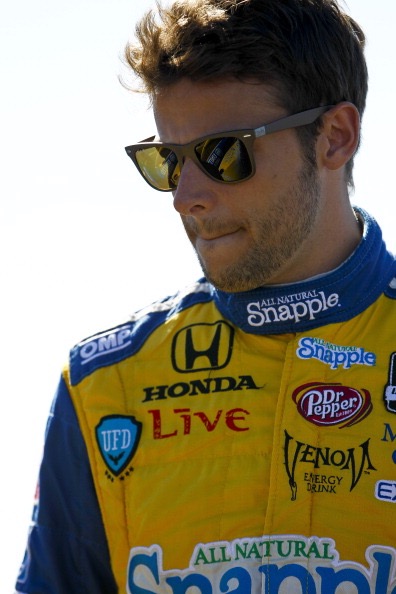 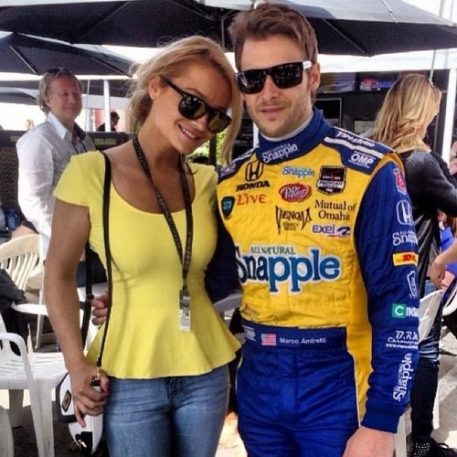 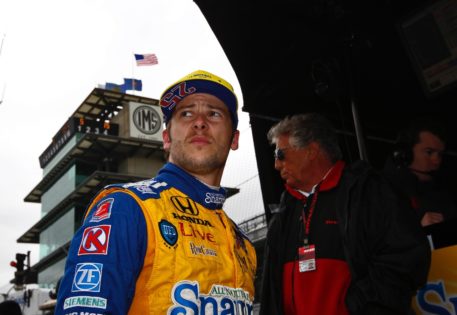 The suit was worn during the 2014 IndyCar season, including the Pocono 500 and at Indianapolis during the month of May. Andretti would finish in a very close third place in the Indy 500 with less than second between the first four cars making it the second-closest finish in the race’s history.

Great looking OMP suit in bright blue and yellow with sponsorship from tea and juice drinks manufacturer Snapple, along with many other sharp looking sponsor patches.

Suit is signed by Marco Andretti and is from his personal collection.