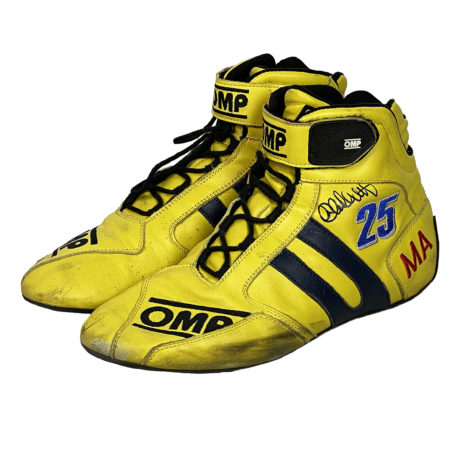 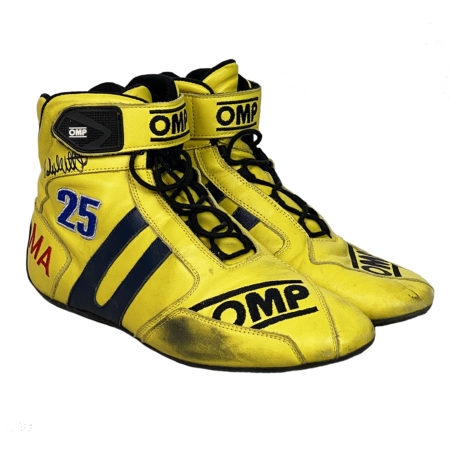 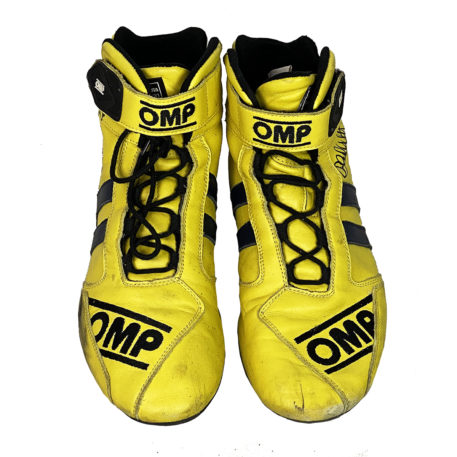 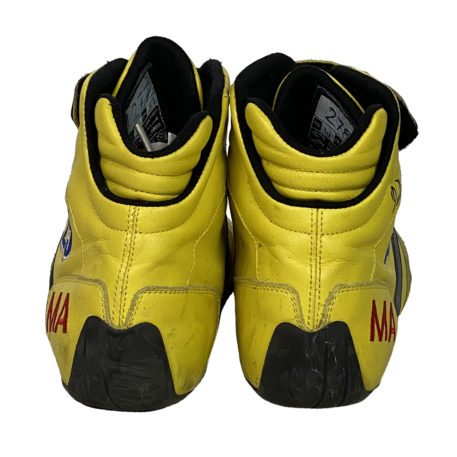 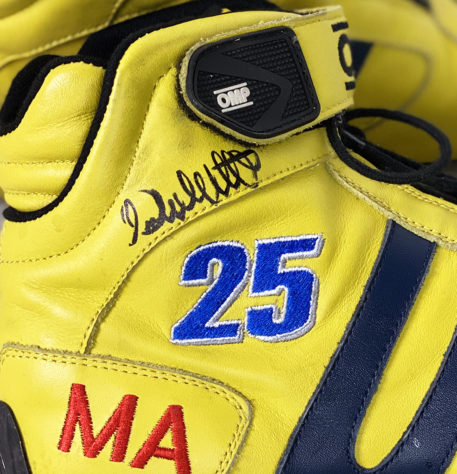 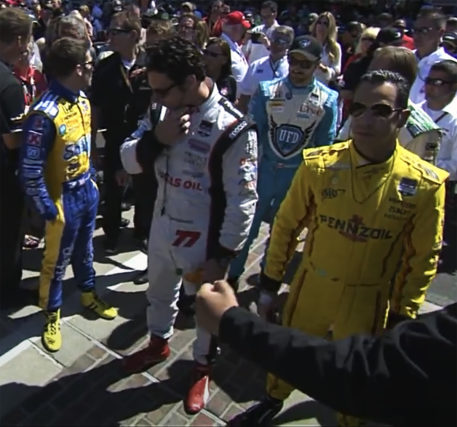 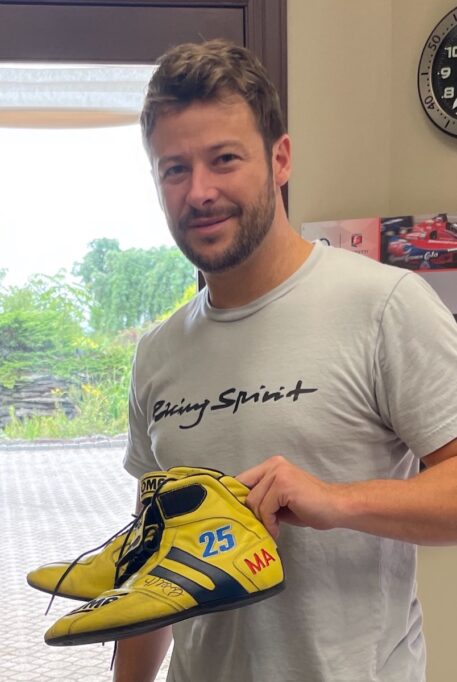 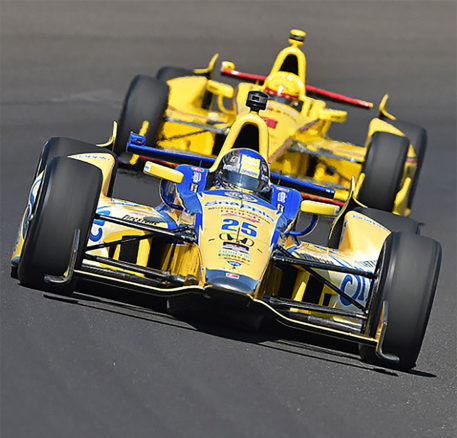 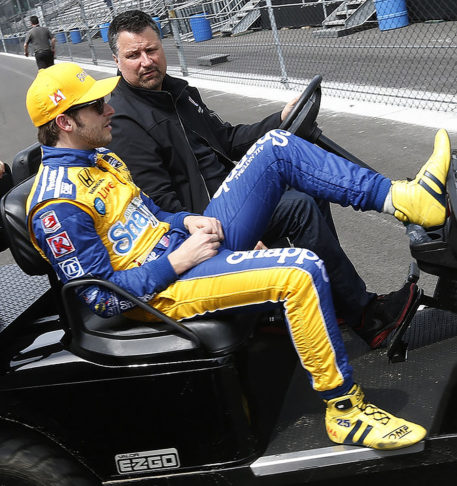 Yellow OMP race boots worn by American driver Marco Andretti during the running of the 98th Indianapolis 500. Andretti, starting for his father’s Andretti Autosports team, drove a brightly colored yellow & blue Snapple Drinks sponsored Honda-powered Dallara DW12. He started from the outside of the second row and, after an arduous 250 laps of the famous speedway, brought his machine home to finish in a creditable third place. These boots can be seen being worn (see pictures) at the driver’s introduction before the start of the race.

The boots have two black side stripes on all sides and OMP branding logos on the toe area and fastening straps. Andretti’s race #25 and ‘MA’ initials are embroidered on both outside ankle shafts and heels respectively.

Marco Andretti has personally signed both boots in black sharpie and come with a Certificate Of Authenticity.