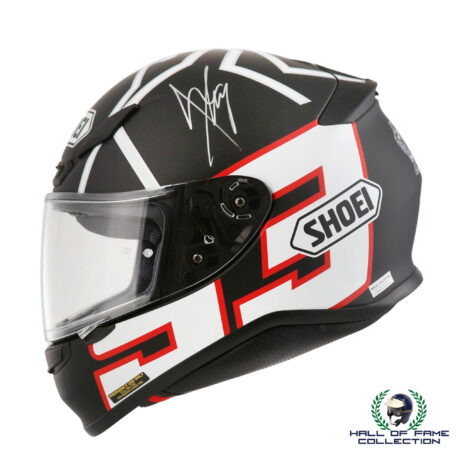 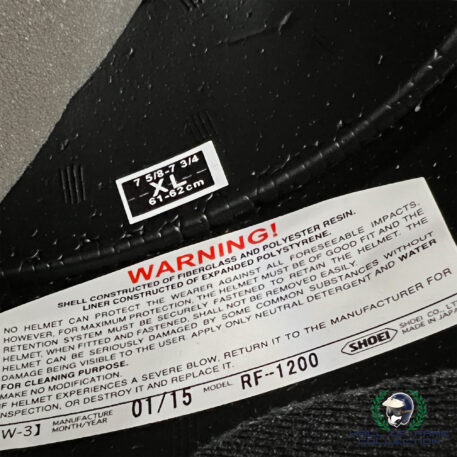 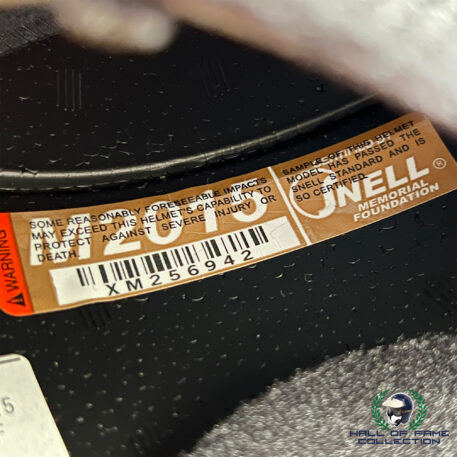 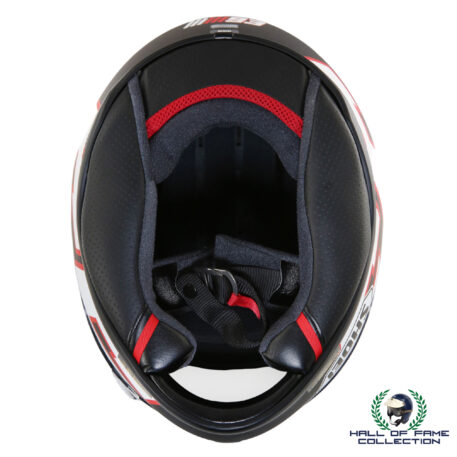 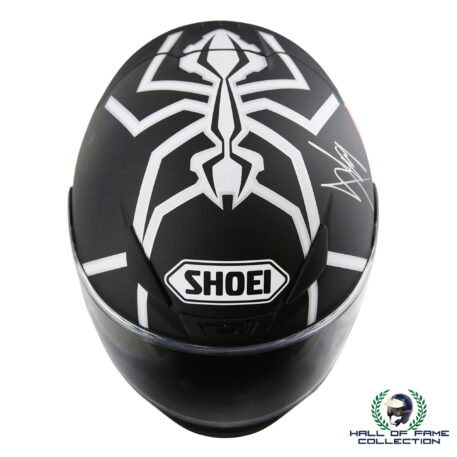 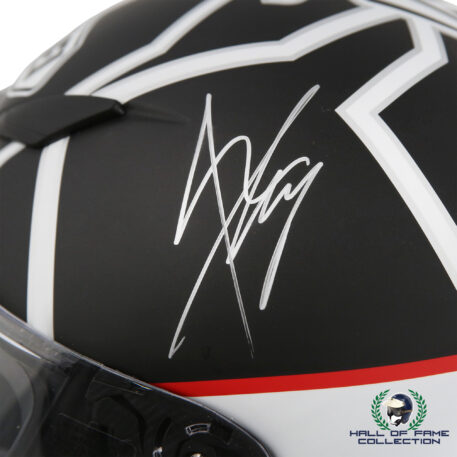 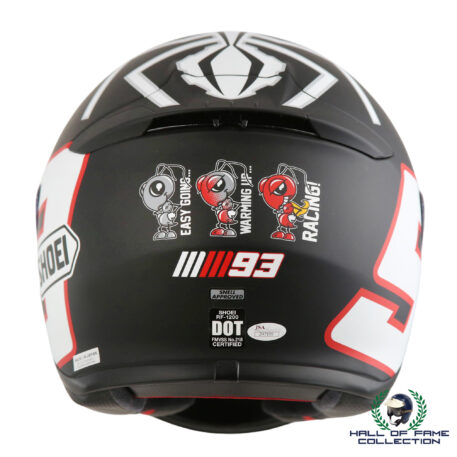 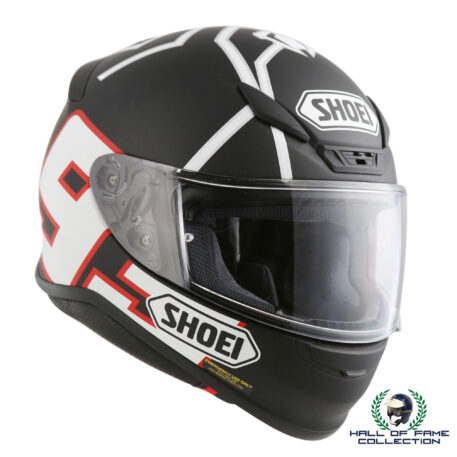 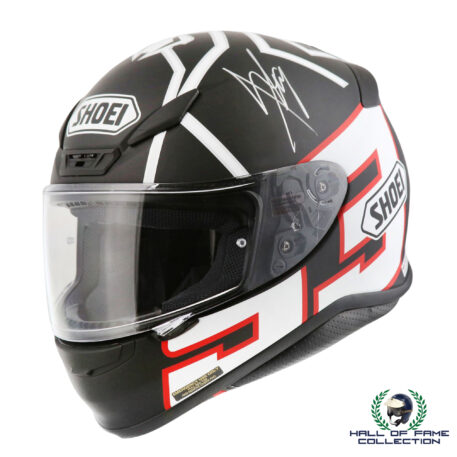 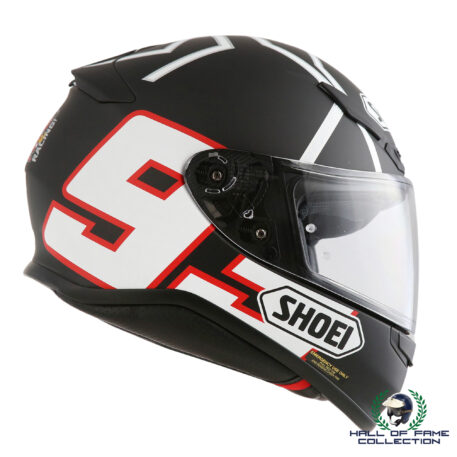 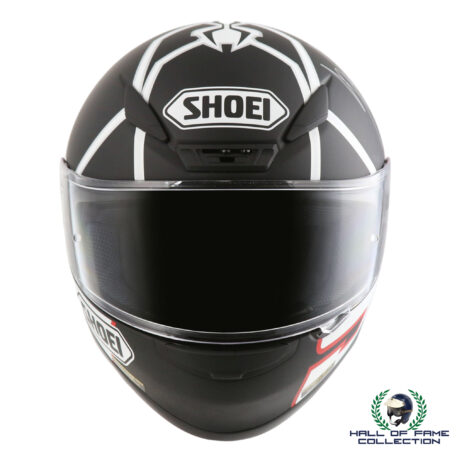 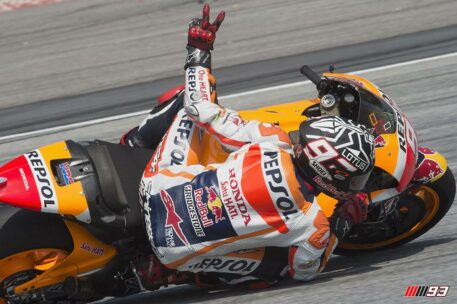 That season Marquez won the first 10 rounds of the 2014 Championship in fine form.  He would add 3 more victories to pass Mick Doohan’s previous record of 12 wins in a season, and scored his second World Championship… all this at just 22 years old.

This beautiful, matte black helmet has been hand signed by the 8-time World Champion and comes with a Certificate Of Authenticity.