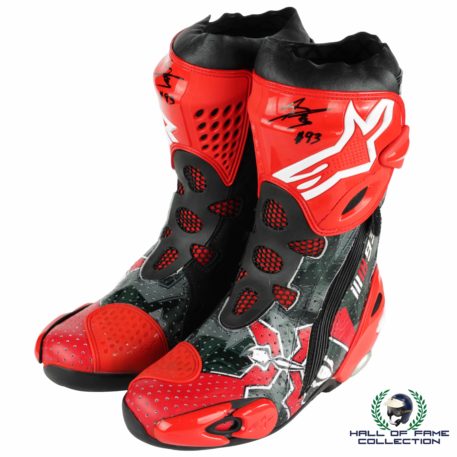 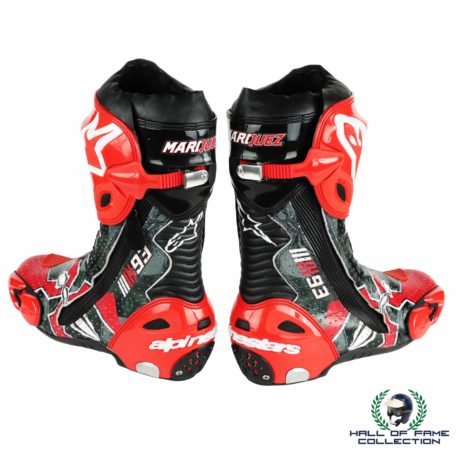 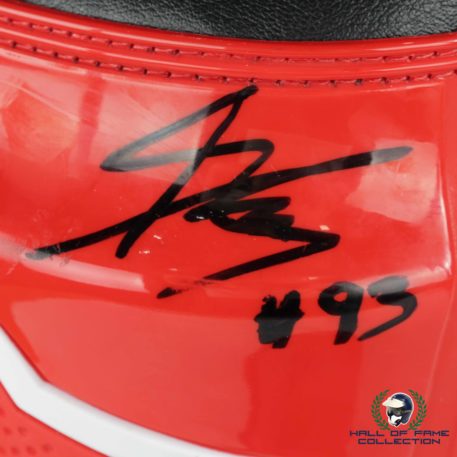 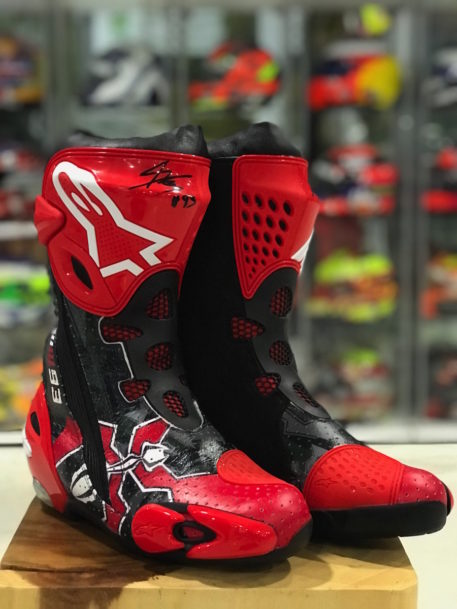 Fantastic, original promo boots from 6-time MotoGp World Champion Marc Marquez. These original Alpinestars boots were made for Marquez and the Repsol Honda team to be used during photoshoots and promotional events.

They have all the usual fittings, such as the Alpinestars sliders, metal safety clip and zips. Decorated in the custom-made Marquez design, with number ’93’ on them, they are a perfect replica of his race boots.

Marquez memorabilia rarely becomes available, so don’t miss out on the opportunity to own these spectacular looking boots from his 2nd World Championship MotoGP winning season.

The boots have been hand signed by the Spaniard and come with a Certificate Of Authenticity.