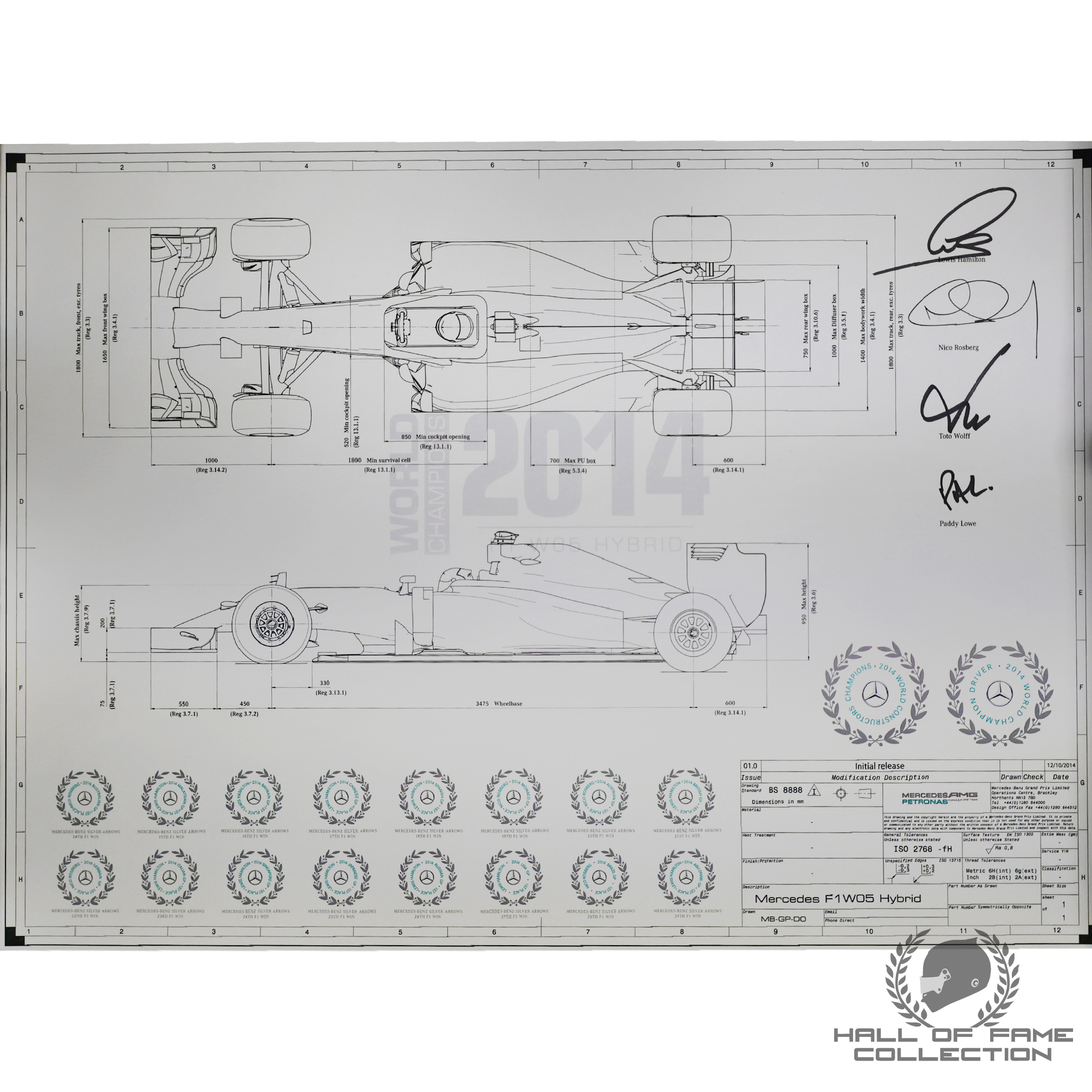 Technical drawing of the Mercedes W05 Hybrid hand-signed by Lewis Hamilton, Nico Rosberg, Toto Wolf, and Paddy Lowe! This beautiful 12 x 16.5″ print was issued as a gift to Mercedes Team members in 2014 and was never offered to the general public.

The Mercedes W05 won both the 2014 Drivers’ and Constructors’ Championships. Out of the 19 races in the 2014 F1 season, teammates Lewis Hamilton and Nico Rosberg won a combined 16 races, with 30 podiums, 18 poles and 12 fastest laps. Lewis Hamilton, driving in his 2014 Mercedes W05 Hybrid, would secure his 2nd F1 World Championship and his first crown for Mercedes that season. It was a season that truly put Hamilton on the road to being one of the sports greatest F1 drivers.

This is a unique keepsake of the 2014 Mercedes W05 and it’s dominance that season.

The multi-signed print comes with a frame and a Certificate Of Authenticity.