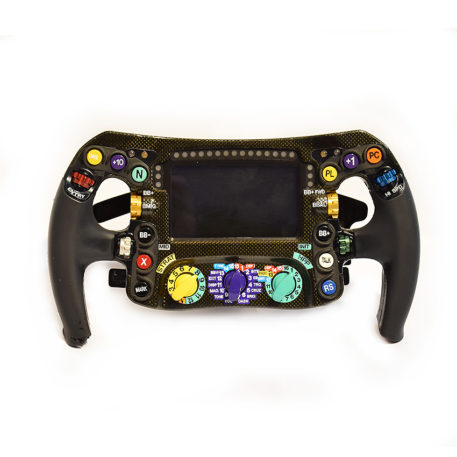 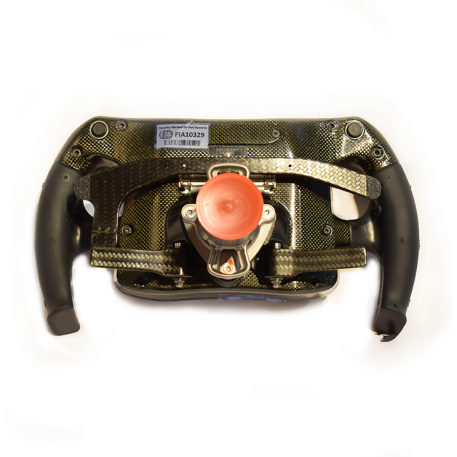 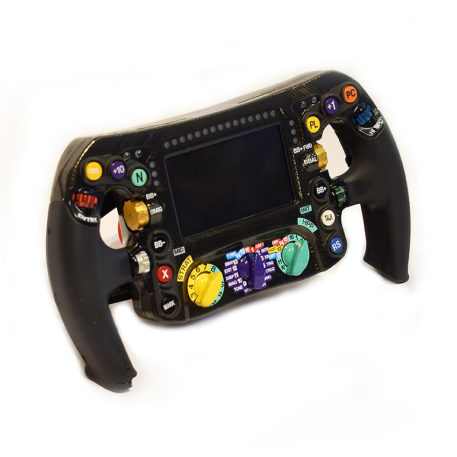 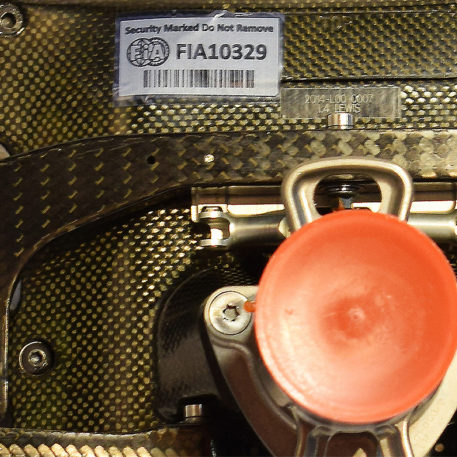 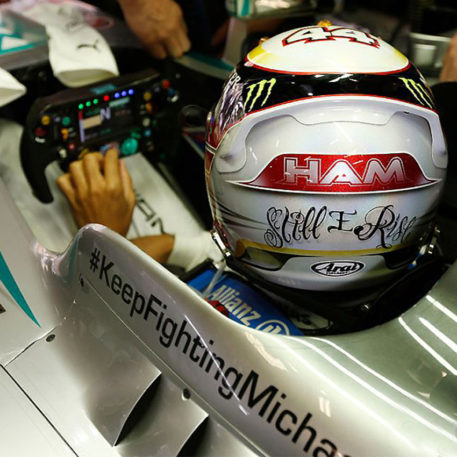 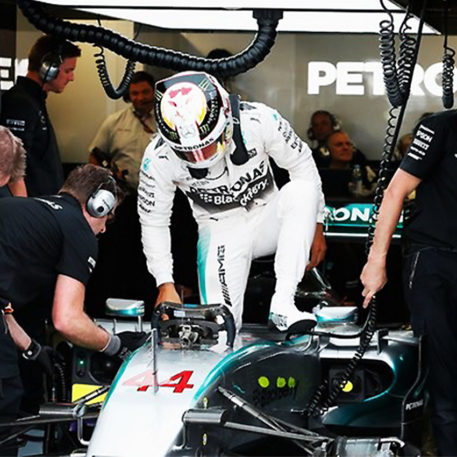 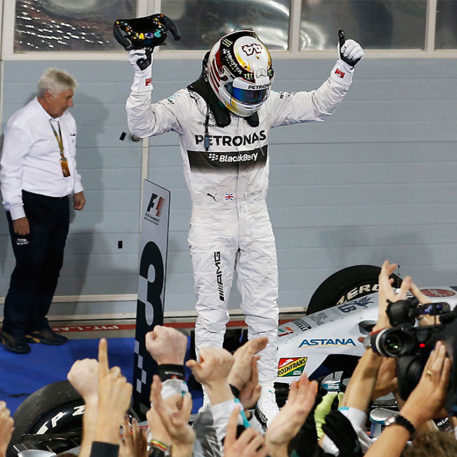 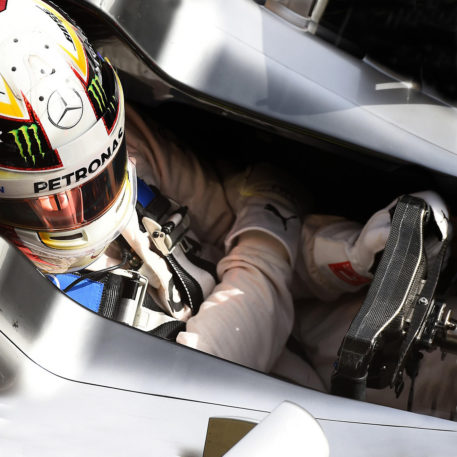 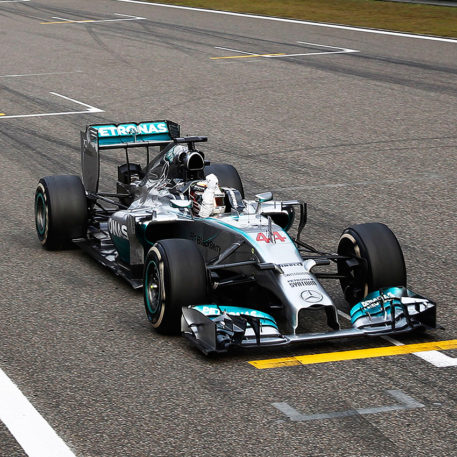 This original steering wheel was race used in the Mercedes AMG Petronas F1 Team’s W05 Hybrid car of Lewis Hamilton during his campaign to winning the 2014 Formula 1 World Championship.

At the time this was Hamilton’s second Championship title but his first with the Mercedes Petronas team.

Hamilton had a large influence in the design of this extremely complex piece of technology and in doing so saving weight in its construction compared to the Mercedes F1 previous steering wheels. Due to the way Hamilton held the wheel the base of the old style wheel was removed at the bottom of the handgrips where they meet as it was no longer needed. There’s a large central display as in previous years, but the multitude of buttons and thumb wheels that control brake bias, DRS, pit lane speed limiting, engine/fuel strategy, engine mapping’ as well as the three central dials that influences everything from tyre swaps in the pits to cruise control, were all updated and improved. All shifting paddles were also improved upon to suit Hamilton’s comfort. Team mate Nico Rosberg also used a very similar steering wheel (differences can be seen in the attached video clip).

The carbon fibre steering wheel comes complete and in full working order and can be powered up with the right connections and power supply. It has the Mercedes F1 Identifying plate still attached to signify the it was one used by Hamilton. It also has the FIA tech sticker still applied.

This is an incredibly rare opportunity to own this fabulous piece of Formula 1 history. One not only used by a World Champion driver but from Constructor’s World Championship team and from a winning car.