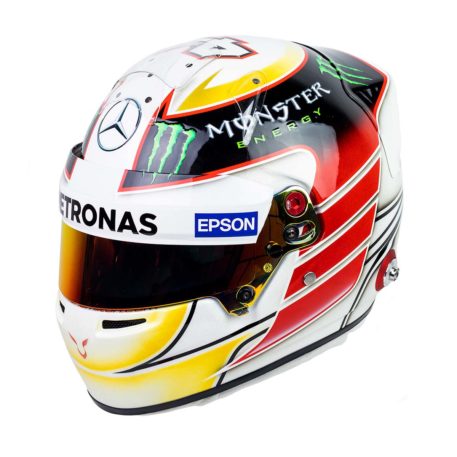 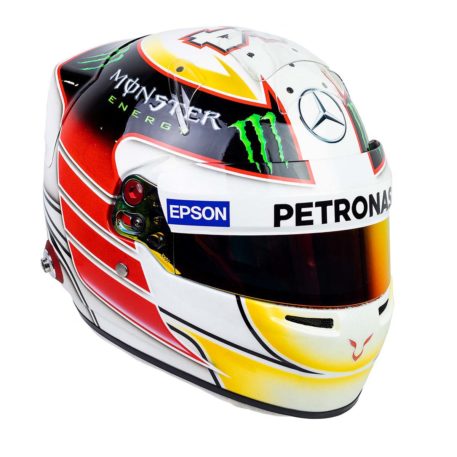 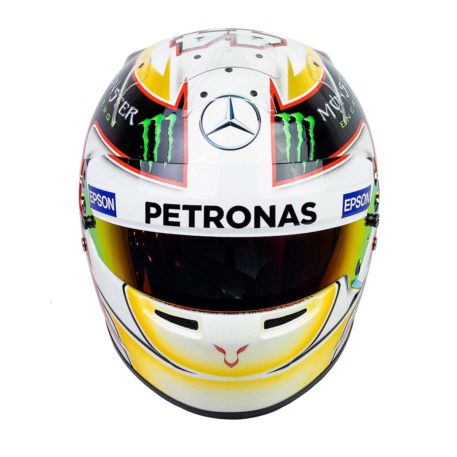 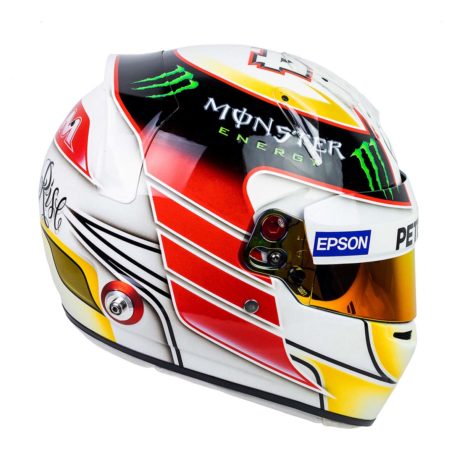 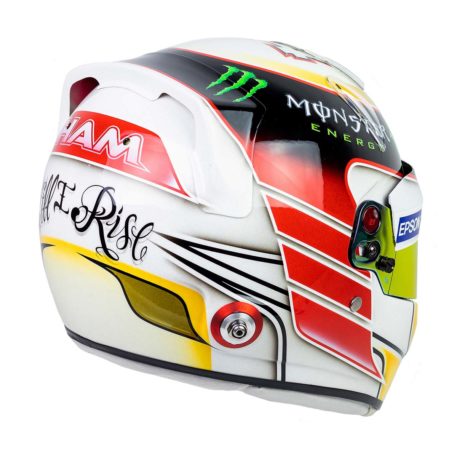 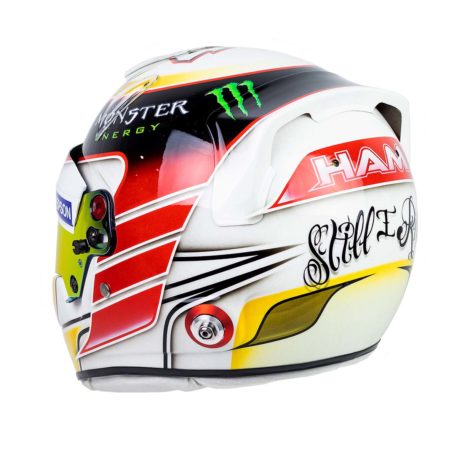 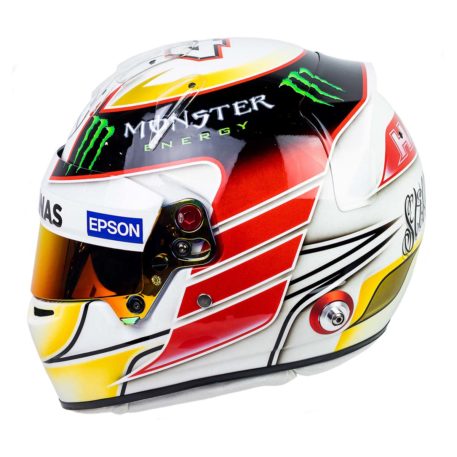 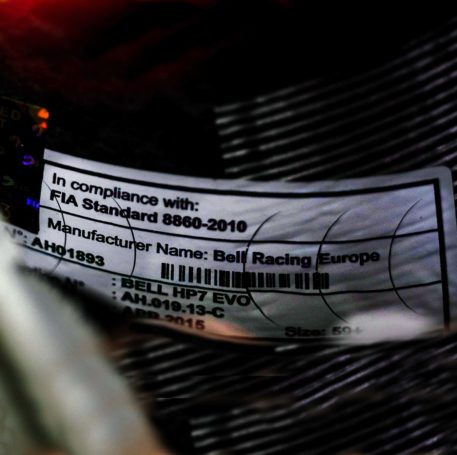 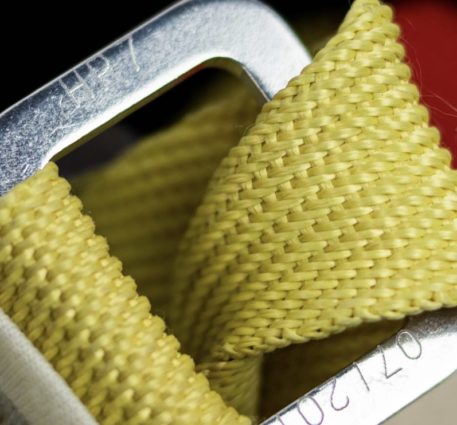 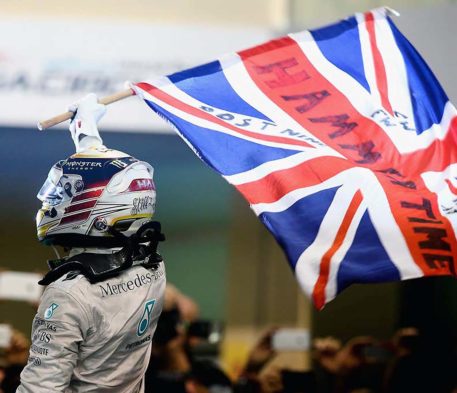 Very Rare Original Bell Racing Products helmet painted in the helmet design of six-time Formula One World Champion Lewis Hamilton. The helmet was used for media and display purposes at a Bell retailer and was one of the first designs painted for Hamilton as he had switched from Arai to Bell.

The eye-catching design, painted by Bell Europe, is on a white base with three metallic red side flashes. It has sponsor’s ‘Monster Energy Drink’ red-edged black ring running around the top of the helmet. On the crown is Hamilton’s race #44 with fading yellow chevrons. At the rear of the helmet are the familiar words “Still I Rise” which were taken from a book of poetry and which have the same letter font as a tattoo Hamilton has on his back.

The helmet also has ‘Ham’, an abbreviation of his name, printed in a red panel along with more yellow, black airbrushed graphics and pinstripe designs. The front chin and cheek areas have a similar design. Hamilton’s logo is on the chin and the familiar Mercedes three-pointed star is to the front top. The tinted visor has a Petronas and Epson sun strip on it. The helmet has all the fittings that Hamilton’s actual race helmet would have had, including rear aero spoiler, Hans fittings, and vent covers. With its white interior, one that Hamilton favors, makes this a truly stunning piece.

Hamilton’s helmets are much in demand and with very few race-worn helmets in the collecting market, this is as close as you will get to owning a genuine, fully carbon race helmet from one of the all-time greats.