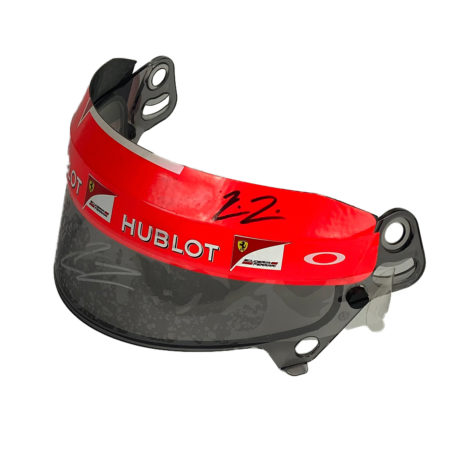 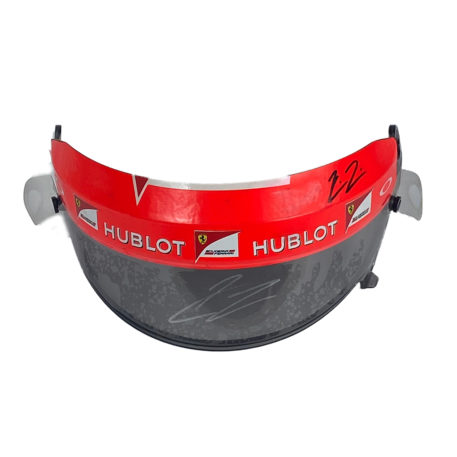 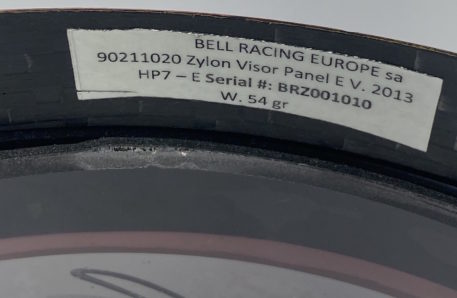 Fantastic opportunity to own this rare original race-worn Bell helmet visor used by fan favourite Kimi Räikkönen. This twicw-signed visor not only includes a carbon zylon panel but it has an original tear-off as when it was last used. In 2014 Kimi, driving his Ferrari F14T, made his return to the team that he captured his 2007 F1 World Championship with.

Kimi continued racing for Ferrari in his second stint until the end of the 2018 season. In 2020 he became the most experienced driver in Formula 1 history with 329 Grand Prix starts. He is still considered one of the most popular drivers in the sport.

Don’t miss this rare chance to own a piece of Ferrari and Kimi Räikönen history.

This item comes complete with a Certificate Of Authenticity.