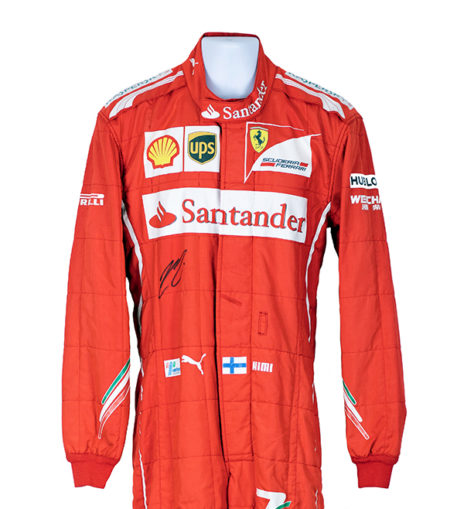 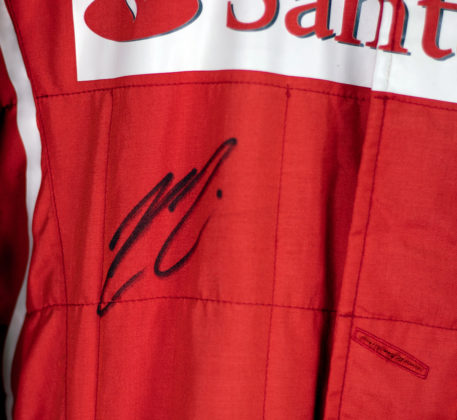 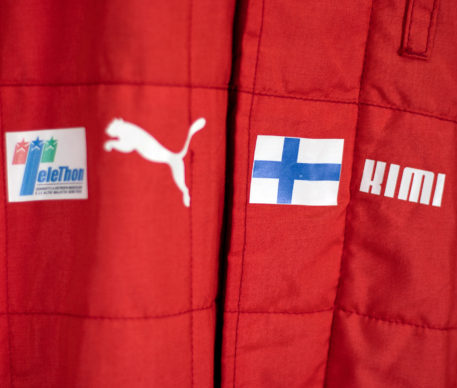 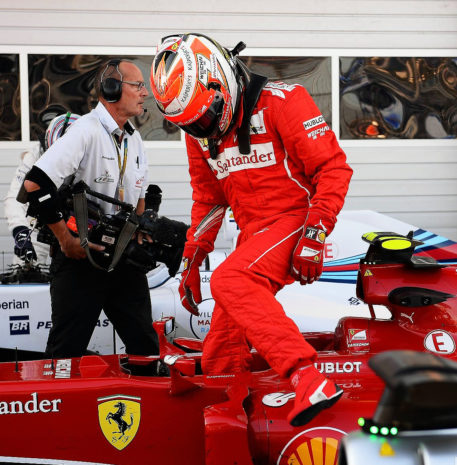 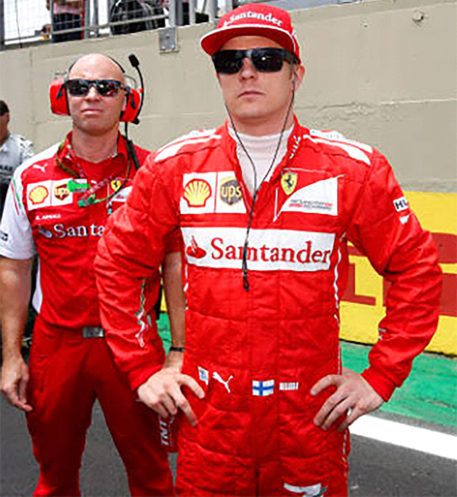 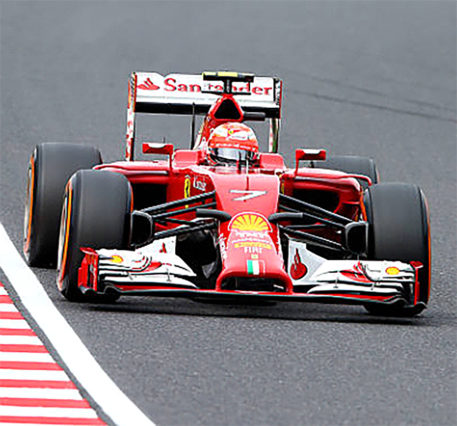 Race-used suit worn by the 2007 Formula One World Champion Kimi Räikkönen. This Puma Racing Products suit was worn by the popular Finnish driver during the 2014 F1 season after joining back up with Scuderia Ferrari team for his second stint.

The all Ferrari-red suit has the team’s major sponsor Santander printed across the front of the torso, as well as Shell Oil and UPS branding logos on the right chest. The Scuderia Ferrari logo is on the left chest and the back of the suit. There are green, white and red flashes on both arms with Räikkönen’s name and Finnish national flag on the waist. Räikkönen’s race #7 is printed on the top of the left leg.

Kimi Räikkönen has personally signed the suit on the right side. Modern-day Ferrari items do not enter the open market often, so do not miss the chance to add this excellent piece, worn by an F1 World Champion, into your collection.