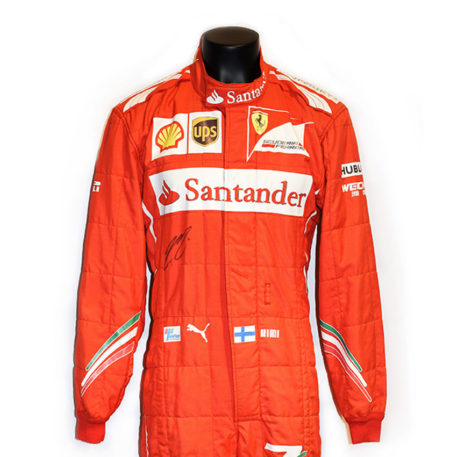 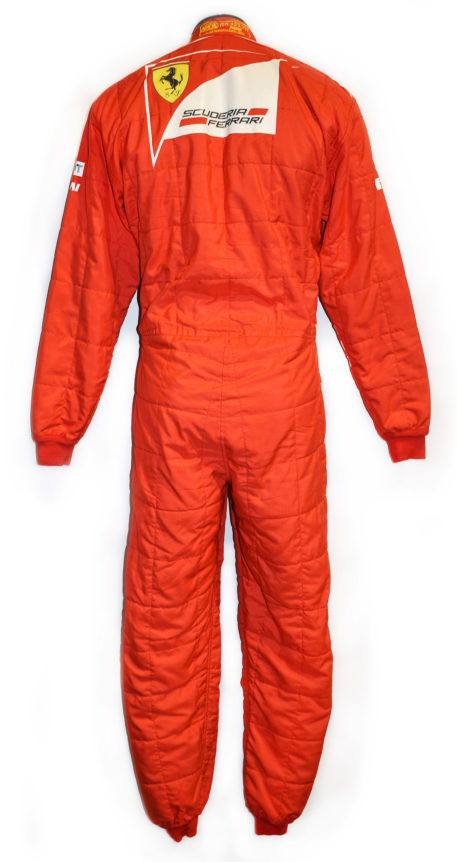 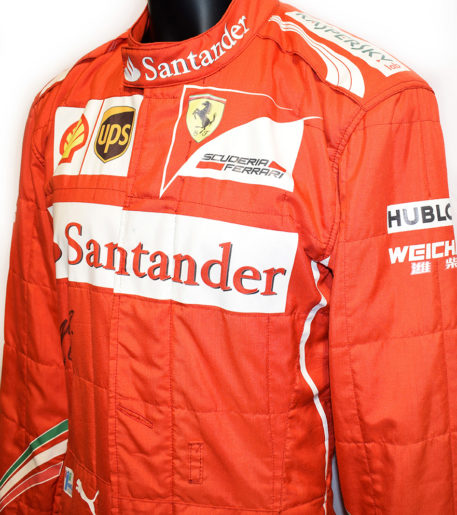 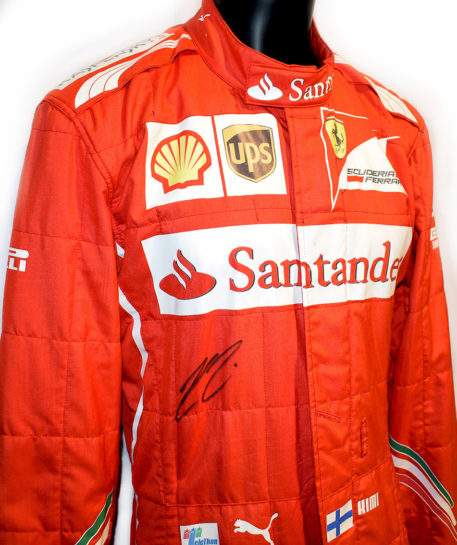 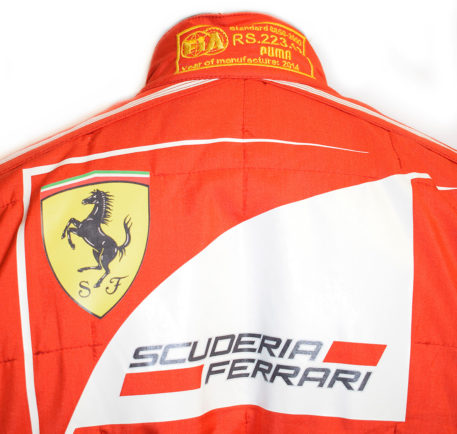 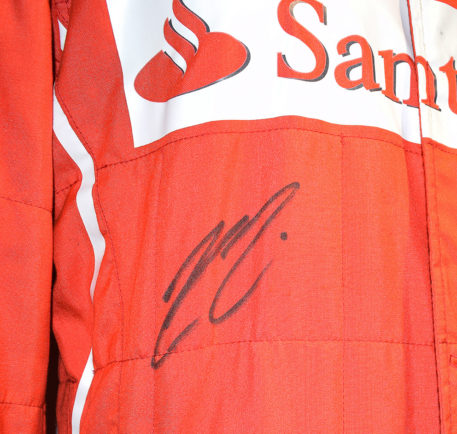 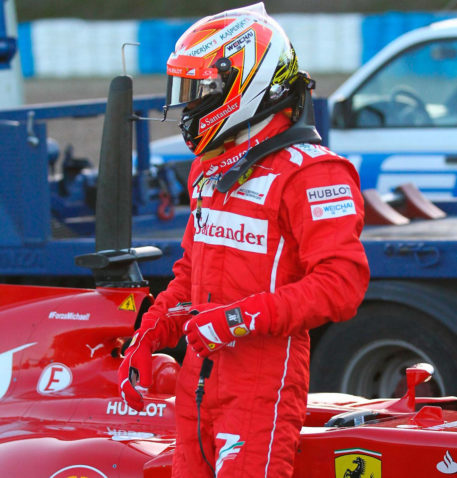 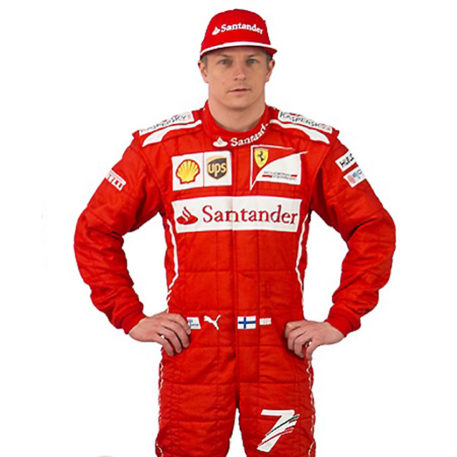 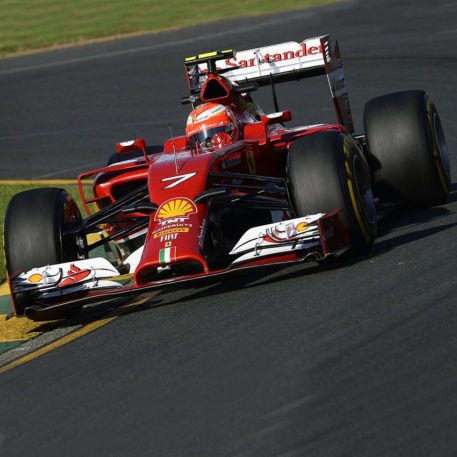 2014 saw the Finnish driver return to Ferrari after a two year sabbatical from Formula 1 driving rally cars and two years driving for the Lotus F1 team.

The bright red light weight Puma suit has the main sponsorship of Financial Services Company Santander printed across the chest and to the neck, on the right upper chest are the brandings of other sponsors Shell and UPS. The left chest has the Scuderia Ferrari logo and a larger Scuderia Ferrari logo is printed on to the back. It has Räikkönen’s race number seven to the right leg as well as his name and national flag to the midriff.

A very rare opportunity to own a Ferrari race used F1 suit from a former World Champion.

The suit has been hand signed by Räkkönen COA Included