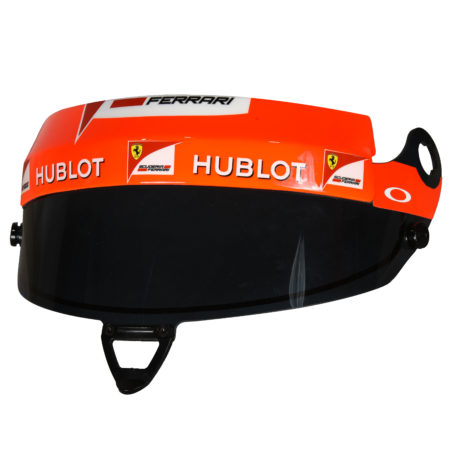 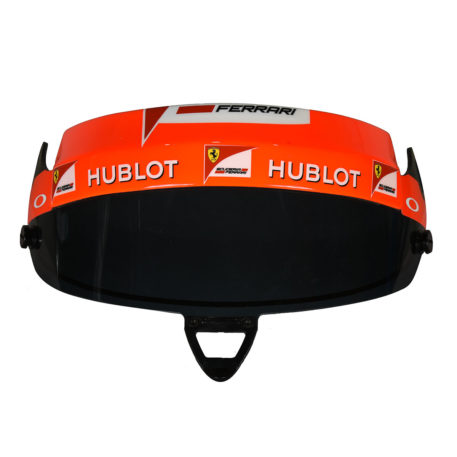 Race-used visor worn by popular Finnish driver Kimi Räikkönen. The visor was used by the Finn during the 2014 Formula 1 season driving for Scuderia Ferrari. Räikkönen first drove for the team in a three-season stint (2007-2009) during which he won his one and only F1 World Drivers’ Championship in 2007. He returned to the Maranello team in 2014 after a spell in the World Rally Championship driving for Team Lotus.