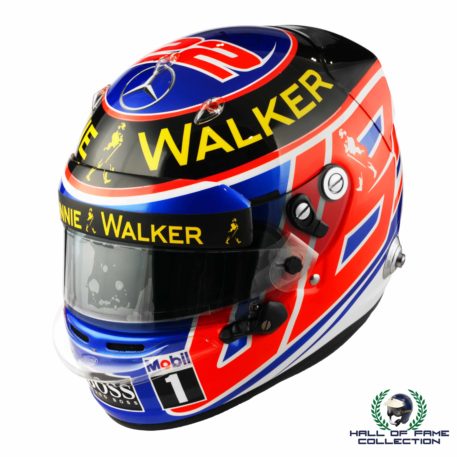 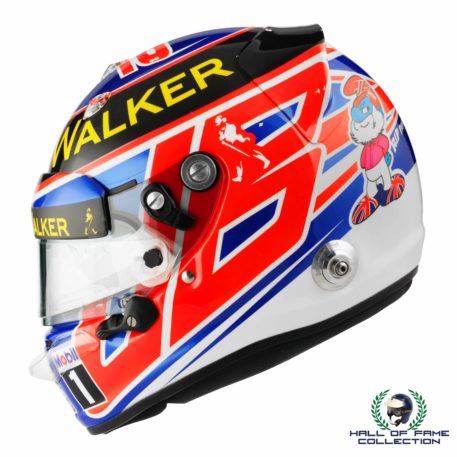 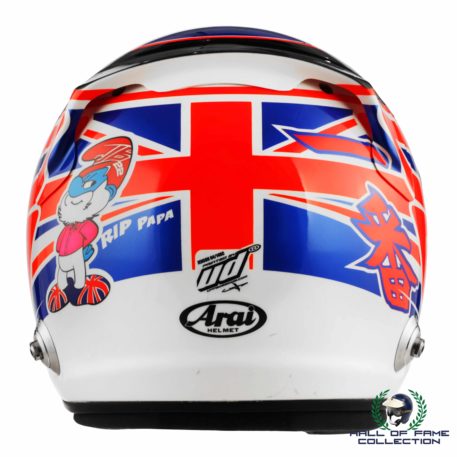 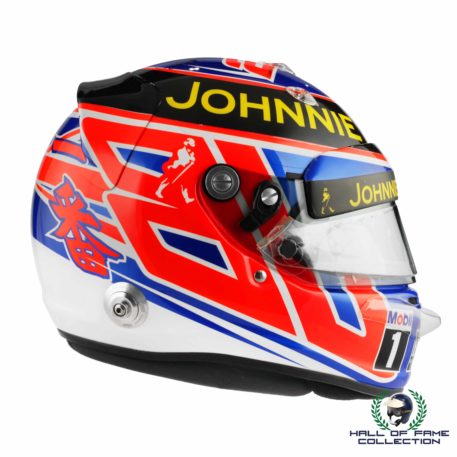 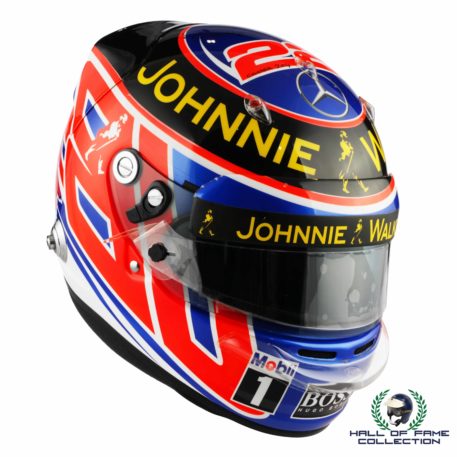 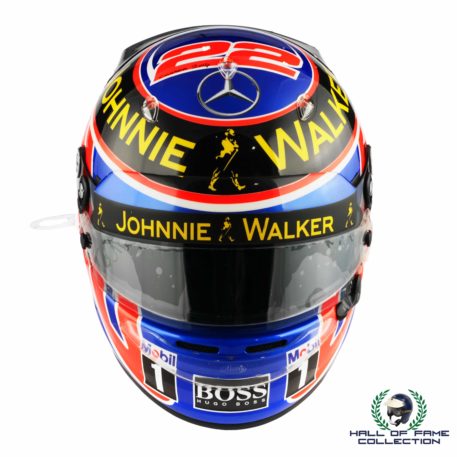 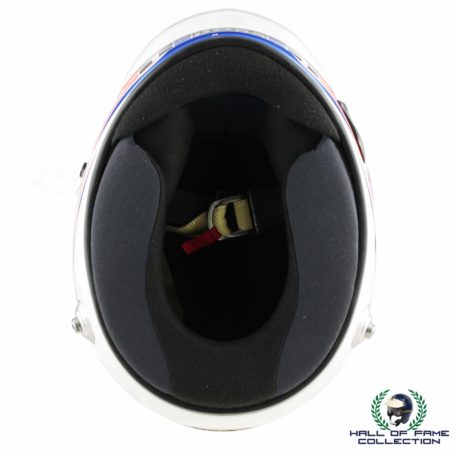 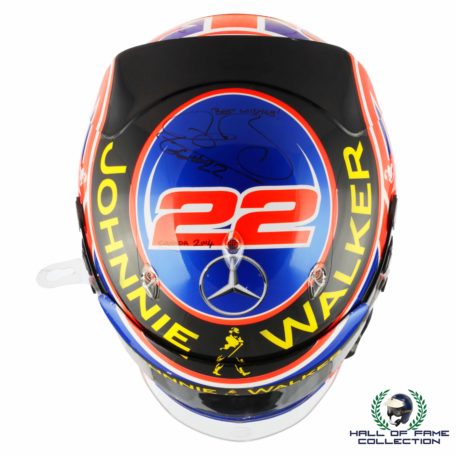 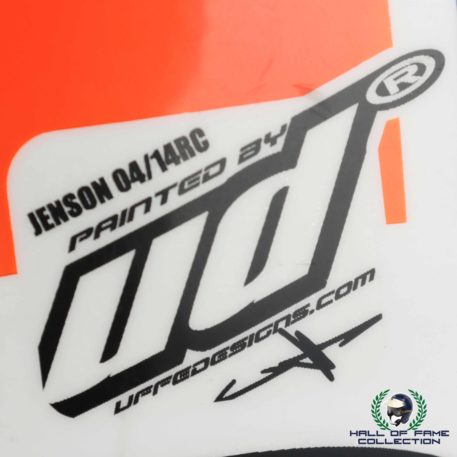 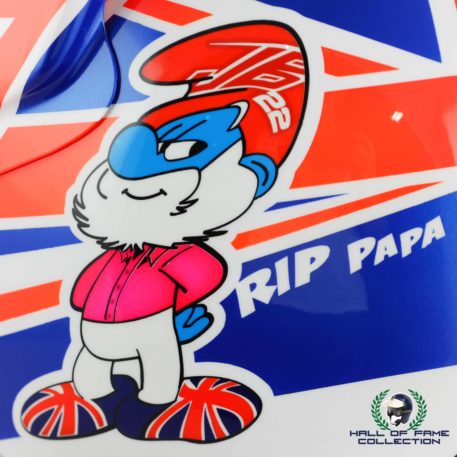 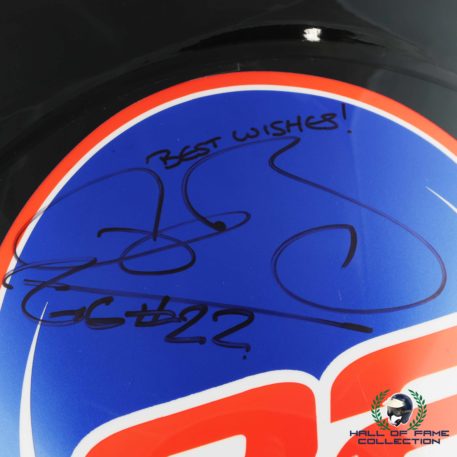 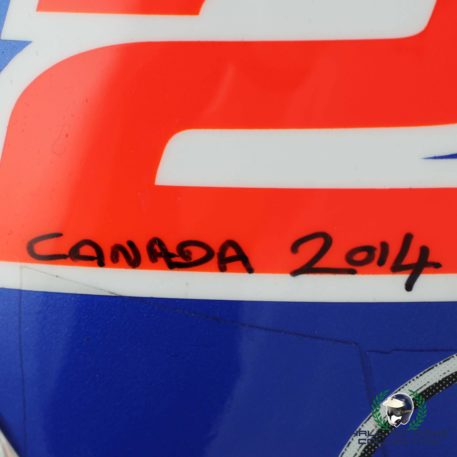 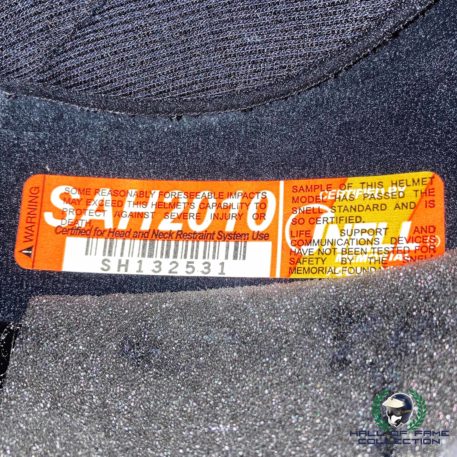 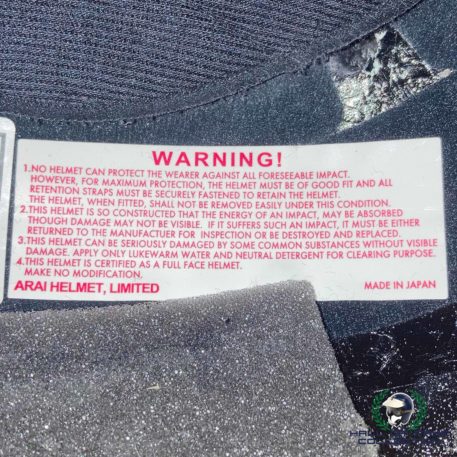 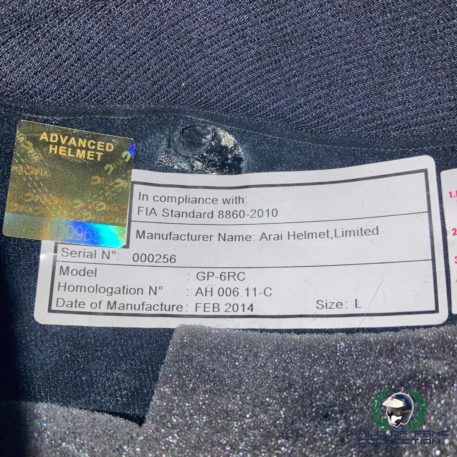 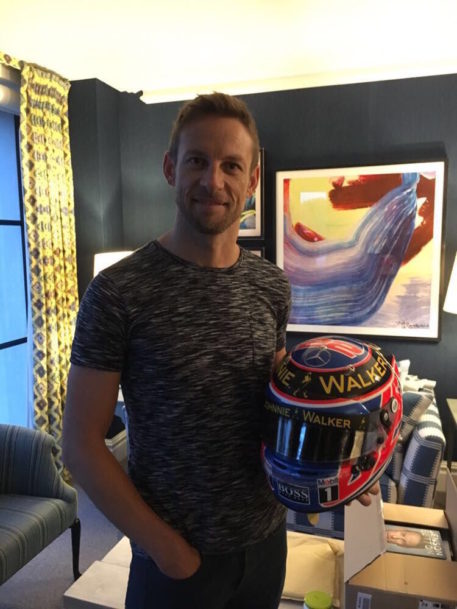 This fantastic looking helmet was hand painted by UFE Designs for Button. The British F1 World Champion was in his 5th season with McLaren in 2014 and finished in the points in 13 out of the 19 races that season. The helmet was the 4th one painted for Button and documented at the time with the following history: China Qualifying, Monaco FP1, Canada FP1 & Race, Austria FP1, Goodwood demo and Germany FP1. The helmet can be seen in many photographs including ones of his 4th place finish at the Circuit Gilles Villeneuve in Montreal,  Canada.

This Arai GP-6RC (racing carbon) was a state-of-the-art helmet at the time and comes with its original visor, tear-offs and zylon panel still attached. All the Arai added aero parts, spoiler and HANS clips are still attached to the helmet, just like they were when it was last used by the British driver. The helmet paint includes Button’s number 22, the JB on each side done in his famous Union Jack style and Papa Smurf on the back as a tribute to John Button, Jenson’s Dad, who had passed away in January of 2014.

The helmet is hand-signed and dated by Button and comes directly from his personal collection.