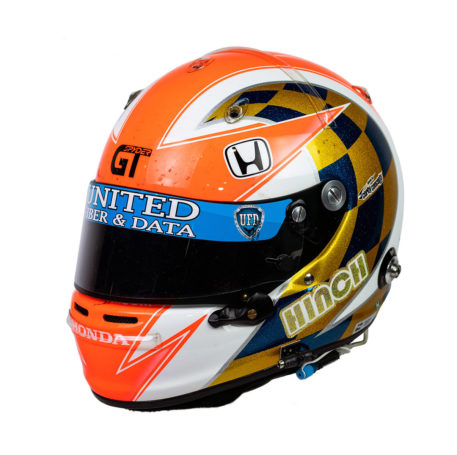 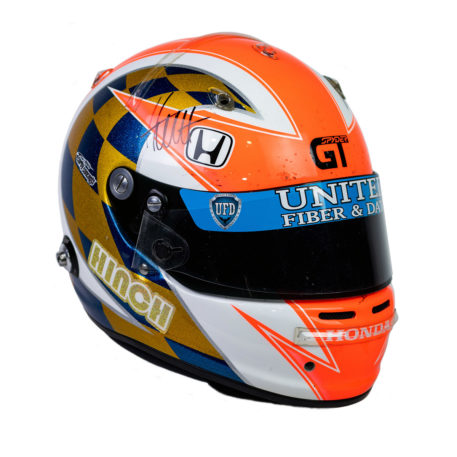 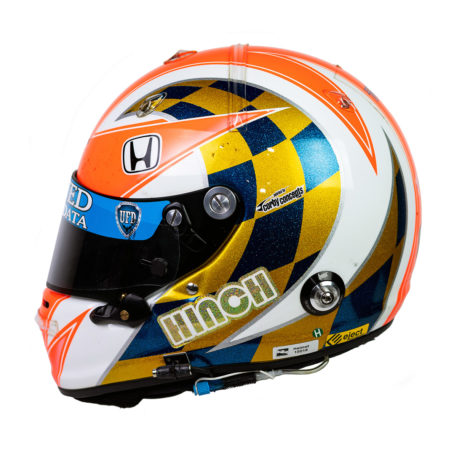 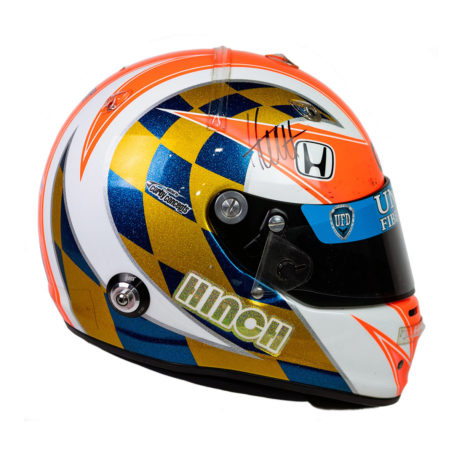 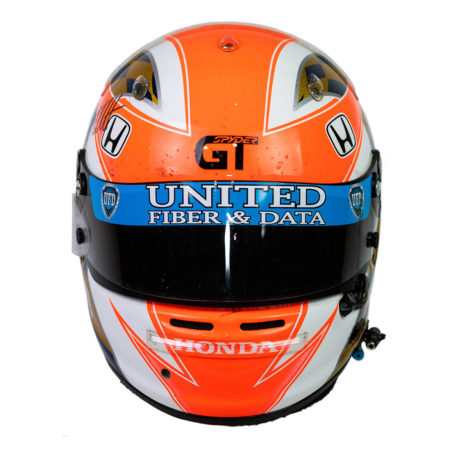 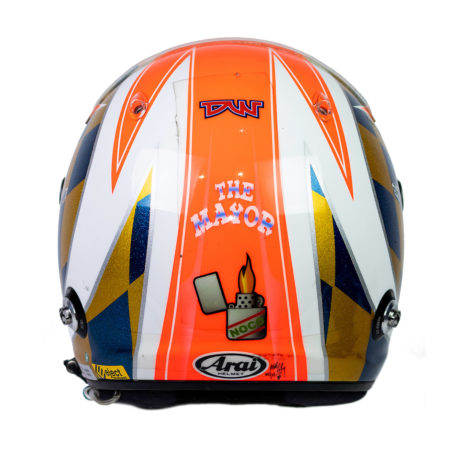 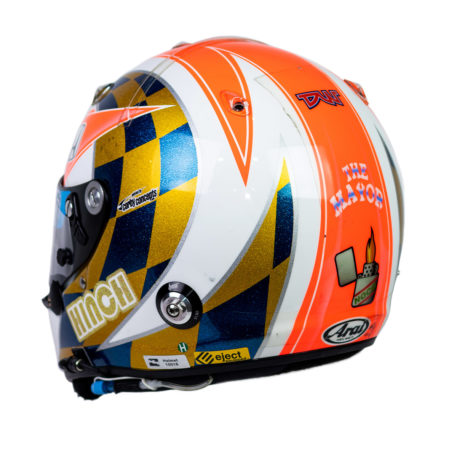 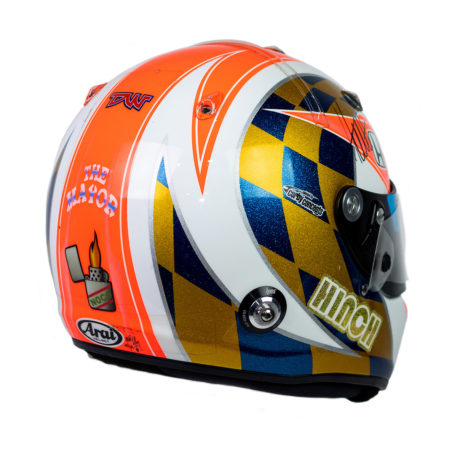 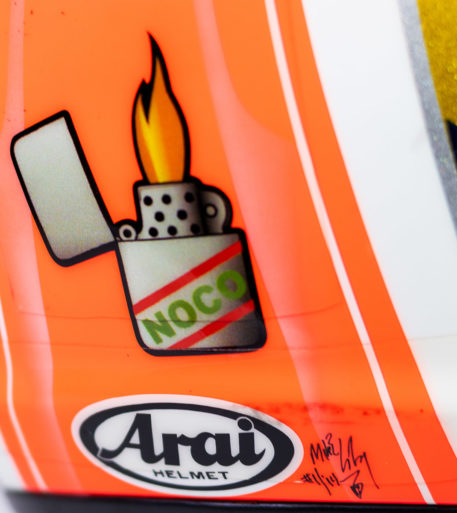 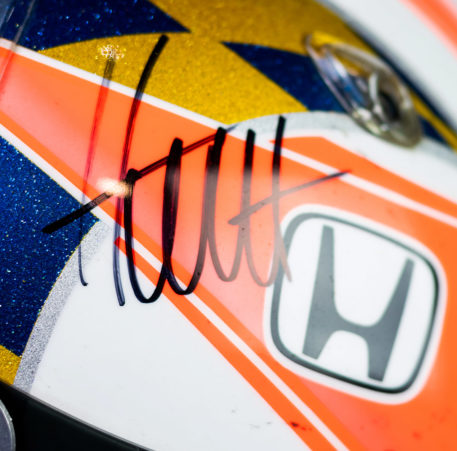 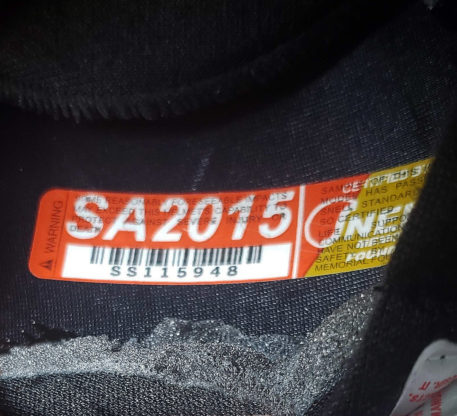 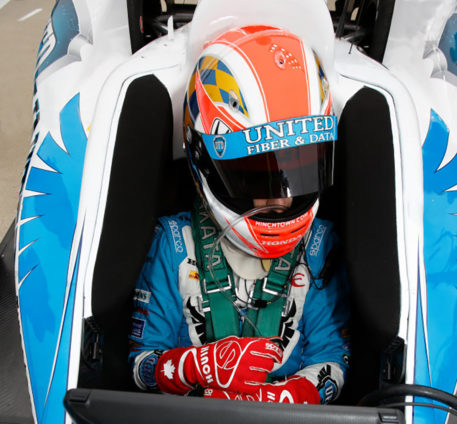 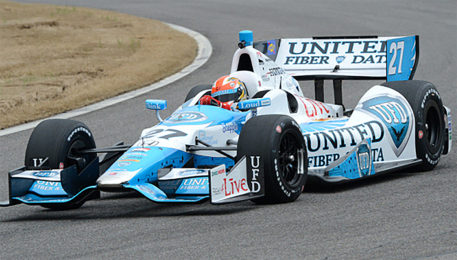 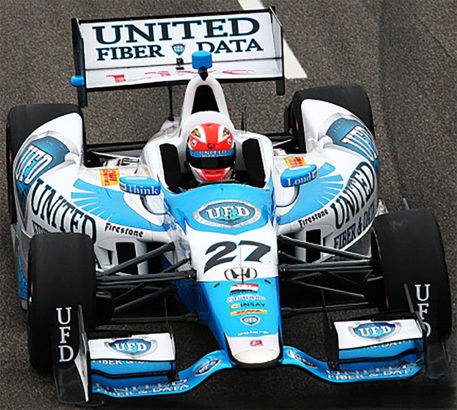 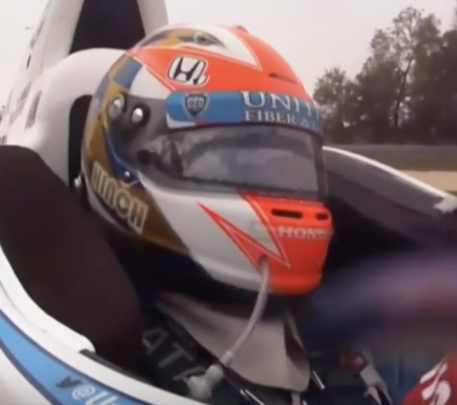 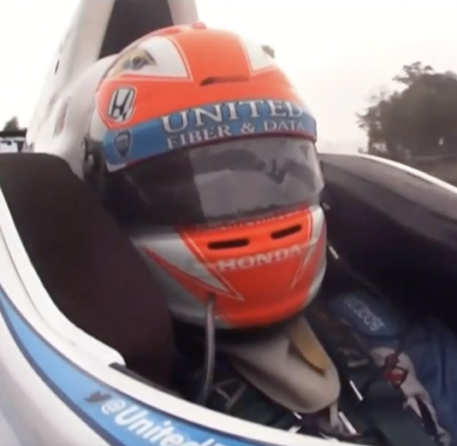 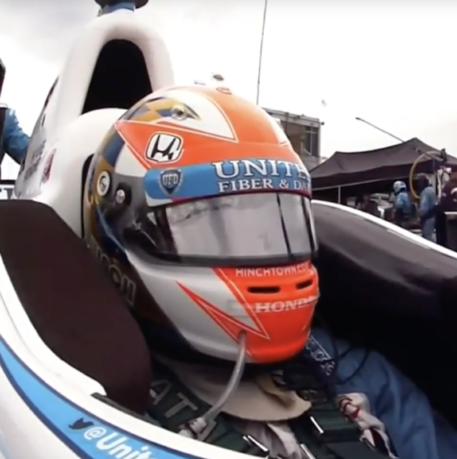 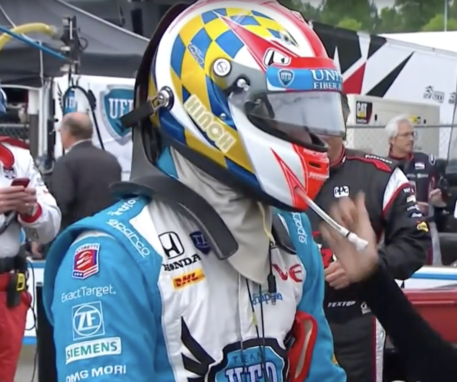 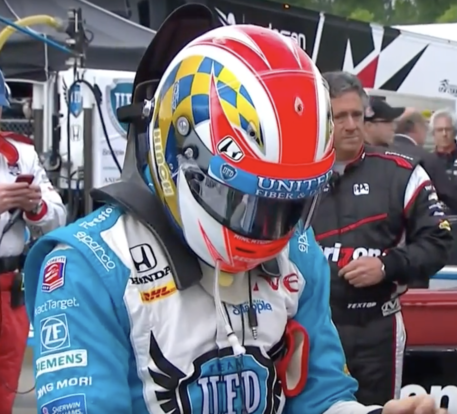 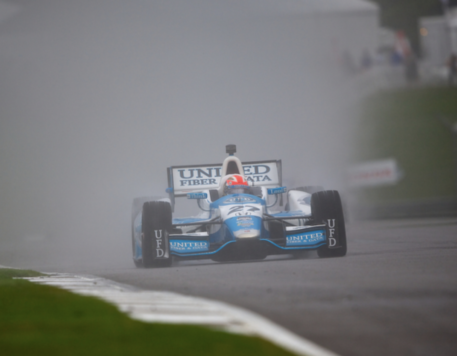 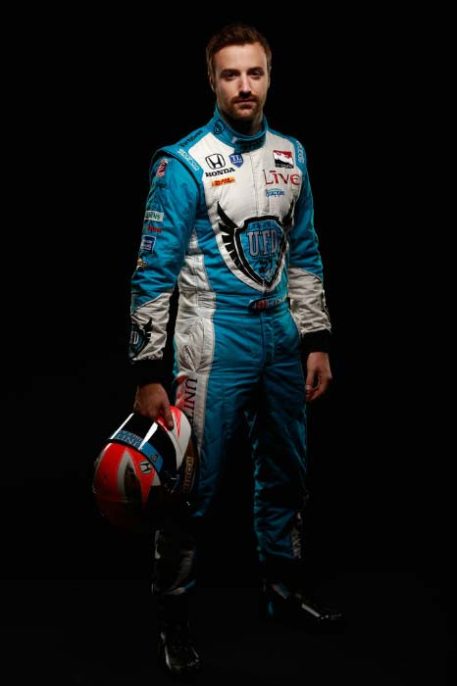 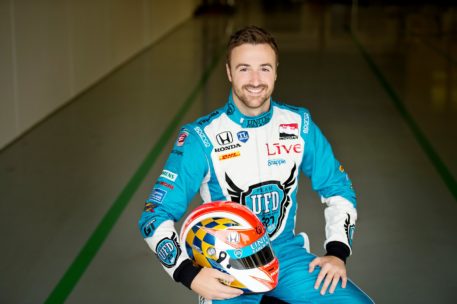 This Arai helmet was used by popular Canadian and IndyCar fan-favorite James Hinchcliffe. The helmet was the first helmet of the 2014 season and used in preseason testing at Barber Motorsports Park with the regular “non Zylon panel” visor. In 2014 the new visor panel was made mandatory by the time the race season started and many drivers only had one or two of these visors fitted with the panel for use. The panel visor was added to this helmet and used several times over the remainder of the 2014 season. This included the wet Friday qualifying at the Grand Prix of Indianapolis which saw Sebastian Saavedra score a surprise pole due to getting an early dry lap in before the heavens opened. The helmet also appeared during race day at The Grand Prix of Alabama at Barber Motorsports park. Hinchcliffe qualified on the front row with Will Power and ran a large part of the wet race in 2nd place. A fuel probe issue caused him to drop some positions and he finished 7th.

This helmet painted by Corby Concepts has a wide fluorescent orange arrow running over the top (back to front) this has a white band either side. There is a scalloped metallic gold and blue edged in silver design to both sides of the helmet which is a tribute to Hinchcliffe’s hero greg Moore. The back of the helmet is an image of a lit ‘zippo’ lighter, above this is Hinchcliffe’s ‘The Mayor’ moniker and a Dan Wheldon ‘DW’ sticker in respect of the late Indy 500 Champion. The helmet has both its radio and Hats Off system sill installed and its Indycar series tech sticker attached.

The helmet is also seen at Indianapolis for the photo shoot advertising the “Hinchtown Hammerdown” Beer. This was likely after he last used it at the GP of Indianapolis wet session where the original “non zylon” visor was placed back on the helmet and it is how it remains today.

The helmet has been personally signed by James Hinchcliffe and will be accompanied by a full Certificate of Authenticity.

Please see our other listings for many other James Hinchcliffe race-used items including the vey rare 2014 matching suit.

With very few race used items from this popular driver in private hands this helmet is likely to sell fast.