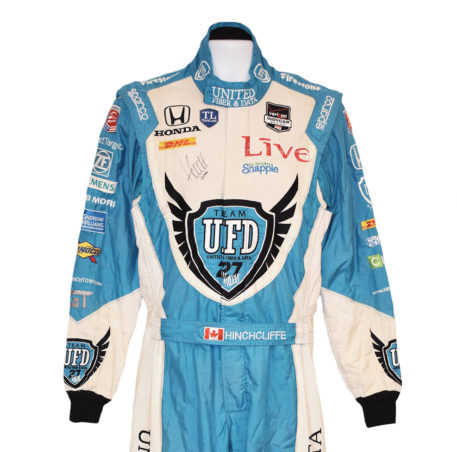 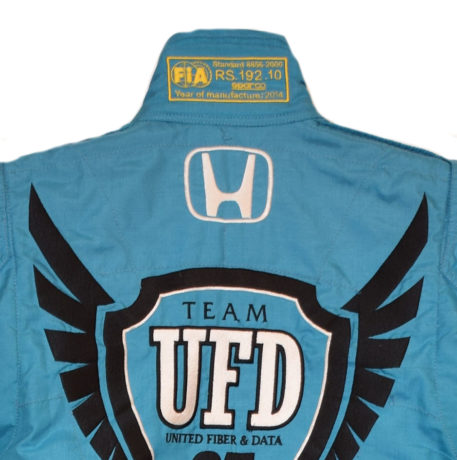 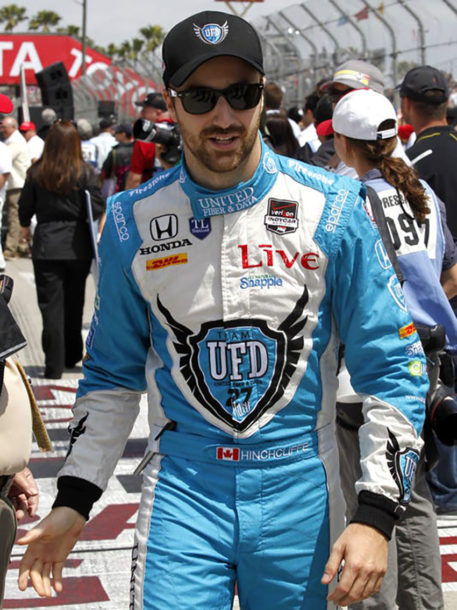 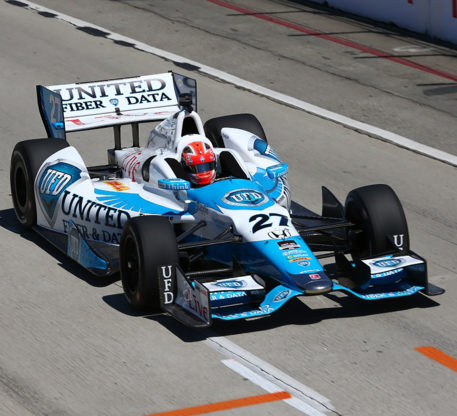 Race worn suit used by the popular Canadian driver James Hinchcliffe during the 2014 IndyCar series. This sharp looking suit has sponsor’s UDF light blue and white colors and the company’s winged logos prominently placed on the front, back arms, legs, and neck of the suit. UDF’s lettering also runs down both legs. Many other sponsor/suppliers branding is applied to both arms and chest including Sunoco, DHL and Sherwin Williams to name but a few.

The suit is personally signed and dated by James Hinchcliffe and comes with a full Certificate of Authenticity.

This is a great looking suit that would look good in any collection.