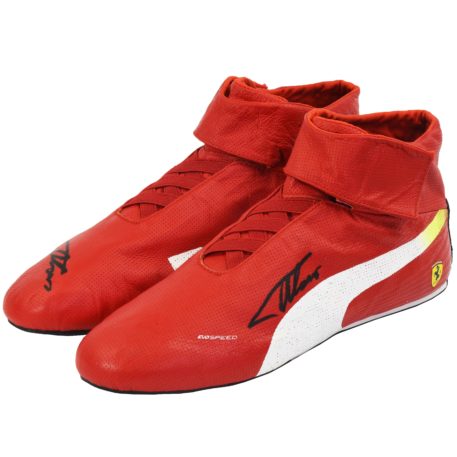 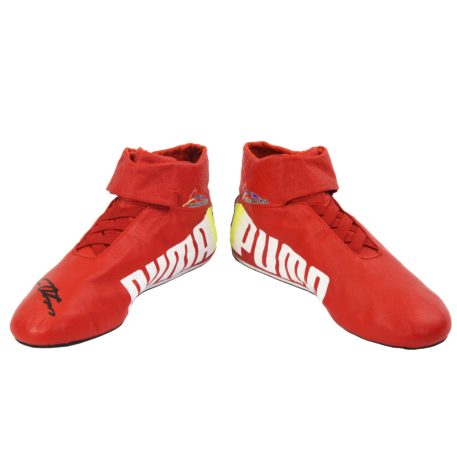 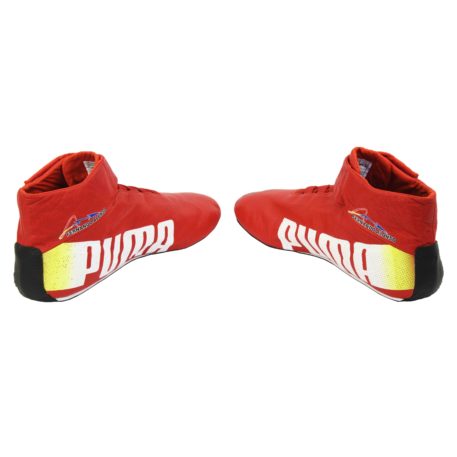 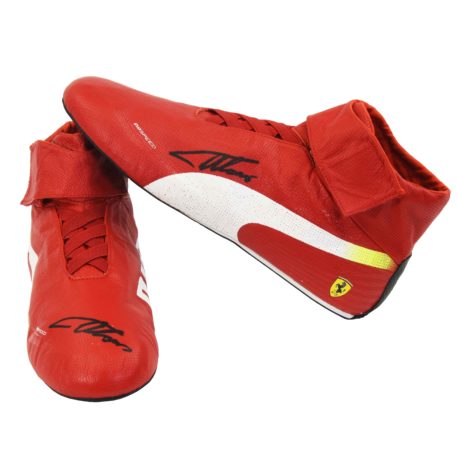 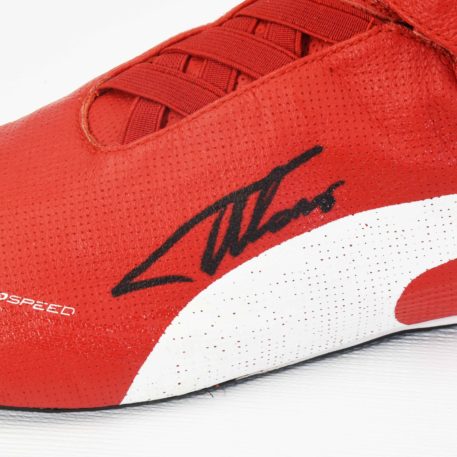 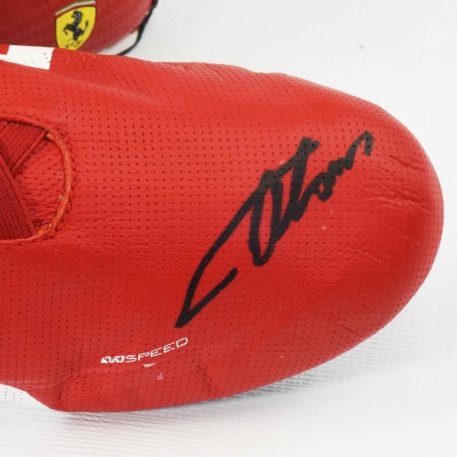 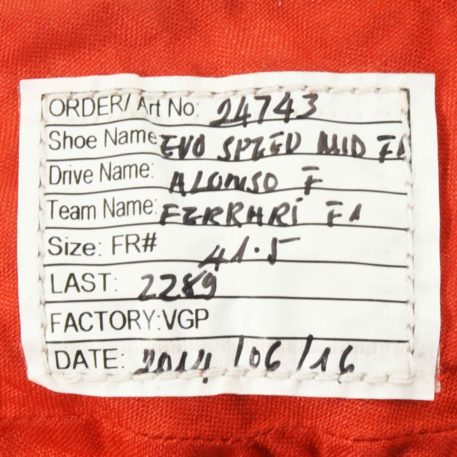 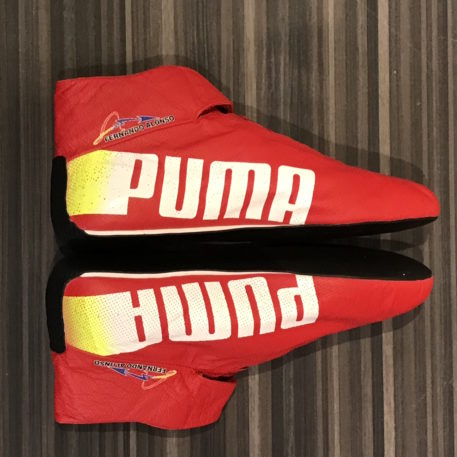 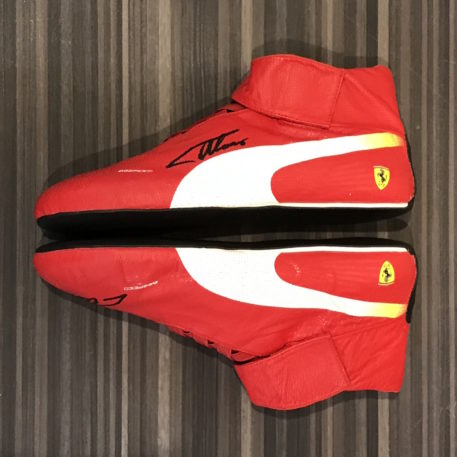 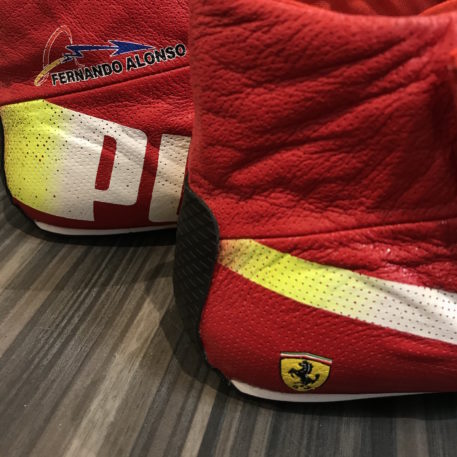 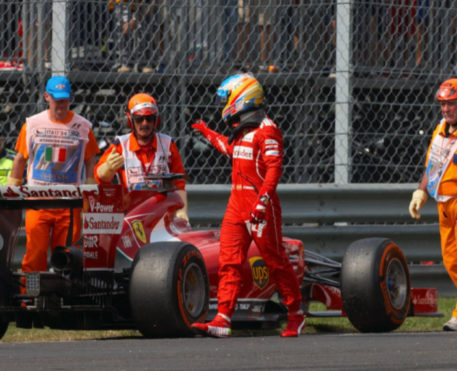 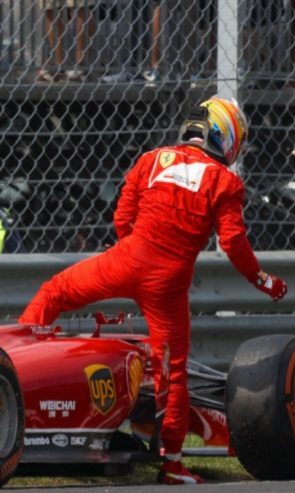 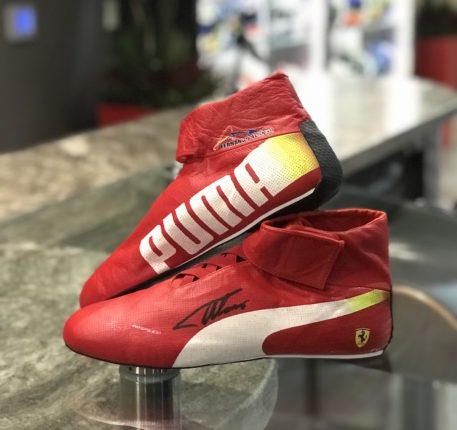 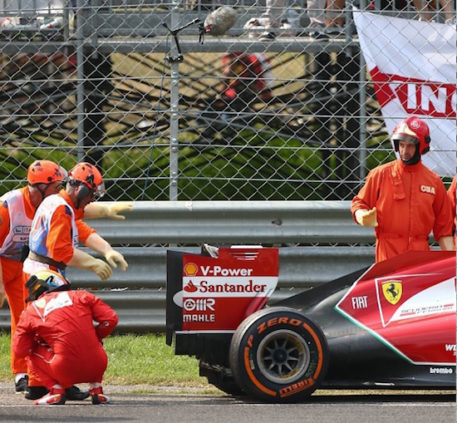 These Puma boots were worn by Fernando Alonso during the 2014 season while driving for Scuderia Ferrari. Alonso would score podiums in the Chinese Grand Prix (3rd) and in the Hungarian Grand Prix (2nd) but wasn’t able to climb to the top step of the podium all season due to the dominance of championship-winning Mercedes. He would finish the season in 6th place in the Drivers’ Championship with 161 points.

Alonso has signed both boots and they come with a Certificate Of Authenticity.