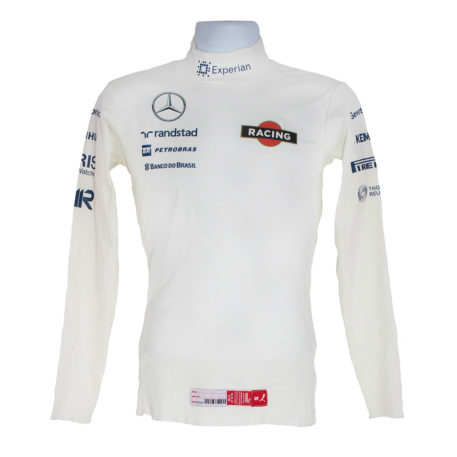 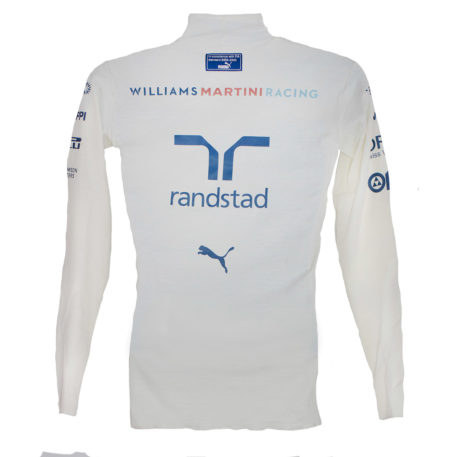 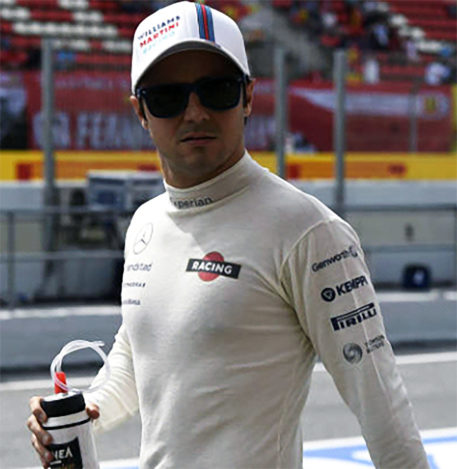 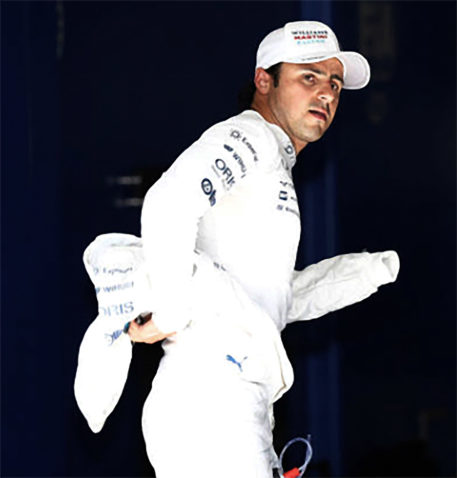 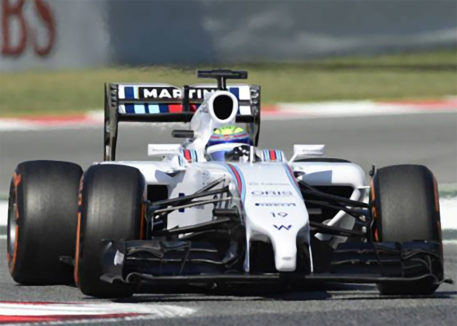 A Nomex undershirt race worn by Brazilian driver Felipe Massa, during his first F1 season with Williams Martini Racing Team in 2014. Worn while driving a Williams FW36, where had seven top-five finishes including three on the podium. This Puma Racing Products flame-resistant undershirt has the printed brandings of sponsors and suppliers that include Mercedes, Martini, Randstad, and Experian to name just a few.

Nice item to add to your collection.