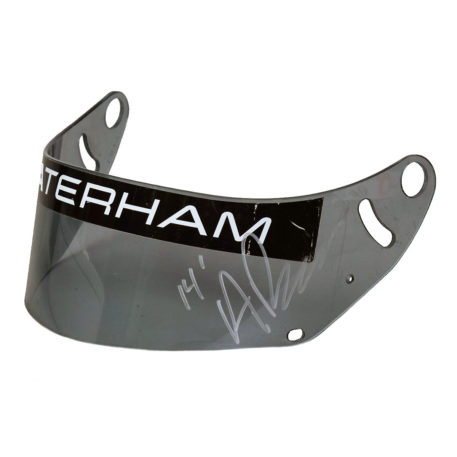 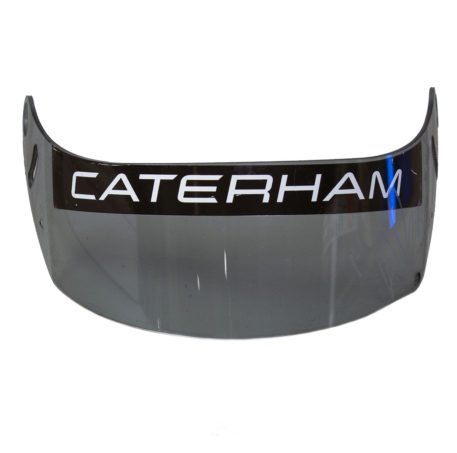 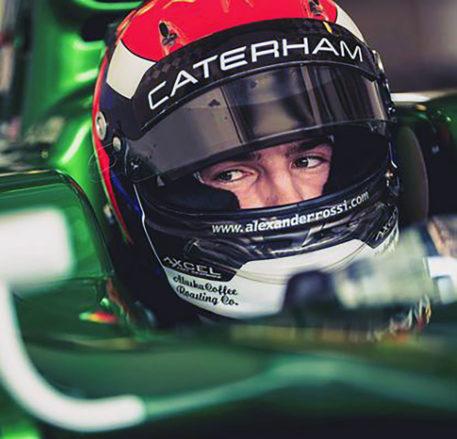 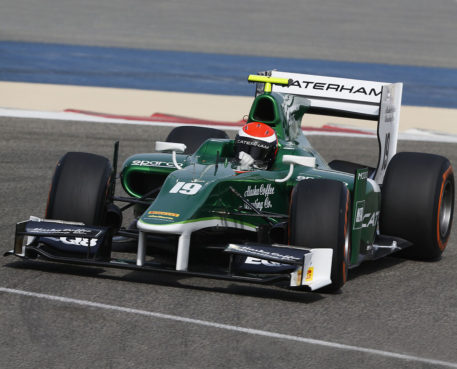 Visor used by American driver Alexander Rossi in 2014 while driving for the EQ8 Caterham Racing team. He was their number one driver in the GP2 Series and also the Caterham F1 team’s test driver. The visor has a black Caterham sun strip. It has also been personally signed and season dated by Alexander Rossi in silver Sharpie pen.