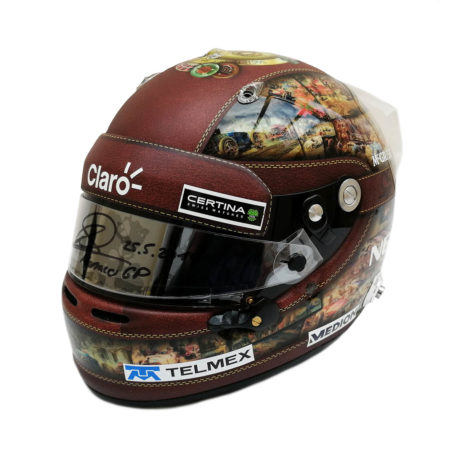 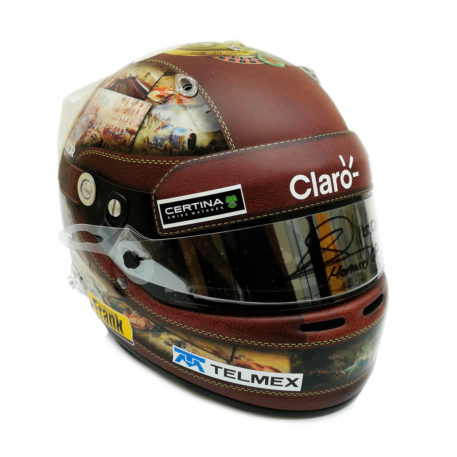 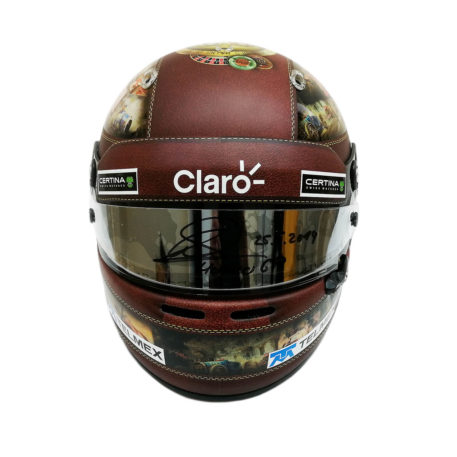 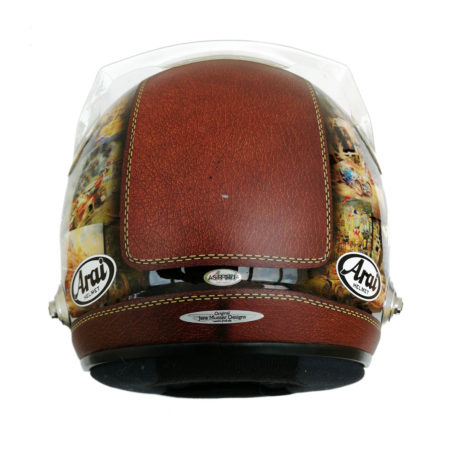 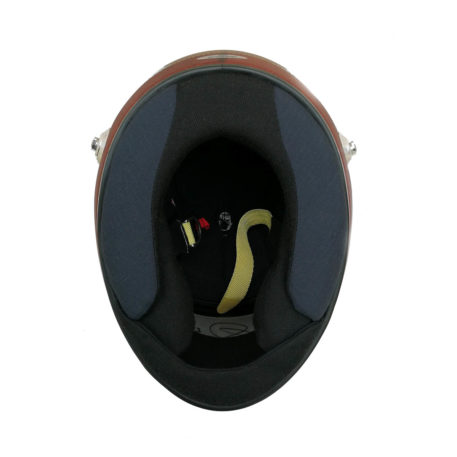 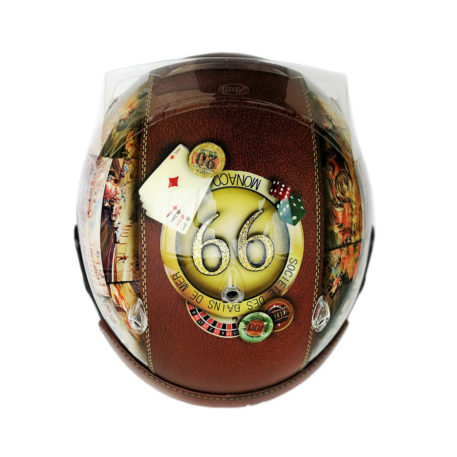 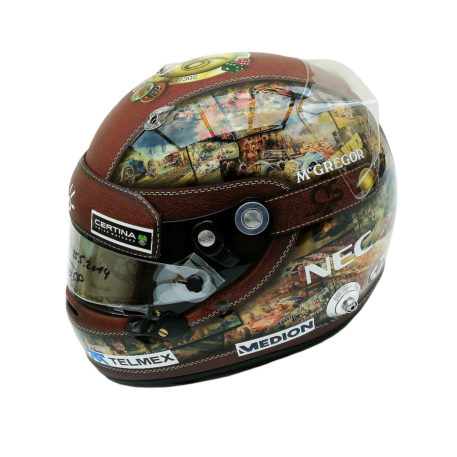 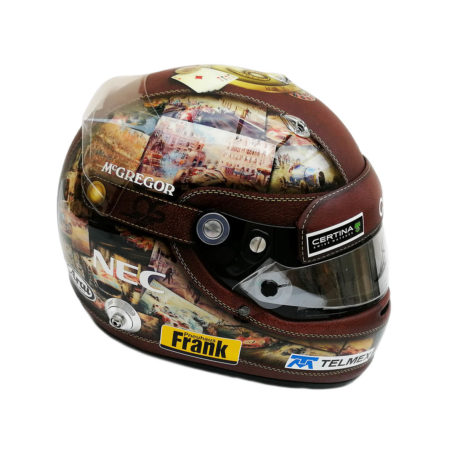 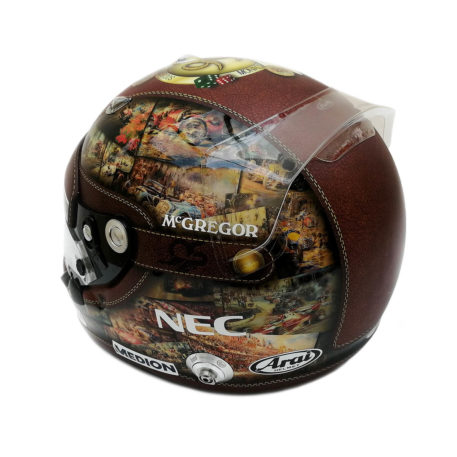 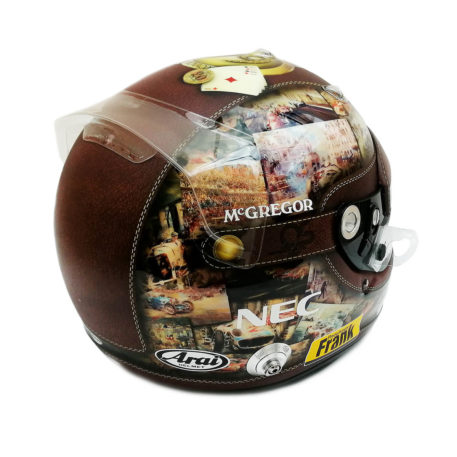 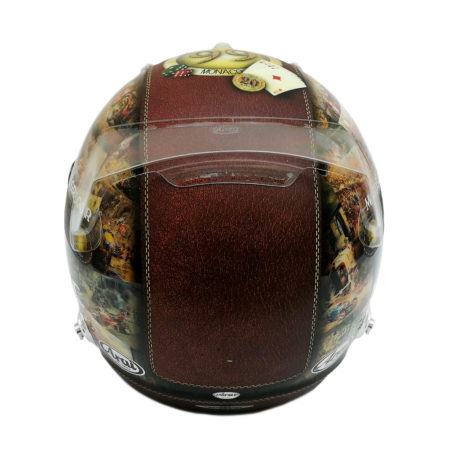 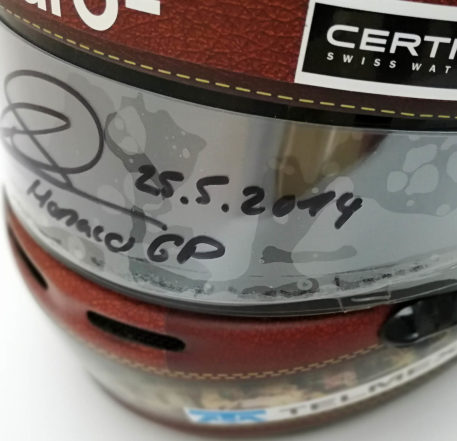 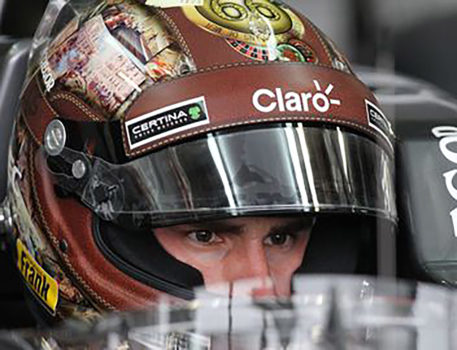 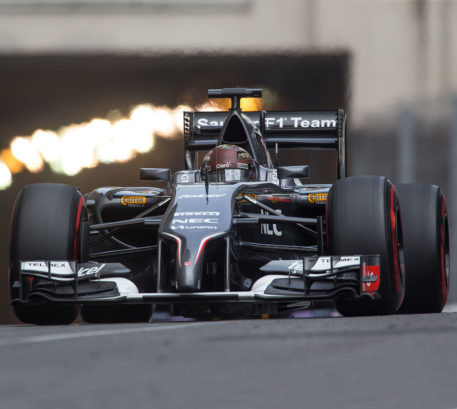 This helmet and design was used by Sutil for the 2014 Monaco Grand Prix. The 2014 season was Sutil’s first with the Ferrari powered Sauber F1 Team. It is also to date, his final F1 season.

This extraordinary Arai GP-6RC helmet painted by JMD has many scenes from previous Monaco Grand Prix around the helmet. It has bands of brown leather effect, edged with stitching around the eye port and over top front to rear. There is also a ‘strap’ from the visor bolt around both sides. The leather effect is also applied to the top of the visor. On the crown of the helmet there a gold circle with Sutil’s race number 99 in glitter. This is surrounded by images of gambling chips, Playing cards and dice. The helmet also wears many sponsor decals including NEC, Telemex and Claro. It is personally signed, dated and race documented by Adrian Sutil.

This helmet would be a standout item in and collection.