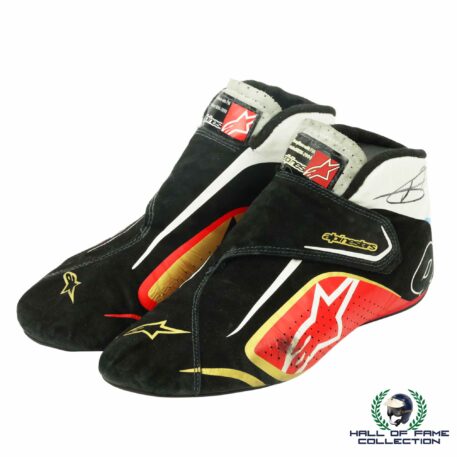 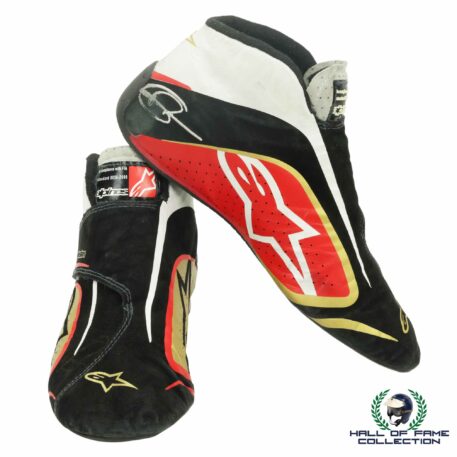 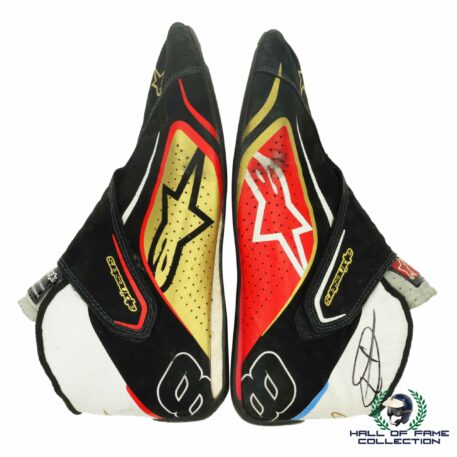 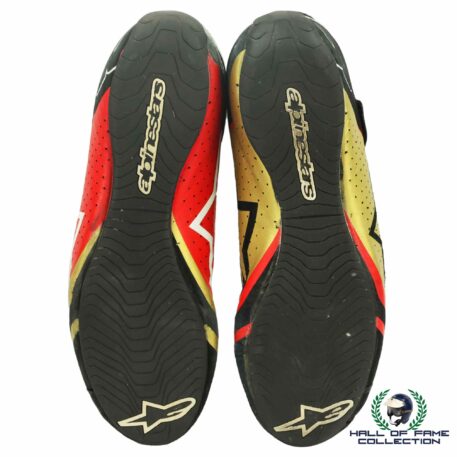 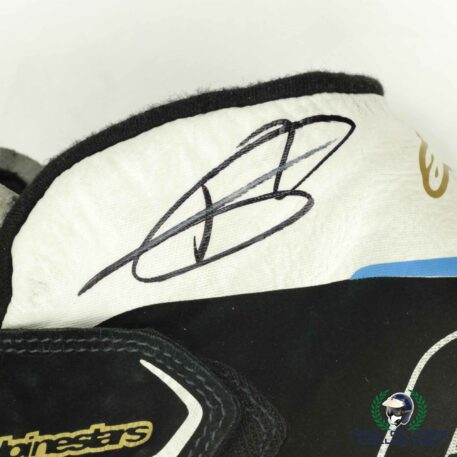 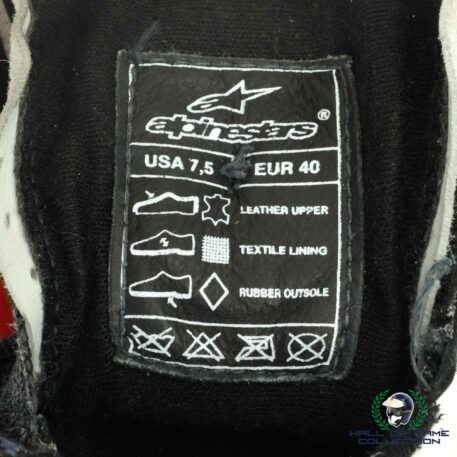 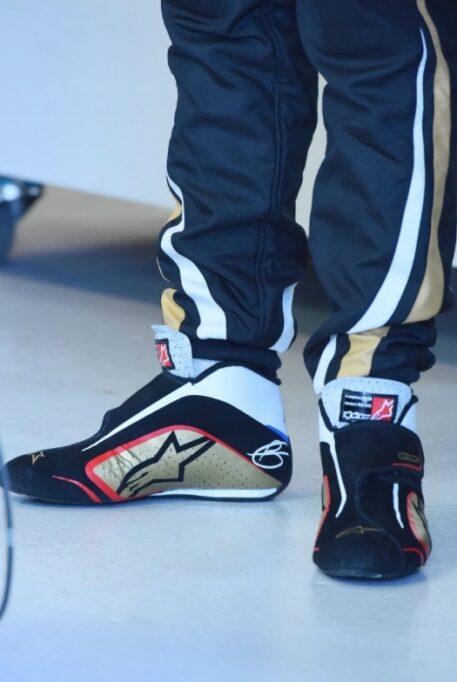 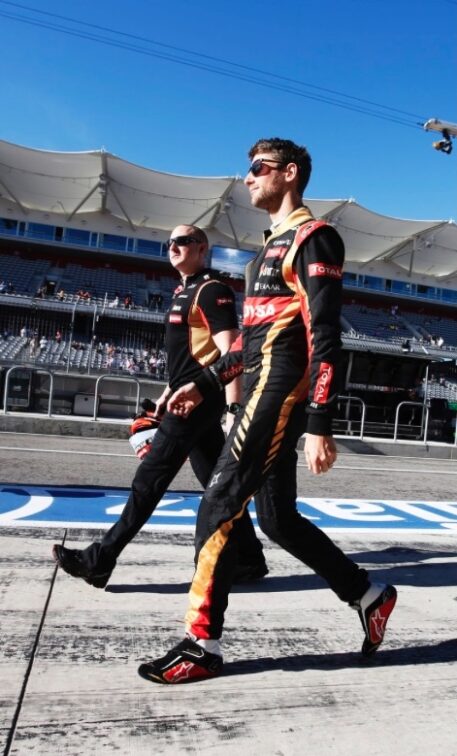 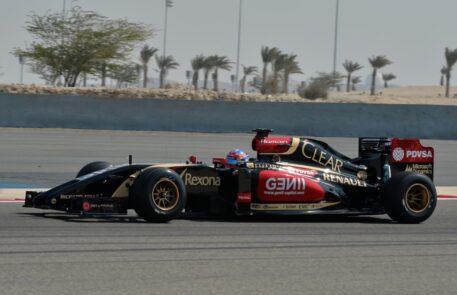 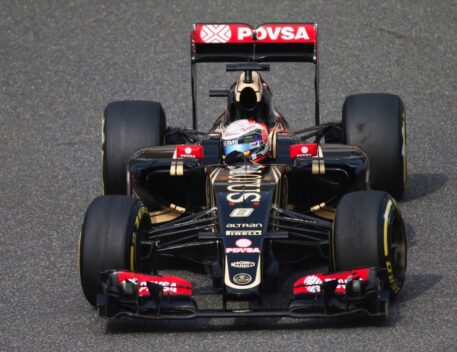 A unique pairing of boots from his final two seasons with Lotus team. The boots display really well together as the gold and red theme was swapped between the two years on otherwise identical boots. The Frenchman scored 10 podiums while driving for the Lotus F1 Team. A fiery crash in 2020 ended his F1 career but a move to IndyCar in 2021 has given the fan favourite a new chance at competing for race wins and championships. Grosjean will run the full 2022 season for Andretti Autosport.

Both boots are signed by Grosjean, one boot is signed in gold pen on the toe and the other in black marker on the white cuff. They come with a Certificate of Authenticity