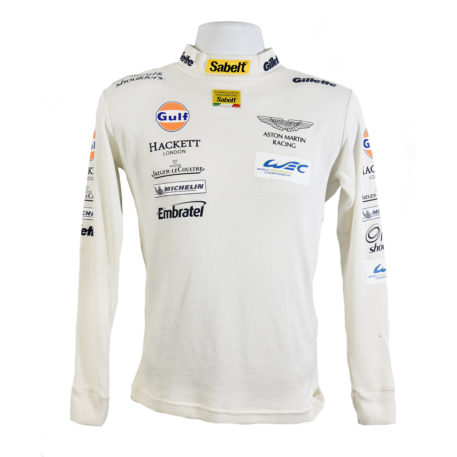 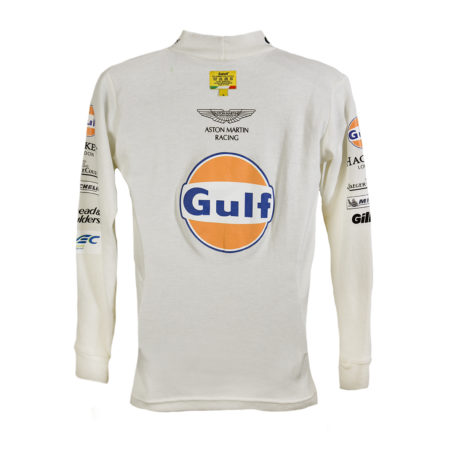 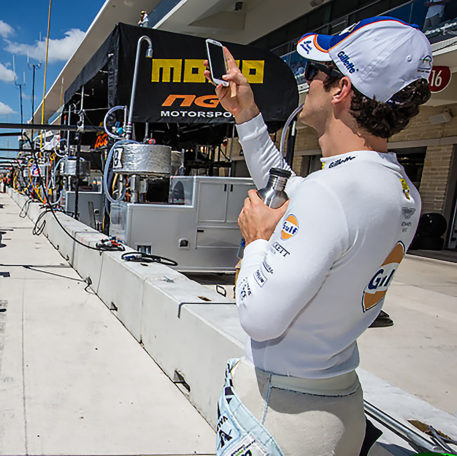 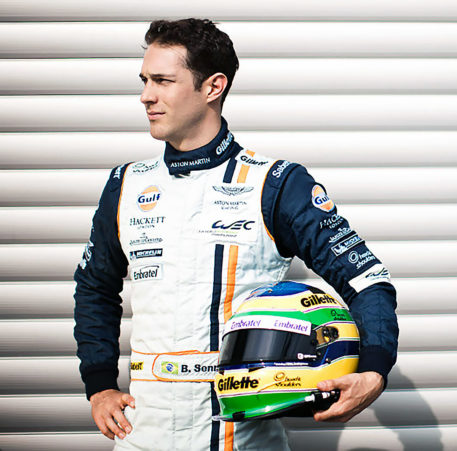 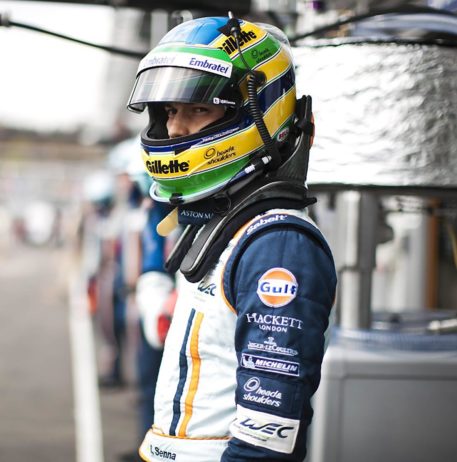 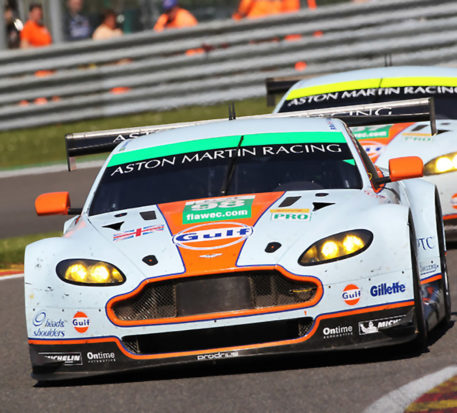 A team Aston Martin Gulf racing Nomex undershirt worn by Brazilian racing driver Bruno Senna. This shirt was used by the former F1 driver during his two years driving for the Aston Martin endurance sportscar team while competing in the 2013/14 FIA World Endurance Championships. Over the two seasons, he drove an Aston Martin Vantage GTE in ten events winning two and recording two other podium finishes. Senna is the nephew of the late Ayrton Senna and can be seen wearing the undershirt in the pits before an event (see pictures).

The undershirt comes with a full Certificate of Authenticity.