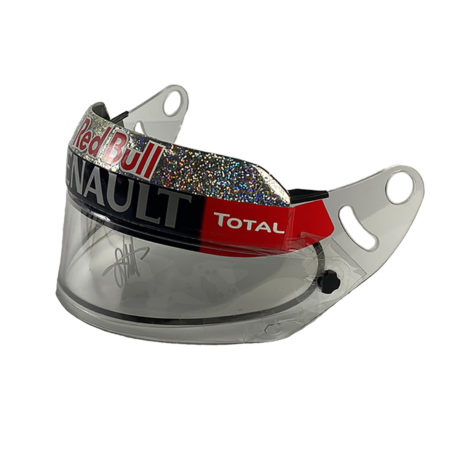 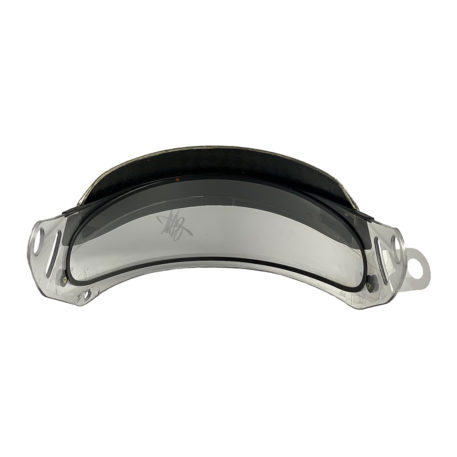 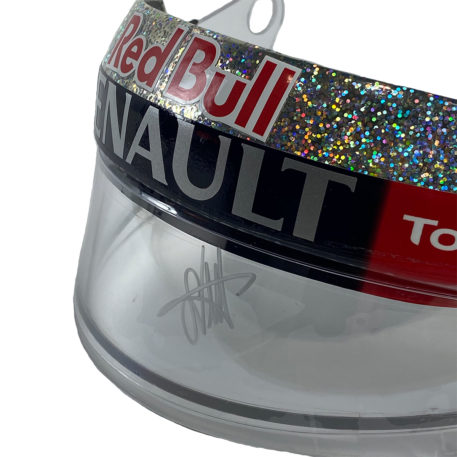 Helmet visor race-used by Sebastian Vettel during the 2013 Formula One season. Vettel successfully defended his World Championship, winning his fourth consecutive title in the fourth to last race of 2013. In doing so he became the third driver to date in Formula One’s 64 year history to win four consecutive World Drivers’ Championships. This would be his last Drivers’ title.

The visor’s sun strip bears the main sponsors Red Bull branding logo above engine suppliers Renault’s logo as well as fuel suppliers Total logo on other side of this. The visor is signed by Vettel in silver marker pen.

This is a great opportunity to add a piece of F1 championship history to your collection.

The visor comes with a Hall of Fame Collection Certificate of Authenticity and a full sized plastic model replica helmet to display the visor on, is also included at no extra cost.